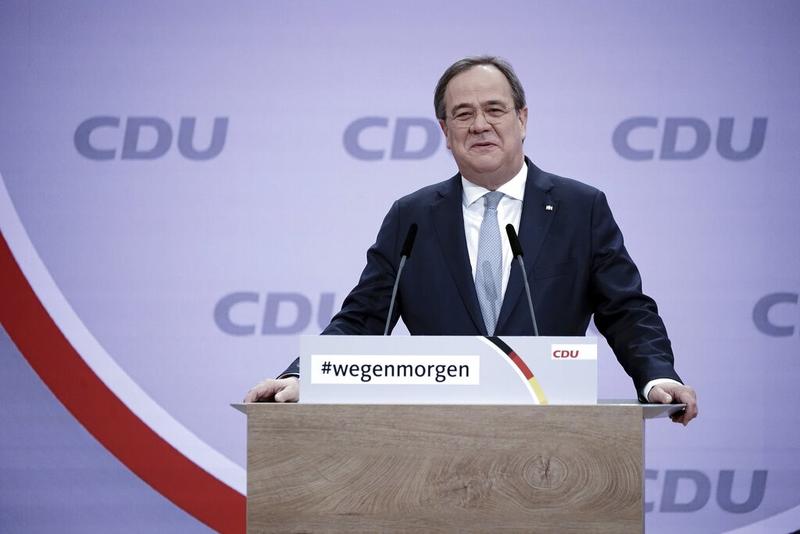 BERLIN - Germany’s Christian Democrats elected Armin Laschet as chairman on Saturday, aiming to unify their divided party behind a new leader who they hope can succeed Angela Merkel as chancellor when she steps down after federal elections in September.

Laschet said he would do everything he could to ensure the CDU and its Bavarian sister party, the Christian Social Union (CSU), could “stick together through this year”

Laschet, the premier of the western state of North Rhine-Westphalia - Germany’s most populous - won a runoff vote against Friedrich Merz, securing 521 votes against 466 for his arch-conservative rival, according to a ballot of 1,001 party delegates.

Merkel, Europe’s predominant politician and a consistent winner with German voters since taking office in 2005, has said she will not run for chancellor again, and since she stepped down as CDU leader in Dec 2018, the party has struggled to find a suitable successor.

Laschet said he would do everything he could to ensure the CDU and its Bavarian sister party, the Christian Social Union (CSU), could “stick together through this year.” 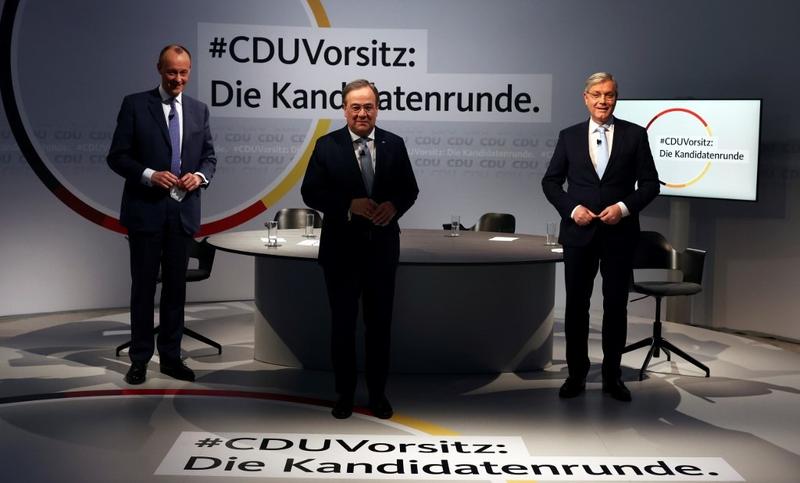 This file photo taken on Jan 8, 2021 shows the three candidates vying for the leadership of Germany's Christian Democratic Union (CDU) party, Friedrich Merz (left), Armin Laschet (center) and Norbert Roettgen, posing for photos at the end of a discussion at the party's headquarters in Berlin. (CHRISTIAN MANG / POOL / AFP)

They could then work towards making sure that “the next chancellor in the federal elections will be from the (CDU/CSU) union,” he said in his victory speech.

Saturday’s digital election will be confirmed by a postal vote with legally binding results expected on Jan 22.

Laschet, 59, presents himself as the Merkel continuity candidate, and she said last year he had “the tools” to run for chancellor, the closest she has come to endorsing anyone.

By tradition, the CDU chairman is usually - though not always - the chancellor candidate for the CDU and CSU, and the conservative bloc is on course to win September’s federal ballot.

However, polls show Markus Soeder, the CSU leader, is the conservative most favoured by voters. Some CDU lawmakers want dynamic Health Minister Jens Spahn to run for chancellor, though he has backed Laschet for the party leadership.

Merkel was succeeded in 2018 as party leader by her protegee Annegret Kramp-Karrenbauer, who struggled in the role and said last year she would step down.