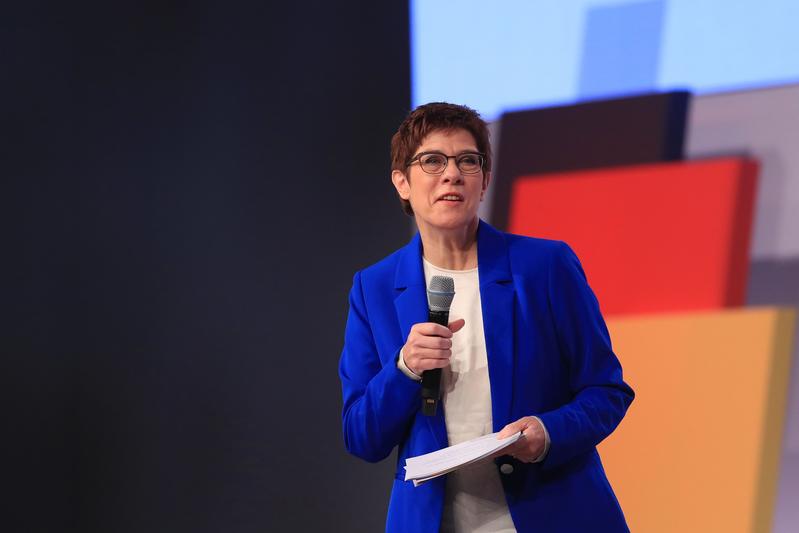 When Chancellor Angela Merkel’s embattled heir left Berlin on Wednesday, she looked like she might catch a break from her domestic woes at a routine conference in the European Parliament. By the time Annegret Kramp-Karrenbauer landed in Strasbourg, she was facing a scarcely believable crisis: an eastern branch of her party had thrown its lot in with the far right.

Across Europe, the center-right allies of Kramp-Karrenbauer’s Christian Democratic Union are wrestling with how to deal with the rising support for extremists. But in Germany, of course, that dilemma carries special weight, so a state CDU chapter’s decision to line up alongside the Alternative for Germany for the first time ever sent shockwaves through the country.

The ballot lays bare the rifts in Europe’s central nation as Kramp-Karrenbauer struggles to keep the CDU in check and her officials in the former communist east battle to stop angry voters abandoning them for the AfD.

At a moment when traditional US support is in doubt, its economic model is in question and Merkel herself is preparing to step down next year, the last thing Germany needs is a breakthrough for the kind of right-wing populism that capitalized on anti-immigration sentiment. It was the refugee crisis of 2015 that fatally tested Merkel’s grip on power and gave the AfD an opening.

For Kramp-Karrenbauer, known as AKK, it’s another blow to her authority at the head of a party she hopes to lead into the next election. She had categorically ruled out working with the AfD in Thuringia. But her local party leader Mike Mohring went ahead and did it anyway.

Fourteen months after taking the reins of the CDU, AKK has failed to get traction in opinion polls after a series of gaffes and misjudged jokes. Last year she faced a leadership struggle. The events in Thuringia, one of Germany’s lesser known states, reinforce the sense of a party that is out of control.

Indeed, even after landing in Strasbourg, AKK was unable to even get Mohring on the phone, according to a person with knowledge of the episode who asked not to be identified.

Finally, after a tense conversation, the chairwoman dispatched Zemiak, her general secretary, to make his statement in Berlin, in which he called for the government in Thuringia to be dissolved and a new election to held. AKK later echoed part of the message but indicated no disciplinary action.

The drama began in the state capital of Erfurt, with Bodo Ramelow of the anti-capitalist Left party set to claim a second term at the head of a minority government. On the third vote, the Free Democrats unexpectedly put forward Thomas Kemmerich as their candidate for the premiership.

That’s when the AfD, which has surged on opposition to Merkel’s migration policy, dropped its own nominee -- an unknown village mayor-- to back Kemmerich, handing the premiership to the Free Democrat and shocking Ramelow’s alliance.

Mohring said in Erfurt that there would be a “clear separation” from the AfD, but few were convinced by his arguments.

“What happened today in Thuringia is unique in the history of the Federal Republic of Germany,” said Kevin Kuehnert, deputy chair of Merkel’s coalition partner the SPD, who joined the demonstrators outside CDU HQ. “What happened today, must be undone.”

Green party co-leader Robert Habeck, who the CDU may need to govern again in 2021, said the party had been warned but decided for a “deliberate pact with right-wing extremists.”

“If an election of a state premier isn’t a cooperation with the AfD, then what is?” Habeck said.

And Merkel? She’s been staying out of domestic politics since she handed the party leadership over to AKK in 2018. On Wednesday, as the storm broke over the CDU, she was far away, on her own government plane, beginning a three-day trip to South Africa and Angola.