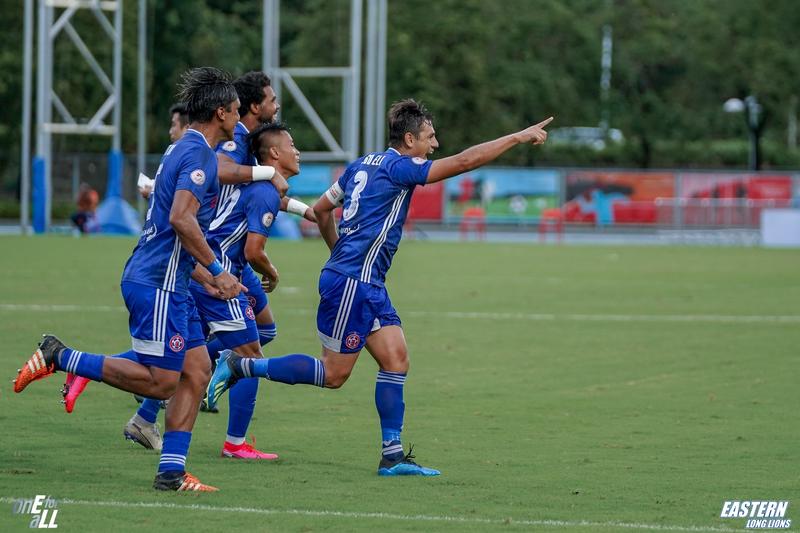 Diego Eli scored in the 1-0 win for Eastern against Kitchee on Sept 18, 2020. (PHOTO COURTESY OF EASTERN)

After a six month break due to the on-going COVID-19 pandemic, the Hong Kong Premier League finally returned last Saturday (Sept 19). Six of the previously ten teams agreed to finish the 2019/20 season, playing a total of 14 league games and three cup finals until Oct 11. All matches will be behind closed doors, with only staff and media allowed to enter the stadium.

The first encounter of the comeback saw archrivals Eastern and Kitchee facing off at Tseung Kwan O Sports Ground. Having lost some of their key midfielders over the last months, Kitchee coach Alex Chu decided to give playing time to youngsters Sebastian Buddle and Chan Shinichi. The match-up started as a tight affair, and it took until the second half for Eastern to break the deadlock, when naturalized defender and HKSAR passport holder Diego Eli nodded in from a corner. Only ten minutes later Kitchee pulled one back, with Serbian striker Nikola Komazec converting a penalty. But soon after, it was Eastern’s Chung Wai-keung who delivered the match winner for the Blues. The crucial victory put Eastern firmly back into the title race, where they are now just one point off the top.

On Sunday afternoon, title favorites R&F had the chance to defend their pole position for the title, but ended up stumbling over Southern, whose Japanese players made the difference that day. Kawase Kota opened the scoring in the 43rd minute for the Aberdeeners. In the second half, it was last year’s “Player of the Year” Igor Sartori who turned the game around, first with a penalty and later with a well-placed shot in the far-right corner. For a moment R&F seemed to bag another three points, but in the fourth minute of added time Shu Sasaki, who just joined Southern from Pegasus, scored a beautifully executed free kick. This meant both teams had to share points, and the Guangzhou side slipped from the top spot, at least temporarily.

Finally, on a rainy Monday afternoon, Lee Man squared off with Happy Valley at Hong Kong Stadium. With nothing left to play for this season, the Greens have released all but one of their foreign players, only retaining defender Luciano Silva, and it just took Lee Man captain Ngan Lok-fung six minutes to find the goal. In the second half, Yuto Nakamura added another one for the Bees.

After the first round of the resumed season, Lee Man are on top with 13 points, followed by Eastern on 12, R&F on 11, Kitchee on 10, and Southern on 9. Happy Valley are last with 0 points. For the coming week, the Hong Kong Football Association put together another tight schedule of fixtures, with four teams competing for the first trophies of the season: On Sept 27, Kitchee and Southern face each other in the Sapling Cup final, and one day later, Eastern will lock horns with R&F in the FA Cup final. 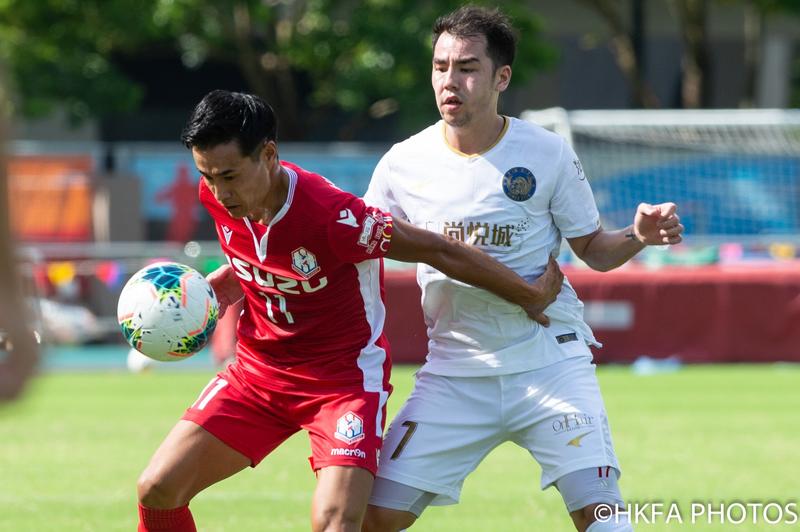 The coming three league games are all scheduled at Siu Sai Wan Sports Ground, the city’s second biggest stadium in the far east of Hong Kong Island. Eastern should have gained some confidence after beating Kitchee last Friday, and another win would put them in serious contention for the championship. Southern on the other side will look to repeat their upset against R&F, with striker Sasaki Shu providing a more than good reason not to underestimate the Aberdeeners. However, they will be without defender Jack Sealy, who was sent off in the previous game.

On Thursday afternoon, Kitchee will need to beat Lee Man, if they want to keep their title hopes alive. But so far this season they struggled against Lee Man, who won the latest encounter 2-1 back in March. Many will also remember the dramatic 5-1 victory of the Bees in the Senior Shield semi-final, when they eliminated Kitchee last December and advanced to the final, where Lee Man will face Eastern on Oct 2. 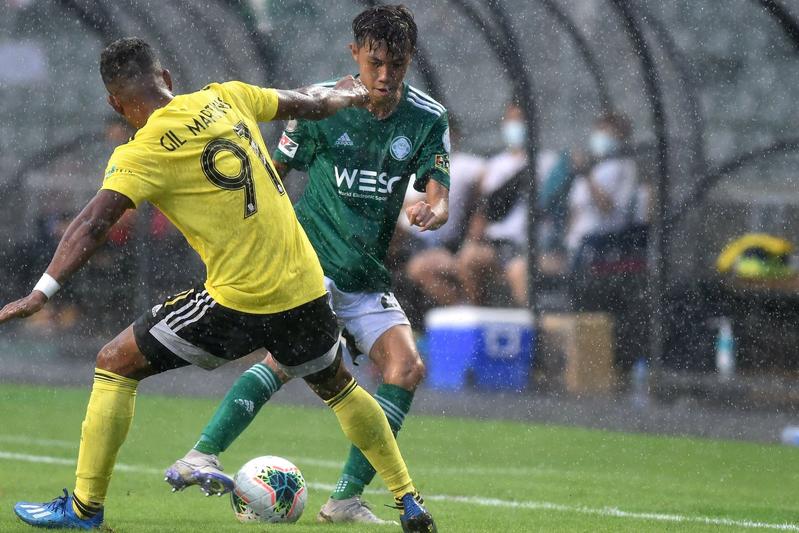 Finally, R&F must not make any mistake on Friday, when they face bottom-of-the-table Happy Valley. The Guangzhou side have had not the best of restarts after drawing 2-2 with Southern last weekend, so they need to quickly find their way back into the competition. Unfortunately, they have also lost some firing power, as Brazilian striker Tiago de Leonco joined China League One side Beijing Renhe recently. They will also still be without Tsui Wang-kit and Jared Lum, who will only be eligible for the coming 2020/21 season.

On Sunday afternoon, Kitchee and Southern will square off for what could turn out to be the only silverware for either of the two teams. However, it would be the more historic event for the Aberdeeners, as it could mark the first top-tier trophy for the district side since their establishment. Kitchee have won the trophy back in 2017/18, but now also boast some of the strongest youth squads, which should be an advantage on that day, as they are required to field at least three local U22 players.

Finally, Eastern and R&F will meet in the FA Cup final on Monday, with the winners earning a spot in the 2021 AFC Cup competition. Unfortunately, this year’s edition had to be cancelled due to the pandemic. Meanwhile, both teams may also soon be in a fierce competition for the 2019/20 championship title, so this match could as well already be the first step for a potential double, or, in the case of Eastern, even treble, as the Blues are also in the upcoming Senior Shield final.