AFC Cup round in Hong Kong will be open to public 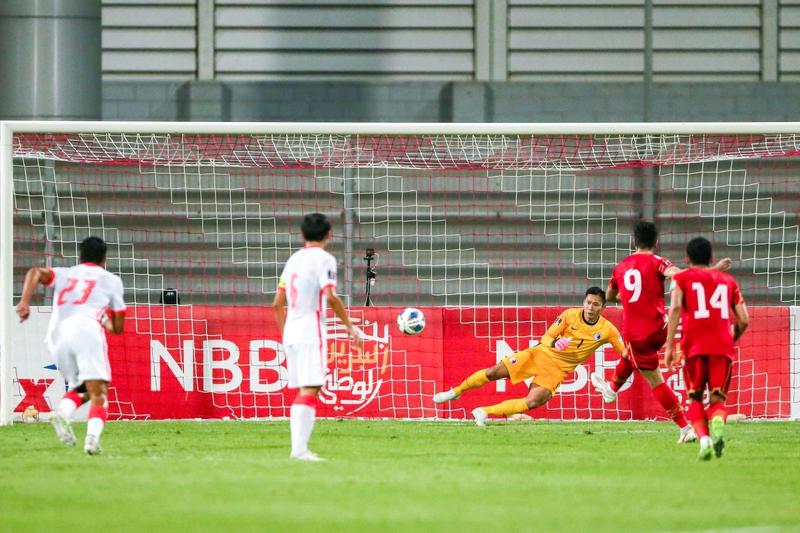 The HKFA team lost their last game in the 2022 World Cup Qualifiers 4-0 to Bahrain. (PHOTO COURTESY OF HKFA)

Sports fans in Hong Kong have soon another international event to look forward to. With evening and night hours currently occupied by the UEFA European Football Championship and the CONMEBOL Copa América, some regional football action is going to happen during the day in front of a live audience.

Both the Asian Football Confederation and local authorities have given green light for Group J of the AFC Cup to go ahead as planned between June 23 and 29, given that the city has shown great achievements in getting the pandemic under control. Four teams are going to compete in a single round-robin system. Besides league runners-up Eastern and third-placed Lee Man, who both will enjoy home advantage, the teams of Tainan City FC and Mongolia’s Athletic 220 complete the group, from which only the winners will advance to the next round.

All teams, including the local sides, will stay in a hotel bubble over the course of the tournament, and are only allowed to leave the premises for training sessions and matches, which will be played at two venues, Hong Kong Stadium and Tseung Kwan O Sports Ground. In order to avoid any possible interaction with spectators, the main level of Hong Kong Stadium will remain closed – with only the upper levels being opened for public viewership. Similar safety measures are not necessary in Tseung Kwan O, as the pitch is separated by running tracks that keep the audience at bay.

The group kicks off with the local derby at Hong Kong Stadium on June 23, 8 pm, between Eastern and Lee Man. After that, the Bees will play their remaining matches against Tainan City (June 26) and Athletic 220 (June 29) in Tseung Kwan O, while the Blues will meet their opponents in So Kon Po. Tickets are priced at a very welcoming level of HK$50 for all games. 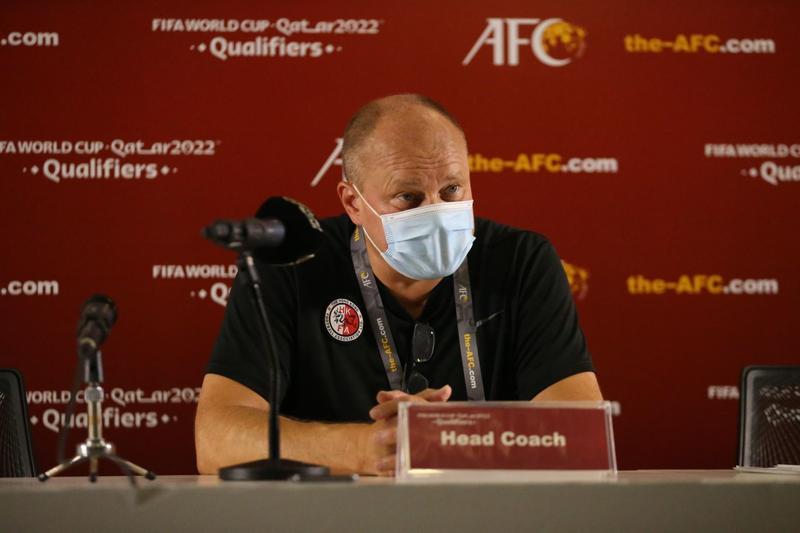 After several high-profile departures from Eastern, including coach Lee Chi-kin, strikers Lucas Silva and Sandro, and defensive midfielder Diego Eli, they should still be able to count on mainstays such as Jared Lum, Everton Camargo, Wong Tsz-ho, and Leung Chun-pong.

The winners of the AFC Group J would directly advance to the inter-zone play-off semi-finals, scheduled for September, where they will meet the best teams from Central Asia, South Asia, and the ASEAN zone.

Meanwhile, Hong Kong Premier League champions Kitchee are also getting ready for their AFC Champions League adventure in Thailand. On paper, they will face strong opposition in Guangzhou FC, Cerezo Osaka, and Port FC. However, the Chinese Super League giants will only send a youth team to the tournament in order to keep the first team unaffected by quarantine regulations upon return. In contrast to the AFC Cup, the ACL will still be played in a double round-robin system – all hosted at Thailand’s Buriram Stadium. This means that Kitchee will have to stay there for nearly three weeks inside the tournament bubble, with their six matches being scheduled between June 24 and July 9. 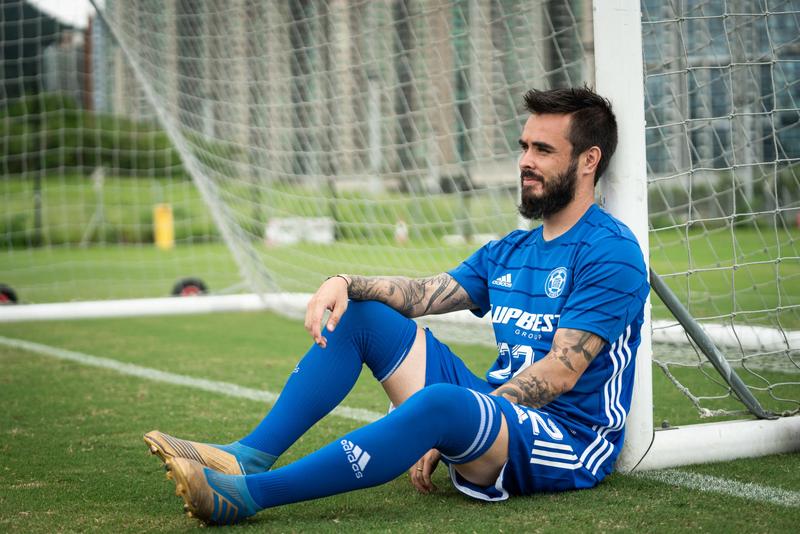 Eastern have presented their new kits for the AFC Cup campaign. (PHOTO COURTESY OF EASTERN)

HKFA team advances to next round of Asian Cup qualifiers

The last two weeks were also dominated by World Cup qualification games. The HKFA team traveled to Bahrain to play their remaining matches in the group stage, without any theoretical path to qualify for Qatar 2022. However, a direct path to the next round of the 2023 Asian Cup qualifiers was still at stake. Momentarily, it appeared that the HKFA squad was not able to achieve this. Following their 3-1 defeat to Iran, Mixu Paatelainen suffered a 0-1 defeat to Iraq, courtesy of an own goal, before being thrashed by hosts Bahrain on the last matchday. The HKFA player started much more offensively into this decisive game, hoping to surprise their opponents, but at the end of the day the stamina was not enough to challenge Bahrain, who ended up celebrating a comfortable 4-0 win.

Based on these results, it seemed the representative team would have been among the worst fourth-placed teams, which would have meant another play-off round in September against the likes of Sri Lanka, Nepal, or Bangladesh. But in the end, the Asian Football Confederation made a sudden U-turn, allowing most of the teams to directly proceed to the next and final qualification round for the 2023 Asian Cup, which will be hosted by China.

Among the 24 teams in this stage, twelve will be able to go through to the finals, joining the other twelve Asian teams that already qualified by advancing to the last round of the World Cup qualifiers. However, the HKFA team must expect strong opponents. According to the seeding arrangements for the draw, which will divide the teams into six groups of four teams, the side could face the likes of Uzbekistan, Jordan, Thailand, Philippines, Kuwait, and Kyrgyzstan – and they would need to finish in the top two to call it a successful campaign. Meanwhile, the future of head coach Mixu Paatelainen remains uncertain. His contract was temporarily extended due to the delays of the qualifier schedule caused by the COVID-19 pandemic. But it is expected that the HKFA would look into recruiting a new manager in the foreseeable future.