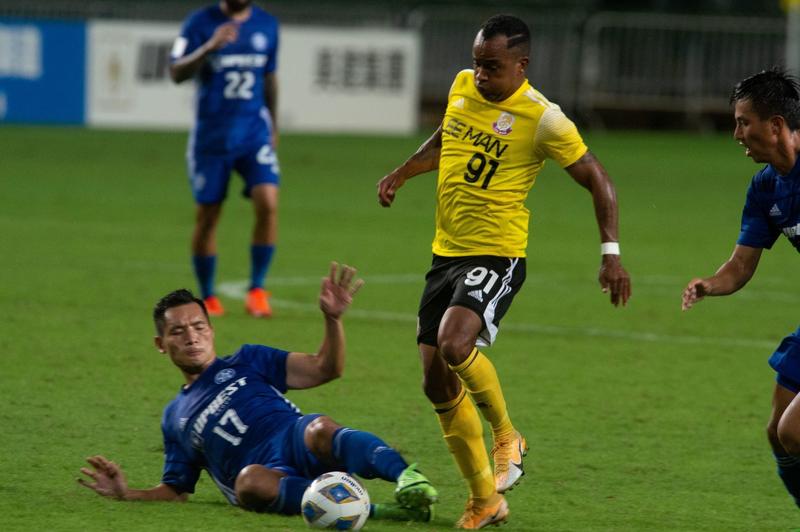 Lee Man made history with their first win in an AFC competition. (PHOTO COURTESY OF HKFA)

The AFC Cup group stage kicked off Tuesday in Hong Kong, and after the first match day local club Lee Man are on path to victory.

The Bees, who finished third in the Premier League, took on rivals Eastern at Hong Kong Stadium. Coach Chan Hiu-ming was able to retain most of his key players, fielding the likes of Tsui Wang-kit, Gil, Jonatan Acosta, Kim Seung-yong, Ngan Lok-fung, Fernando Recio, and Lee Hong-lim in the starting eleven.

Eastern, by contrast, could only nominate a depleted squad for the tournament, with only two foreign players at their disposal, Jared Lum and 21-year-old Naveed Khan. Everton Camargo was on the bench, but he has still not fully recovered from his injury.

The heavy rain throughout the day added an additional challenge for the teams, with the pitch at Hong Kong Stadium being notoriously famous for its drainage shortcomings. Nonetheless, the weather conditions were unlikely the cause for the crucial mistake that led to the first and only goal of the evening.

Eastern goalkeeper Yapp Hung-fai seemingly overlooked Lee Man’s Jonatan Acosta when sending a pass to one of his teammates, and a few seconds later, Gil found the back of the net. Arguably, Lee Man should have scored more goals that evening, missing out on several great scoring opportunities. But nonetheless, the club made history that day, celebrating their first win in an AFC competition and putting themselves in pole position to win the group and to qualify for the next round.

If they bag three points, the group should be decided, no matter the result against underdogs Athletic 220, who will take on Eastern next on Saturday evening at Hong Kong Stadium. 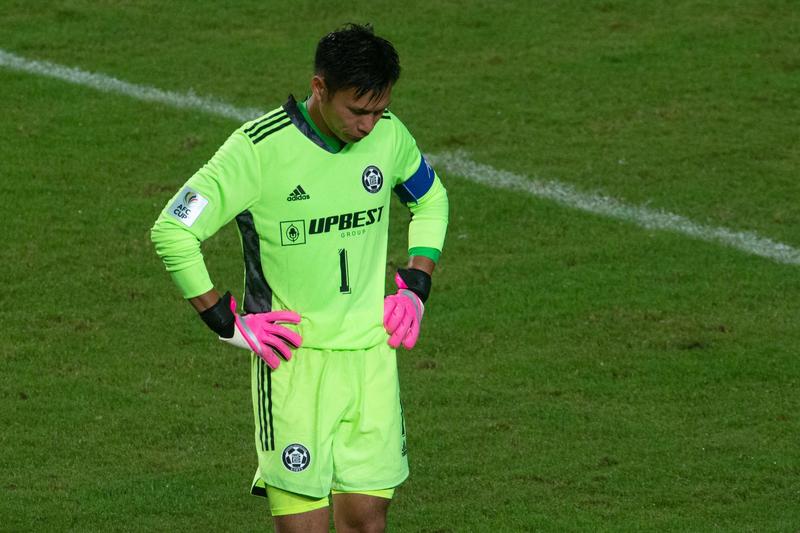 Yapp Hung-fai's mistake led to the only goal of the evening. (PHOTO COURTESY OF HKFA)

The reigning Hong Kong champions faced a very strong opposition that day, with the Thai club controlling most of the game, claiming more than 70 percent of ball possession and producing 15 shots.

However, it was Kitchee’s efficiency that made the difference, with defender Roberto Affonso scoring from a rebound in the first half, and legendary 39-year-old Dejan Damjanovic deciding the game in the 79th minute.

This was also the 37th goal in the Asian Champions League by the Montegrin striker, putting him on par with Jeonbuk Hyundai’s Lee Dong-gook. However, Lee has already retired, while Damjanovic still has five games left in the group stage to claim the all-time top scorer spot all for himself.

In the parallel game, Japan’s Cerezo Osaka celebrated a 2-0 victory over Guangzhou FC, who only sent a youth team to compete in the tournament due to the quarantine restrictions that would otherwise impact many of their key players in the Chinese Super League.

Kitchee are going to face Osaka next on Sunday, June 27, and Guangzhou on Wednesday, June 30.

While only the group winners will qualify directly to the Round of 16, and J League’s Cerezo Osaka being the top contender for that spot, Kitchee are in the race to finish among the best three runners-up, who would also advance to the next round. In addition, every point for clubs of the Hong Kong SAR will help to improve their AFC club ranking that determines the association’s spots in both Champions League and AFC Cup.

Following the latest result, the Hong Kong Football Association (HKFA) leapfrogged Malaysia and is only a few points away to secure a guaranteed ACL group stage spot for 2023, which is currently held by Indonesia. 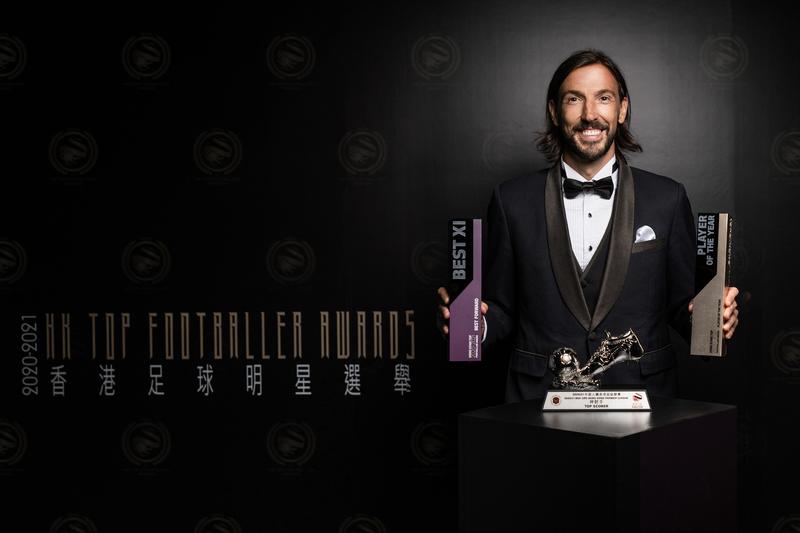 Dejan Damjanovic is Hong Kong's Footballer of the Year. (PHOTO COURTESY OF HKFA)

On June 19, the HKFA concluded the 2020/21 season with their annual award ceremonies. As expected, the big winner of the night was Dejan Damjanovic, who bagged the ‘Player of the Year’ trophy.

Kitchee coach Alex Chu was named ‘Best Coach’ after leading his team to another two consecutive league titles. The 39-year-old Dani Cancela won the ‘Most Favourite Player’ trophy, voted for by fans, while former Manchester United youth player Charlie Scott was given the same award based on the players’ choice.

Pegasus’ Sun Ming-him and Kitchee’s Ho Chun-ting were recognized as the most valuable youth talents of last season, while the following players made it into the ‘Best Eleven’: Yapp Hung-fai (Goalkeeper), Eduardo Praes, Junior Goiano, Dani Cancela, Helio (defenders), Marquinhos, Charlie Scott, Cleiton, Ngan Lok-fung (midfielders), Dejan Damjanovic, and Sandro (forwards). The latter left Eastern and is currently in negotiations with a potential new club in Indonesia or India.

In addition, Ngan Lok-fung’s beautiful goal against Eastern was deemed “Best Goal of the Year”, while goalkeeper Lam Chun-kit of Resources Capital could claim the “Best Save” for himself.

Despite the cheerful award evening, the arrangements for next season are still unclear, especially if a total of eight clubs would be able to participate in the Premier League. Happy Valley are allegedly still owing salaries to their players, many of which have already signed for new teams over the last few weeks.

More crucial decisions by the HKFA are expected after the new board has convened for the first time. The elections for a total of five club-linked and non-club-linked directors will be held on Friday. Among the candidates are Kitchee chairman Ken Ng, Pegasus’ Tam Ping-chi, and Rangers’ Michael Mok.