When Happy Valley returned to the Hong Kong Premier League back in 2019, the future looked bright. The club had secured substantial financial backing from businessman Chen Zhishi, and was promoted on merit after a terrific season in the 1st Division. It also marked the return of a team with big tradition, with only Kitchee and Eastern being left in the top-flight as the only sides with a long history, following the demise of record champions South China.

However, only two years later, on July 1, 2021, Happy Valley officially announced their withdrawal from the Premier League, decimating the total number of professional clubs to only seven. Admittedly, the end of the Greens was anything else than surprising, with warning signs flashing as early as 2020, when the first rumors emerged that the funding had dried up. Ever since, the club has been struggling to pay their players on time, with some allegedly still waiting for their salary of the entire 2020/21 season until today. The player contracts have since then expired, and most are already on the lookout for new clubs. Reportedly, 19-year-old talent Yip Cheuk-man has joined Resources Capital, while Jahangir Khan and Brazilian defender Luciano have been approached by Southern District.

Happy Valley Director Poon Man-tik has stated that he would discuss with owner Chen Zhishi how to deal with the outstanding arrears, and how the club would continue in Hong Kong’s second tier of football next season.

Meanwhile, the Hong Kong Football Association is likely to worry about the integrity and competitiveness of the Hong Kong Premier League. With just seven clubs left, the fixture list would become even more repetitive, being far off from the objective of at least ten sides in the top division. In the current situation, it has also become increasingly difficult to convince teams from the 1st Division to seek promotion, which comes with a significant extra burden in terms of licensing requirements and financial obligations, while benefits and commercial potential are limited. Nonetheless, there is still some hope that additional teams could be recruited before the 2021/2022 season will start in September. 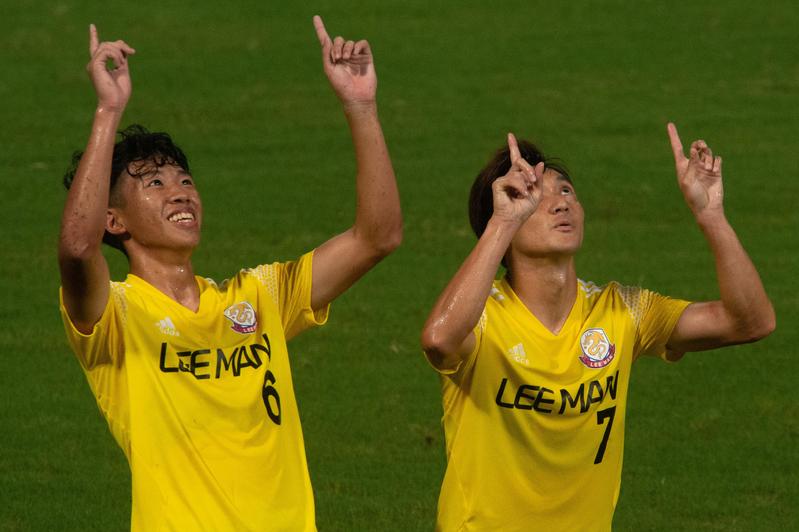 At least the local transfer market has gained some momentum in the last few days. Besides the former Happy Valley players, who are looking for new employers, Eastern have already made some fundamental decisions. Caretaker Roberto Losado has been confirmed as the permanent head coach, and by the looks of it, the Blues seem keen to change their approach. Following the departure of Sandro and Lucas Silva, who joins a team in Brazil’s Serie D, the team has further let go of Joao Emir, Tsang Man-fai, Dudu, Cheng Tsz-sum, Oliver Laxton, Chak Ting-fung, and Cheng King-ho.

This came right after a very humble performance at the AFC Cup games of Group J in Hong Kong, during which Eastern lost to local rivals Lee Man, while celebrating narrow 1-0 victories over Athletic 220 and Tainan City. The Blues still finished as runners-up, but were arguably outshined by Lee Man. The Bees finished their AFC Cup debut with a perfect record of three consecutive wins. After beating Eastern 1-0 on the first match day, they thrashed Tainan City 4-1 and Athletic 220 from Mongolia 5-1, which sealed Lee Man’s qualification to the next round of the inter-zonal semi-finals, scheduled for September.

However, it was Kitchee who have made some of the biggest headlines in Asian football news over the last week, thanks to Dejan Damjanovic, who further increased his goal tally in the AFC Champions League. After scoring in Kitchee’s opening win over Port FC, the Montenegrin striker added another goal in the 1-2 defeat to J-League side Cerezo Osaka, which made him the sole record goalscorer in the ACL. But this is not to say that Damjanovic would be resting on his laurels now. The 39-year-old also delivered the decisive goal in Kitchee’s 1-0 victory against Guangzhou FC. With the Chinese Super League side only having sent a youth team to the tournament in Thailand, it turned out to be a one-sided affair, with Kitchee claiming 70 percent of the possession and producing 24 shots in total, six of them on target.

Damjanovic has now a total of 39 goals in the Asian Champions League to his name, and his tally could even further increase over the next week. Despite the abandonment of a home-away format due to COVID-19, the group stage in Thailand is played as a double round-robin system. This means Kitchee will face Guangzhou FC again on July 3, Port FC on July 6, and Cerezo Osaka on July 9. The game against Thailand’s Port FC may turn out to be the crucial one, that could decide over which of the two sides would finish the group as runners-up. The best three runners-up of the five groups in the East Zone will qualify for the Round of 16. Kitchee could become the first team from Hong Kong to reach this stage. All remaining games are broadcast on TV.