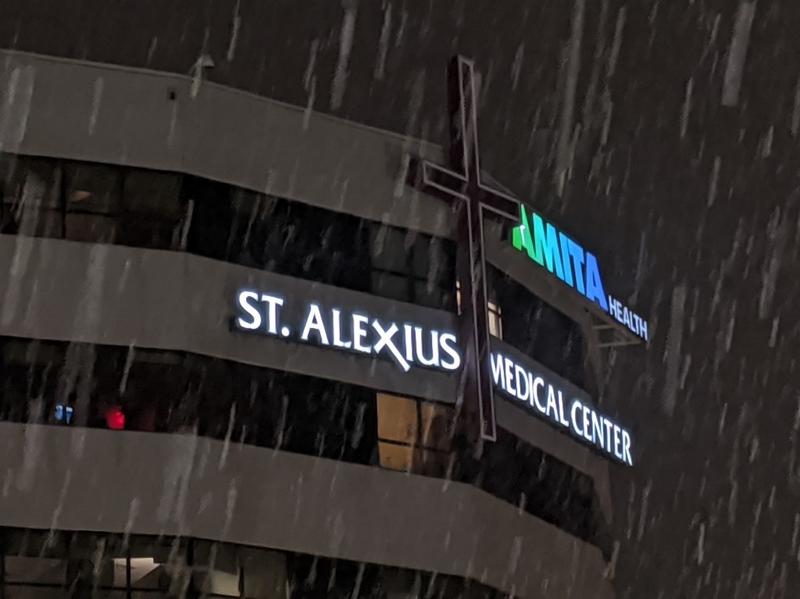 View of St Alexius Medical Center in Hoffman Estates, Illinois on Jan 24, 2020 where a Chicago woman affected by the coronavirus is treated in isolation. (DEREK R HENKLE / AFP)

PARIS - France confirmed on Friday its first three cases of the Wuhan coronavirus, with two patients being hospitalised in Paris and the other in the southwestern city of Bordeaux.

The coronavirus has created alarm, but there are still many unknowns surrounding it, such as just how dangerous it is and how easily it spreads between people

In a separate statement on Friday, the health ministry announced the third case, a relative of one of the first two.

Earlier, the charity SOS Medecins said it had treated one of the cases, a patient of Chinese origin who was showing symptoms of a fever and who said he had been in contact with people from Wuhan in China, the epicentre of the coronavirus outbreak.

Buzyn said the patient was 48 years old and had returned two days ago from a trip to China which included a stop in Wuhan.

“He’s been put in an isolated room so as to avoid any contact with the outside world. He’s fine”, she said.

Most of the cases and all of the deaths so far have been in China, where officials have imposed severe restrictions on travel and public gatherings.

The virus has created alarm, but there are still many unknowns surrounding it, such as just how dangerous it is and how easily it spreads between people. It can lead to pneumonia, which has been deadly in some cases.

The World Health Organization on Thursday declared the virus an “emergency in China”, but stopped short of declaring it a global health emergency.

Buzyn said the official advice to those suspecting they might have caught the virus was not to go to hospital - to avoid spreading it - but to call a special number where they would be told what to do.

The minister said she planned to hold daily news conferences on the issue.

US federal and local health authorities are monitoring more than 60 people as they attempt to catch new cases of coronavirus in travelers from China, where the outbreak is centered.

“We are expecting more cases in the US and we are likely going to see some cases among close contacts of travelers and human-to-human transmission,” said Nancy Messonnier, director of the CDC’s National Center for Immunization and Respiratory Diseases.

US authorities have screened more than 2,000 travelers from China on 200 flights without identifying any new patients.

A second patient in the US has been confirmed to be infected with the coronavirus. The patient is a woman in her 60s from Chicago who visited Wuhan, the Chinese city at the center of the outbreak, in December and returned to the US on Jan 13, said Jennifer Layden, chief medical officer and state epidemiologist for the Illinois Department of Public Health.

The first US case was a man in his 30s who was traveling in Wuhan and arrived back in the US on Jan 15.

Three people in New York are being investigated for possible infection with coronavirus, according to Governor Andrew Cuomo’s office. A fourth person has been investigated and tested negative.

The patients have been isolated while their cases are examined, and samples are being tested by the US Centers for Disease Control and Prevention, Cuomo's office said.