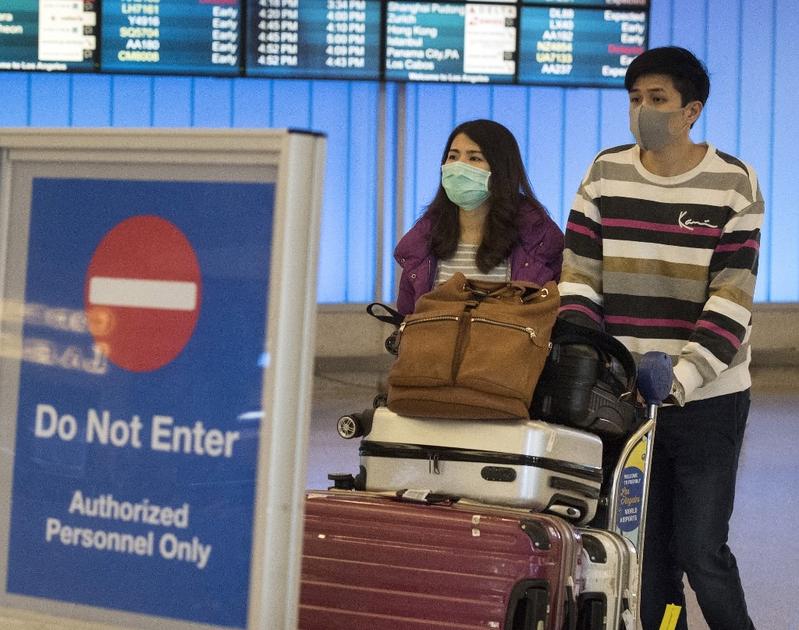 Passengers wear protective masks to protect against the spread of the Coronavirus as they arrive at the Los Angeles International Airport, California, on Jan 22, 2020. (MARK RALSTON / AFP)

At least 16 people had close contact with a Washington state man diagnosed as the first US case of a novel coronavirus and are being monitored for the illness that has killed 17 people in China and sickened hundreds more, local officials said.

The coronavirus, which causes respiratory symptoms, has been linked to a seafood market in Wuhan, the largest city in central China

The patient, a 30-year-old man, is doing well and may be released from Providence Regional Medical Center in Everett, Washington in the near future, the hospital’s chief medical officer Jay Cook said a press conference.

None of the people who were in close contact with the patient have displayed symptoms of the flu-like illness, said John Wiesman, secretary of health for Washington State.

ALSO READ: How airlines and airports are dealing with novel virus

The man fell ill over the weekend after traveling to Wuhan, China, his hometown, in November and December and was diagnosed with the coronavirus on Monday.

The virus, which causes respiratory symptoms, has been linked to a seafood market in Wuhan, the largest city in central China.

“I would expect at some point we’re going to have more cases in the US,” said Wiesman.

Passengers aboard the man’s flight from China are being contacted by the US Centers for Disease Control and state health authorities, said CDC Medical Officer Satish Pillai.

The CDC has raised its travel alert for Wuhan to a level 2, calling for enhanced precautions. All travelers from Wuhan are being directed to five US airports - in Los Angeles, New York, Chicago, Atlanta and San Francisco - for screening.

The CDC is developing a test for the virus and hopes to start distributing it to state health departments, Pillai said.

Wiesman said people had to be within six feet of a person with the virus for a prolonged period to be deemed to have been in close contact.

People develop the virus after droplets from an infected person’s sneeze or cough fall on them, he said.

The 16 individuals under observation in Washington are not being asked to go into isolation unless they develop coronavirus symptoms, Wiesman said.

“We don’t believe you are infectious until you have symptoms,” he said, giving no further details on the locations of individuals who had been in close contact with the infected man.