1st case of novel coronavirus reported in US 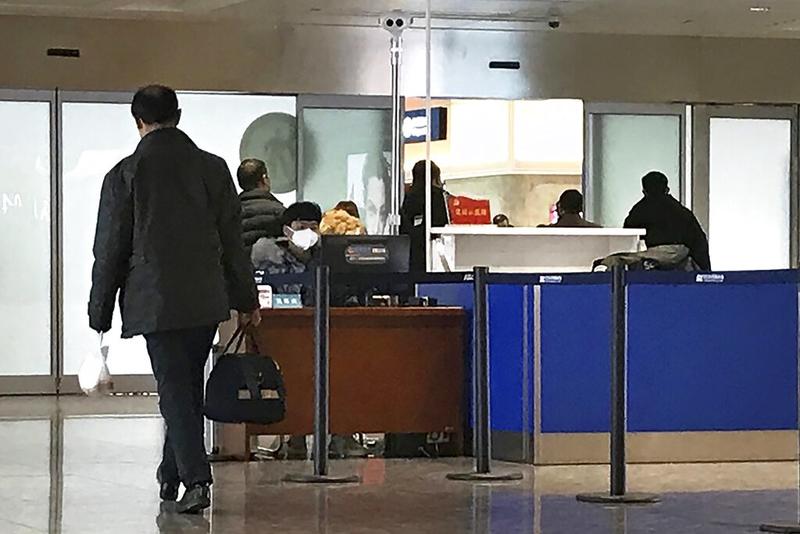 WASHINGTON — The US Centers for Disease Control and Prevention (CDC) announced on Tuesday that the first case of novel coronavirus (2019-nCoV) causing the Wuhan pneumonia has been reported in the United States.

A man in his 30s traveling from Wuhan of central China to Washington state on Jan 15 was diagnosed with pneumonia.

A clinical specimen was collected and sent to CDC overnight, and lab testing confirmed on Monday that it was caused by the new coronavirus.

A clinical specimen was collected and sent to CDC overnight, and lab testing confirmed on Monday that it was caused by the new coronavirus

CDC officials said at a telebriefing that the man currently receiving treatment at a hospital outside Seattle was "in good condition," posing little risk of infecting others.

The CDC has started an investigation into the new case, including potentially tracing close contacts to determine if anyone else has become ill.

The case was detected prior to the implementation of screening at three US airports last Friday, according to CDC.

The CDC and the US Department of Homeland Security implemented enhanced health screenings starting on Jan 17 at San Francisco, New York and Los Angeles airports to detect ill travelers on direct or connecting flights from Wuhan.

The CDC also activated an emergency operation center to provide ongoing support to the disease response and intensified its collaborations with health authorities of other countries.

The CDC said in a press release that limited person-to-person spread is happening but it's unclear how easily this virus is spreading between people.

Chinese health authorities said Tuesday that 291 confirmed cases of new coronavirus-related pneumonia and 54 suspected cases had been reported in the country by the end of Monday.

Besides the US, cases outside of China have been reported in South Korea, Thailand and Japan.

The CDC has started an investigation into the new case, including potentially tracing close contacts to determine if anyone else has become ill

The CDC said it has screened more than 1,200 passengers since Jan 17. None of them have been sent on for additional testing.

The US traveler from Washington state had returned on Jan 15, arriving at Seattle-Tacoma International Airport, which is not on the US list for enhanced screening.

The patient sought care at a medical facility in Everett, Washington, and was treated for the illness. Based on his travel history and symptoms, healthcare professionals suspected the new coronavirus.

Specimens were taken from the patient and sent to the CDC for testing. The agency said it has developed a new test that allowed it to identify the presence of the virus in a traveler.

As is often the case, preliminary information suggests older adults with underlying health conditions may be at increased risk of severe disease, according to the CDC.

The agency is working with health officials in China and globally to better understand the virus and any potential treatments, but US officials have said it could take at least a year of testing before any vaccine could be used on the public.