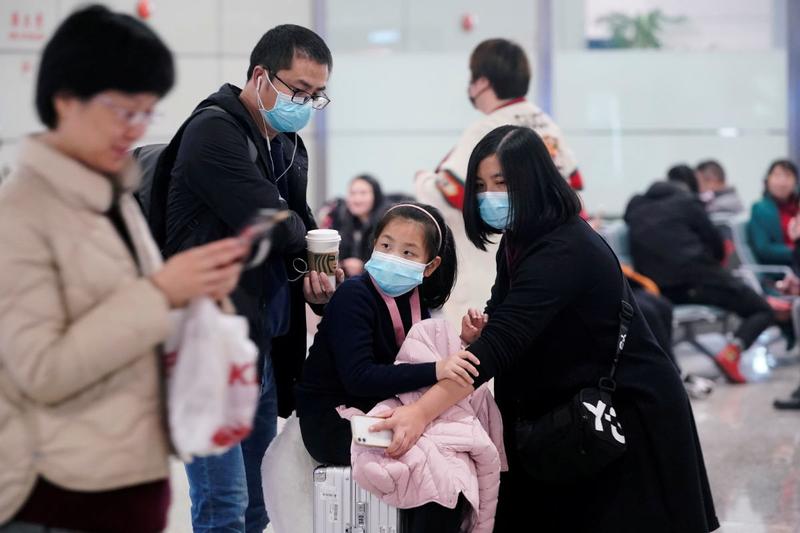 Chinese health authorities are adopting the strictest prevention and control measures for the new strain of coronavirus that has caused a pneumonia outbreak in Wuhan, Hubei province, as the pathogen continues to spread.

In the Hong Kong Special Administrative Region, no confirmed cases were reported as of Tuesday evening, but the number of suspected cases rose to 118 as of Tuesday noon

Taiwan health authorities said on Tuesday a woman of about 50 years of age was confirmed to be infected with the virus, the first such case on the island.

In the Hong Kong Special Administrative Region, no confirmed cases were reported as of Tuesday evening, but the number of suspected cases rose to 118 as of Tuesday noon, according to official data.

Wuhan, the center of the outbreak, reported 60 new cases on Monday and two additional fatalities — a 66-year-old man and 48-year-old woman. Both of them died on Monday due to multiple organ failure, the Wuhan Health Commission said. The total death toll from the virus climbed to six, all in Wuhan.

Zhong Nanshan, a member of the Chinese Academy of Engineering and a prominent expert on respiratory diseases, said existing evidence shows the new virus can spread from human to human, and the epidemic may spread further, given that China will see a massive human migration during the upcoming Spring Festival holiday.

The source of the infection has not been located, and its means of transmission is not clear. Health experts agree the possibility exists for mutation of the virus, according to the National Health Commission.

Amid the severe situation, China is ramping up efforts in several areas. On Monday, President Xi Jinping ordered that resolute efforts should be made to curb the spread of the virus, stressing putting people's safety and health as the top priority.

Zhong Nanshan, a member of the Chinese Academy of Engineering and a prominent expert on respiratory diseases, said existing evidence shows the new virus can spread from human to human, and the epidemic may spread further

Premier Li Keqiang chaired a State Council executive meeting on Monday to coordinate measures. He called for all related authorities to fully estimate the situation and increase cooperation among government departments.

Li ordered stricter preventive measures at hospitals and better protection for medical workers. The Wuhan Health Commission reported on Tuesday morning that 15 medical workers in the city have been infected.

Currently, however, the new virus will be treated as a Grade A infectious disease, which requires the strictest prevention and control measures, including mandatory quarantine of patients and medical observation for those who have had close contact with patients, according to the commission.

On Tuesday, Wuhan Mayor Zhou Xianwang called on locals not to leave the city and people from outside not to come to Wuhan if there's no particular need.

"Less human migration can reduce the spread of the virus, easing the pressure of prevention and control of the disease," he told China Central Television.

Hubei Governor Wang Xiaodong asked on Tuesday for full efforts to monitor and report the outbreak. He said no delayed reports or coverups would be tolerated, and he asked for better public communication to respond to public concerns.

On Tuesday, the World Health Organization said in a statement that sustained human-to-human transmission may exist, and warned more cases of the virus could appear in China and outside in the coming days, given travel patterns and increased testing.

The Chinese government is sharing information regularly and working closely with the WHO, it said, adding that a team of WHO experts are working with health officials in Wuhan in response to the virus.

"The WHO encourages all countries to continue preparedness activities," WHO China said.

Although much remains to be understood about 2019-nCoV, including how it is transmitted, the clinical features of the disease, its severity, the extent to which it has spread and its source — progress is underway, it said.

China, along with other affected countries, will attend an emergency committee meeting convened by the WHO on Wednesday to share information about the disease, Foreign Ministry spokesman Geng Shuang said on Tuesday.

Representatives from a number of countries, the WHO and relevant experts will make accurate assessments about the outbreak, Geng told a daily news conference.