How airlines and airports are dealing with novel virus 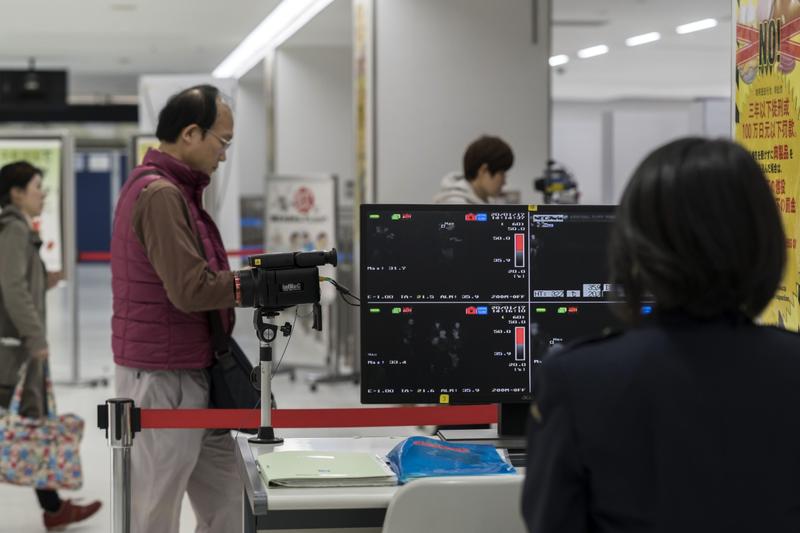 Airports and airlines are stepping up efforts to protect staff and passengers from a deadly virus originating in Wuhan, with Cathay Pacific Airways Ltd and China Airlines Ltd going as far as canceling flights in and out of the Chinese city until the end of February.

At least 17 people have died and hundreds of people have been infected by the coronavirus, which has spread to other parts of Asia and the US

The airlines’ announcements followed a decision by the Chinese government to limit travel from Wuhan, effectively putting the city of 11 million people into lockdown. Boats and buses have also been told to divert to avoid the city, which sits on the Yangtze River. At least 17 people have died and hundreds of people have been infected by the coronavirus, which has spread to other parts of Asia and the US.

China said it will conduct nationwide screening and improve monitoring of transportation links for the Lunar New Year holiday, which starts Friday and is expected to see almost 80 million people take flights. Major hubs elsewhere like London Heathrow increased monitoring of passengers disembarking planes from Wuhan, the capital of central China’s Hubei province, when concern about the spread of the illness mounted Wednesday.

Here’s a look at how airports and airlines around the world are reacting:

Hong Kong Special Administrative Region: In response to complaints from its cabin crew union about risk of “catastrophic” infection, flag carrier Cathay Pacific on Wednesday said staff could wear protective face masks on flights to China if they wanted. The airline’s unit Cathay Dragon is suspending flights to Wuhan from Friday until Feb 29 and contacting passengers about refunds and postponed travel plans.

Macao: The government canceled Lunar New Year celebrations and said it will ban people with fevers from leaving.

A staff member checks the temperature of a guest entering the New Orient Landmark hotel in Macao on Jan 22, 2020, after the former Portuguese colony reported its first case of the new SARS-like virus that originated from Wuhan in China. (ANTHONY WALLACE / AFP)

Taiwan: China Airlines and Mandarin Airlines Co, both operated by CAL Group, are also suspending flights to Wuhan until the end of February and assisting passengers with rebookings. Crew on the two airlines along with Tigerair Taiwan are wearing face masks while on duty, CAL said in a statement Thursday. There’s also an “appropriate quantity” of masks for passengers, it said.

The Republic Of Korea (ROK): Korean Air Lines Co. provided hazardous-materials suits for crew, while Tway Air delayed plans to launch a new route from Incheon to Wuhan. The country confirmed its first infection on Monday.

The Democratic People's Republic of Korea (DPRK): The country temporarily closed its borders to foreign tourists as a precaution against the virus, according to travel agent Young Pioneer Tours.

Singapore: Changi Airport, which receives more than 430 flights a week from China, is increasing surveillance on all passengers arriving from the country. Low-cost carrier Scoot said disinfectants, hand sanitizers and surgical masks are being supplied on all China flights. Scoot said it has an aircraft disinfection protocol in place for flights where suspected cases have been reported. 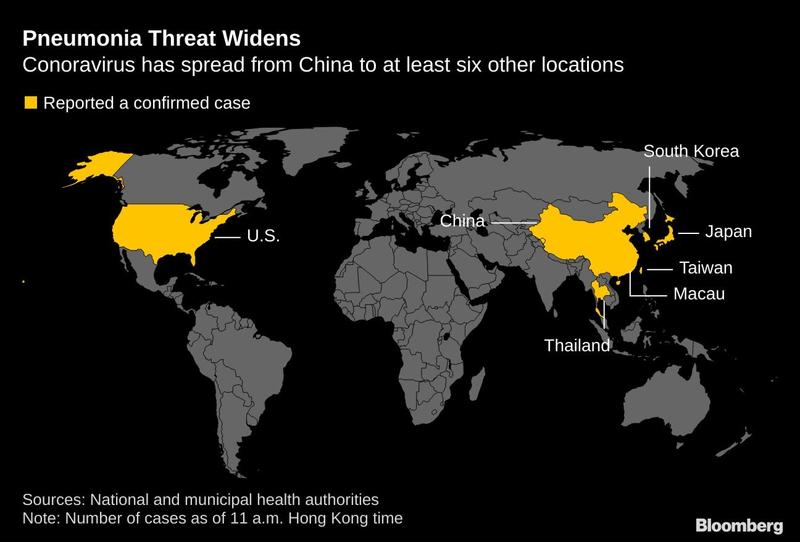 Japan: Prime Minister Shinzo Abe said the country will step up quarantine and testing, while Health Minister Katsunobu Kato said Tuesday that health questionnaires were given to passengers arriving from Wuhan by plane and that people should inform authorities if they’re not feeling well. The Ministry of Foreign Affairs set the risk of infection in Wuhan to “Level 2” and recommended avoiding unnecessary travel there.

Malaysia: AirAsia is offering customers refunds for bookings on flights to and from Wuhan before Feb 15, or the option to retain the value of their booking in flight credits for trips before Feb 29, according to a statement on its website.

Indonesia: Airports and airlines have been asked to take precautionary measures such as screening international passengers with thermal scanners. Airlines must provide health documents and manifests after landing, Director General of Civil Aviation Polana Pramesti said in a statement.

Vietnam: Equipment to measure body temperature is in place to screen passengers at Hanoi’s Noi Bai International Airport, according to a statement on the government website, which said monitoring will be increased during the Lunar New Year holidays as there’ll be a greater number of flights.

UK: Teams including a doctor and medical inspector were deployed Wednesday to Heathrow airport to greet passengers from Wuhan to monitor for signs of the virus and provide information to passengers about symptoms, the Department for Health said. The checks concern three flights a week operated by China Southern Airlines Co. The risk to Britons was raised to “low” from “very low.”

Italy: The Health Ministry said procedures are in force at Rome Fiumicino airport, which has direct flights to Wuhan, to check arrivals from the Chinese city. Surveillance of passengers is being strengthened and people will be subject to body temperature checks at the airport, it said.

Nigeria: The country’s center for disease control advised travelers coming from Wuhan to report to a medical facility if they feel ill and said that surveillance has been intensified at all points of entry.

South Africa: The National Institute for Communicable Diseases recommended testing anyone who has recently visited Wuhan and is displaying symptoms such as fever and a cough.

Masked workers disinfect a passenger throughfare at the Taoyuan International Airport on Jan 22, 2020, after Taiwan on January 21 reported its first case of the new SARS-like virus from the Chinese mainland. (CHEN CHI-CHUAN / AFP)

US: The Centers for Disease Control and Prevention implemented screening for arrivals at airports in San Francisco, New York and Los Angeles on Jan 17, and is expanding that to Atlanta and Chicago. CDC said it’s closely monitoring the outbreak and there are ongoing investigations into the “rapidly evolving situation.” United Airlines is most exposed to the China market, according to a report from Stifel analyst Joseph DeNardi.