By He Shusi and Chen Zimo in Hong Kong 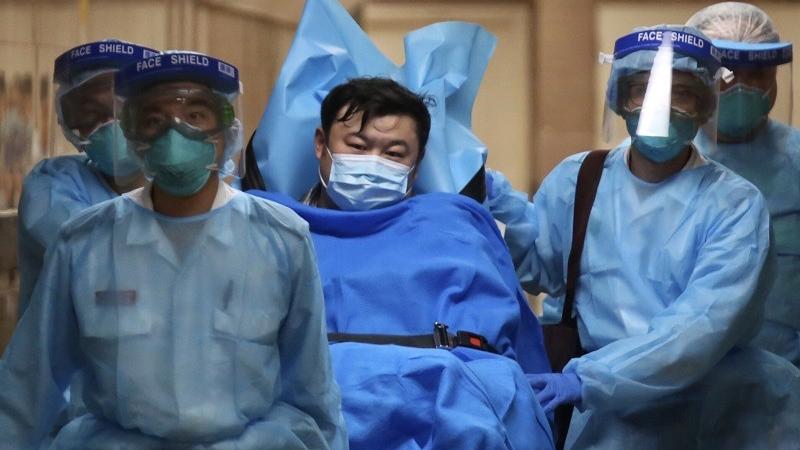 A man with a “high suspicion” of infection with the coronavirus responsible for the Wuhan pneumonia outbreak is transferred to the  Princess Margaret Hospital in Hong Kong on Wednesday for treatment and quarantine. (PHOTO / CHINA DAILY)

HONG KONG - A mainland tourist and a Hong Kong resident, both having made trips to the city of Wuhan, returned positive test results for coronavirus infection on Wednesday.

The Hong Kong government confirmed that an initial test shows a male tourist from Wuhan tested positive for the new coronavirus responsible for the outbreak of the pneumonia-like disease in the central mainland city.

Further tests are needed to confirm whether it is in fact the city’s first case of the disease, Hong Kong Secretary for Food and Health Sophia Chan Siu-chee said on Wednesday. The test results will be released today.

The man, 39, arrived at the Shenzhen North Station from Wuhan by high-speed rail G1015 on Tuesday evening. He then took the G5607 high-speed train to the Hong Kong West Kowloon Station, where he was found to have a fever.

He was first sent to Queen Elizabeth Hospital for the first checkup and then transferred to Princess Margaret Hospital, site of the city’s sole infectious diseases center, for treatment and quarantine. The center admitted one-third of the city’s confirmed SARS patients in 2003.

Chan said the man, now in stable condition, hadn’t been to a wet market or hospital, hadn’t eaten any wild animals, or had any contact with people with a respiratory infection.

His four family members traveling with him, none of whom had symptoms, left Hong Kong for Manila, the Philippines, on Flight 5J111 of Cebu Pacific Air on Wednesday afternoon, Chan said. The special administrative region government has asked Philippine authorities to follow up on the case.

The four stayed in the Empire Hotel Kowloon in Tsim Sha Tsui on Tuesday night.

Director of Health Chan Hon-yee said a hotline has been established for travelers who were in the same train carriage as the patient, as their proximity to him poses a high risk of infection.

The 56-year-old was reported to have exhibited symptoms of a fever since Saturday during his trip to Wuhan from Jan 10 to Sunday. The man is said to have been transferred to Princess Margaret Hospital from Prince of Wales Hospital for further examination.

The Hospital Authority said it had no knowledge of the case in response to inquiry by China Daily, while a phone call to the Centre for Health Protection went unanswered.

Starting today (Thursday), the SAR government will hold a news conference every day to update the public on the epidemic, Chan said. The government will also have an internal steering committee meeting today to discuss further precaution measures.

Chan warned again that Hong Kong residents should avoid visiting Wuhan, unless absolutely necessary, and that whoever comes back should wear a facial mask for 14 days.

Hong Kong has recorded 136 suspected cases, but none had been confirmed to be that of the new coronavirus, and 109 of the patients have been discharged from hospitals, while the rest are in quarantine.

Earlier in the morning, the Macao government announced its first confirmed case of the Wuhan coronavirus — a 52-year-old female traveler from Wuhan.

She is still in the early stages of the disease and in stable condition, according to the Macao government. She and her two fellow travelers have been quarantined.

The Macao government has required all casino employees to wear face masks at work. Every traveler to Macao is required to fill a health declaration form, while infrared-ray body temperature checks are set up at every port, and the entrances and exits of all casinos.