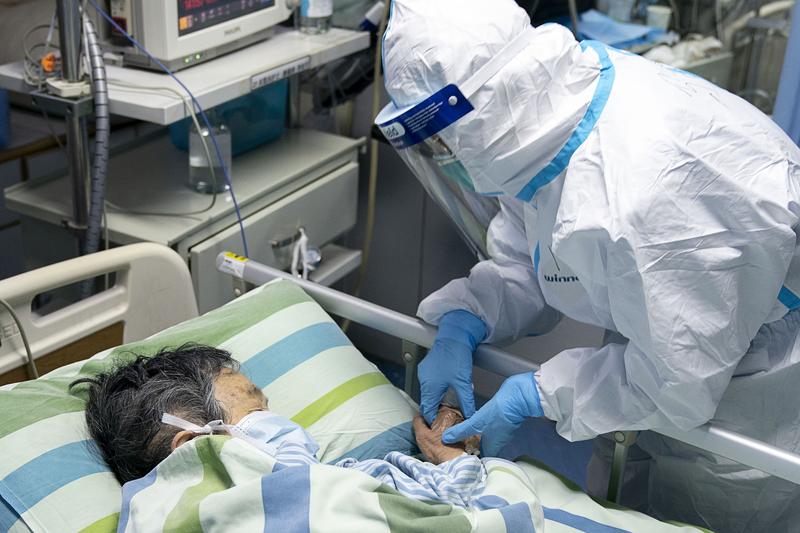 In this Jan 24, 2020, photo released by China's Xinhua News Agency, a medical worker attends to a patient in the intensive care unit at Zhongnan Hospital of Wuhan University in Wuhan in central China's Hubei Province. (PHOTO / XINHUA VIA AP)

Deaths from the novel coronavirus rose to 41 on the Chinese mainland, with 1,287 confirmed cases, according to the National Health Commission

Liang Wudong, a 62-year-old doctor with the otolarngology department who treats conditions in the ear, nose and throat at Hubei Xinhua Hospital, was suspected of contracting the new virus on Jan 16. The hospital that he works for is in Wuhan, the epicenter of the outbreak.

On Jan 18, he was transferred to Hubei Jinyintan Hospital, which has received the majority of infected patients, and died at about 7 am on Saturday.

Previously, the Wuhan Municipal Health Commission said on Tuesday that 15 medical workers were confirmed as contracting the virus, with one suspected case. One of them is critically ill.

Deaths from the novel coronavirus rose to 41 on the Chinese mainland as of Friday midnight, with 1,287 confirmed cases, according to the National Health Commission.

China has sent 450 military medical staff, including professionals who have experience in the fight against SARS or Ebola, to the novel coronavirus hardest-hit city of Wuhan.

The medics, in three teams sent by medical universities of the army, navy and air force of the People's Liberation Army, arrived in Wuhan by military aircraft on Friday night.

The teams, composed of experts in respiratory health, infectious diseases, hospital infection control and intensive care unit, will be dispatched to the Wuhan hospitals with large numbers of novel coronavirus-related pneumonia patients, according to the military authorities.