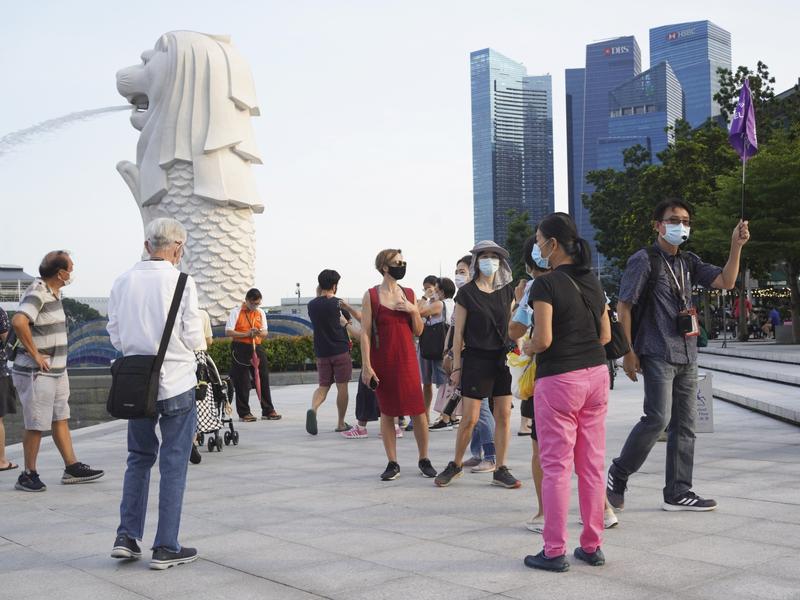 Singaporeans’ trust in their government’s ability to manage COVID-19 fell as community cases soared when the worst wave hit early last month, according to the Institute of Policy Studies.

The survey showed the proportion of people who believed the authorities had shown good political leadership fell to a low of 53 percent during Oct 28 to Nov 1, compared to around 70 percent in the July to early September period, results released Thursday showed. It has since improved to almost 60 percent. Older respondents were more likely to be disgruntled, amid constant reminders to vaccinate and avoid social gatherings, according to the survey.

Older respondents were more likely to be disgruntled, amid constant reminders to vaccinate and avoid social gatherings, according to the survey

“As Singapore carefully plans its next moves and learns to live with the virus, it must also balance the diverse needs of different groups with the overall needs of society,” the survey said. The IPS polled about 500 people during specific periods of the country’s pandemic journey, such as when stricter measures were introduced to counter the virus spread.

The study also showed that those who trust the government’s ability to lead Singapore in a post-pandemic world fell to almost 60 percent in the most recent period, over the July-to-November survey. Still, around 70 percent believed the country would win the fight against COVID-19. About 80 percent of respondents were satisfied about how authorities have kept the healthcare system running, the highest score in a category that polled sentiments toward communications, borders and other policy areas.

Singapore faces the challenge of reopening its economy as the Omicron variant throws another curve ball into the virus fight. The ruling People’s Action Party, which turned in its weakest parliamentary performance during last year’s general elections, is also dealing with what has turned out to be its most complicated succession planning process.

While infections in Singapore have stabilized since an all-time high in late October, the government has kept in place several social distancing measures such as mandatory mask wearing and limitations on gatherings. More recently, it said it would pause on further social easing and border reopening as a precaution against the Omicron variant.

In the IPS survey, respondents were presented two options — a slow opening if Singapore wishes to keep the COVID-19 death rate to about two per day versus a faster opening that could mean a daily death rate of about six or seven cases. At least 80 percent felt that Singapore should have a slower reopening with fewer deaths.

In addition, nearly 70 percent of those polled felt that the government should make vaccination compulsory for all Singaporeans and long-term residents. Slightly more than half felt positive about having differentiated rules for those who are vaccinated and those who aren’t, the survey showed.