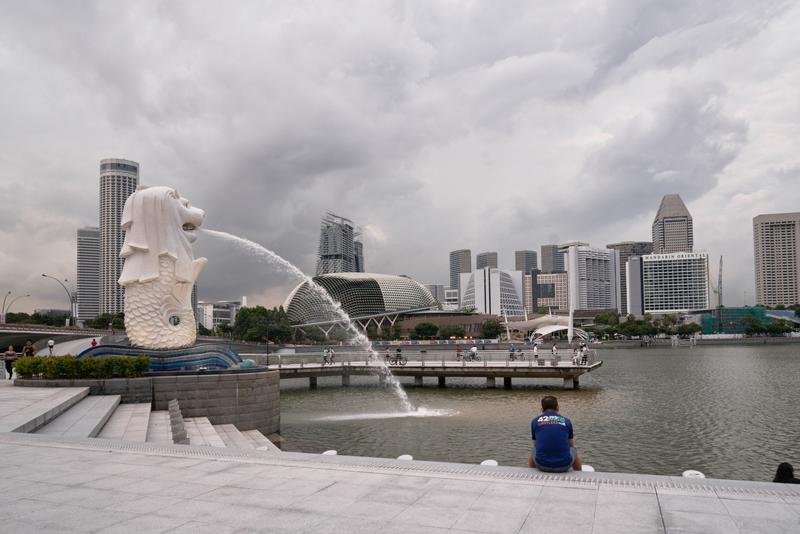 People at Merlion Park in the central business district of Singapore, May 19, 2021. (LAURYN ISHAK / BLOOMBERG)

“We are now transiting towards living with COVID-19 and I know many or some prefer to open up more quickly, but we must do so in a very careful and step-by-step manner,” Minister for Trade and Industry Gan Kim Yong said at a multi-ministry task force briefing on Saturday.

After the city-state saw a declining in the growth rate of daily coronavirus infections, the limit on social gatherings will be increased to five people, up from two, and visits to hospitals and residential care homes will be extended to those who are medically ineligible for vaccination from Dec 1.

Despite optimism over lower case numbers, the task force warned that they will refrain from significantly easing restrictions further until 2022, amid concerns that year-end festivities may result in new wave of infections.

A customer sits outside at a restaurant in Singapore, on Sept 28, 2021. (BLOOMBERG)

Other measures announced in the briefing include:

The Southeast Asian nation reported a total of 1,734 new cases as of noon on Nov 19, down from 2,038 the day before, bringing the weekly infection growth rate, a key government metric for easing, down to 0.77. That’s the lowest it has been since the Ministry of Health started reporting such data two months ago.

International students arriving in Australia’s Victoria state will no longer be required to quarantine, the state government announced Friday. As in New South Wales, which updated its rules last week, arrivals must be fully vaccinated and have tested negative for COVID-19 within 72 hours of departure.

International students arriving in Australia’s Victoria state will no longer be required to quarantine, the state government announced Friday

The moves bring student requirements into line with arrangements for other overseas arrivals, and the first arrivals are expected next month. The education sector in Victoria, where Melbourne is located, is worth A$13.7 billion ($9.9 billion) a year, the state government said. Higher education is one of Australia’s biggest exports, with foreign nationals accounting for about a quarter of all enrollments prior to the pandemic.

Meanwhile, a survey has found that more Australians than ever think they will contract COVID-19 in the short-term future despite the high vaccination rate.

Researchers from Australian National University recently published the latest edition of their study on the impact of the coronavirus pandemic across the country.

It found that 40 percent of Australians think they are likely or very likely to catch COVID-19 in the next six months -- the highest rate during the pandemic.

Nicholas Biddle, the co-author of the study from ANU's Center for Social Research, said fear of infection was four times higher than in April 2021. 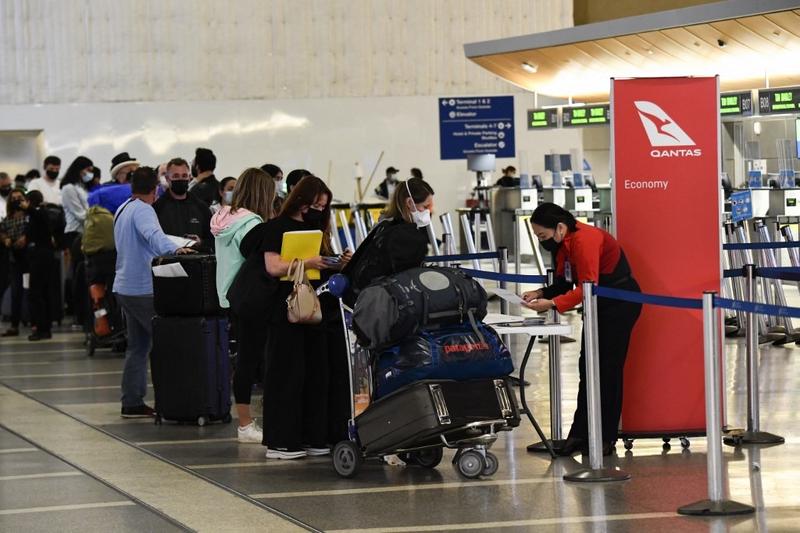 "This is a huge jump and shows that even though the vast majority of adult Australians are getting vaccinated against COVID-19, many of us think it is inevitable we will get the disease at some point in time, especially as the country opens up more and more," he said.

As of Friday, 91.4 percent of Australians aged 16 and over had received at least one vaccine dose and 84.9 percent were fully inoculated, according to the Department of Health.

There are still 124,868 active COVID-19 cases in the country, despite a fall of 1,752 active cases during the past 24 hours. "The number of active cases is the lowest in 531 days," said the federal health ministry.

"During the Christmas and New Year holidays, the regulations will apply throughout Indonesia according to PPKM level 3," Effendy said in a press release.

PPM level 3 means that public places such as cinemas, restaurants, shopping centers, and houses of worship are only allowed to receive visitors at up to 50 percent capacity and to operate until 9 pm.

Open spaces such as public squares are required to be closed and celebrations involving crowds or fireworks are prohibited.

Several weeks ago, the government advised people not to travel nor leave the urban cities where they work for their hometowns.

The government has also trimmed the Christmas holiday from two days to one day while tightening the requirements for travel using public transportation means.

The Southeast Asian country has managed to contain the second wave of COVID-19 transmissions triggered by the Delta variant with a peak on July 15 and now the areas in the archipelago are under the lowest PPKM levels 1 and 2.

Thailand considers allowing bars and nightclubs to reopen ahead of its earlier schedule of January 16 as the country’s COVID-19 active cases dropped to four-month low.

The Southeast Asian nation’s virus task force will review proposals from business operators next week before deciding on the reopening of night entertainment venues, which have been closed since April, Supot Malaniyom, secretary-general of the National Security Council, said.

Prime Minister Prayuth Chan-Ocha-led task force will also consider adding more nations to its current list of 63 places eligible for quarantine-free travel from December 1 to boost the tourism-reliant economy. More than 50,000 visitors have arrived in Thailand under the quarantine waiver program since its nationwide reopening on November 1.

The number of active cases has fallen to 89,821 on Friday, the lowest since July 11, while the average daily infection rate has dropped to 6,700 cases this week from a peak of more than 20,000, Health Ministry data showed. Nearly 65 percent of the population have received at least one shot, while 53 percent have received two doses.