Experiments with adapting opera to a more popular, user-friendly format were already afoot in HK when COVID-19 struck. The pandemic has opened up newer possibilities for a centuries-old art form. Neil Li reports.

Bel Canto Singers’ When Mozart Meets Da Ponte, in which classical songs were jazzed up by introducing contemporary music and a capella singing, was streamed online on account of the pandemic-related restrictions on live shows. (PHOTO PROVIDED TO CHINA DAILY)

When Lucy Choi was pursuing a master’s degree in London, she would take advantage of the student discount tickets to attend performances at the renowned Royal Opera House. It was amazing how clearly the singers’ voices carried across the theater, even to the nosebleed section. Grey-haired patrons formed the bulk of the audience, which made Choi wonder if she wasn’t a bit weird for enjoying opera at a young age.

Opera is a human drama and it’s a relatable story but because of the format, people just don’t see it.

“I felt out of place as I was usually the youngest person in the audience. But it also got me thinking if there was anything we could do to make opera more accessible to young people. Why can’t we share this joy together?” Choi asks.

Before films, television, and the internet emerged, opera was one of the major sources of entertainment and at the center of people’s social lives. With the advent of instant and on-demand entertainment options, which are better suited to present-day urban lifestyles, the interest in opera began to wane. Today, the majority of opera attendees in Europe and the US are middle-aged or older.

The situation is no different in Hong Kong where the average age of Cantonese opera-goers is 60 and above. It was primarily to draw a varied demographic of audiences that Choi and Rumiko Hasegawa co-founded non-profit opera company More Than Musical in 2016. They wanted to make opera more relevant and accessible to people across the board and help it gain more admirers. 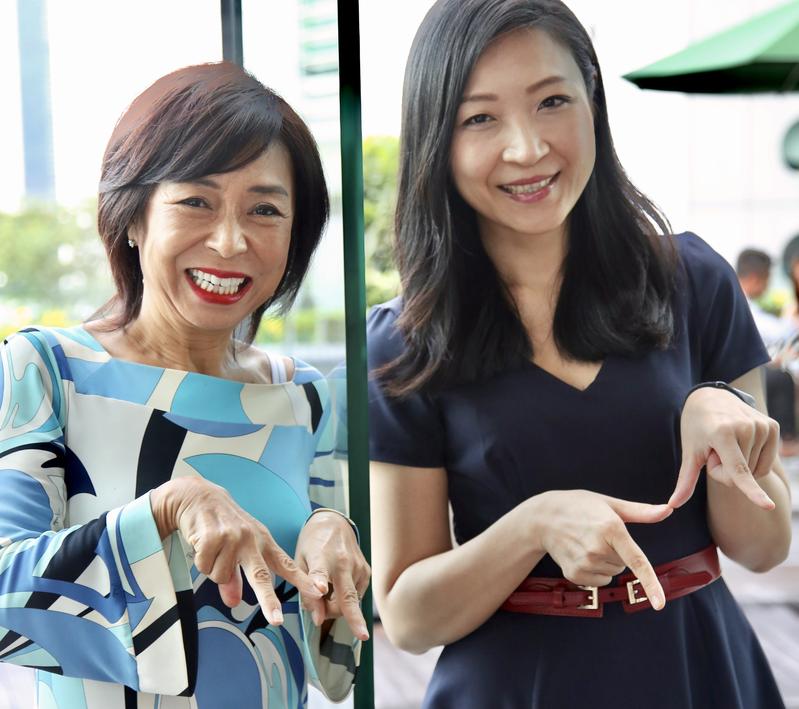 Like Choi, Hasegawa has a profound love for opera which germinated when she learned to sing arias about 13 years ago. “I felt the love, the hatred and all sorts of raw feelings from the songs and I discovered myself again,” she says. However, the people Choi and Hasegawa were trying to convert did not seem to share a similar enthusiasm for opera. They complained that opera was too long, the stories were not particularly relatable and were often sung in Italian, a language they did not speak and that it was only for the elite.

“We certainly didn’t feel that way but they had a point. If we ask people today to come and sit for four hours for a show and decide if they like it or not, how many, especially young, people would really say they do?” Hasegawa asks.

Their solution was to create performances that last only 90 minutes, the average length of a movie, to be performed in a black box theater setting, making for a more immersive experience as the performers are only a few steps away from the audience, and weave contemporary references into the story. However, the pair stresses the importance of upholding the artistic integrity of the original works as they collaborate with seasoned opera and music directors to decide on the editing. The idea is to craft a story that focuses on certain themes of the original rather than just come up with a highlight reel.

More Than Musical has presented two major productions so far: The Kiss of Tosca and La Traviata, succeeding in drawing many opera novices to the show. Most viewers thought the show was fun — a bit like an Italian musical. Seasoned opera-goers were impressed with the quality of the productions and pleasantly surprised to see an opera being performed so close to the audience seating area.

“Opera is a human drama and it’s a relatable story but because of the format, people just don’t see it,” Hasegawa says. “That’s why we take out all those obstacles to condense an opera to its core and keep the essence of the story-telling.” 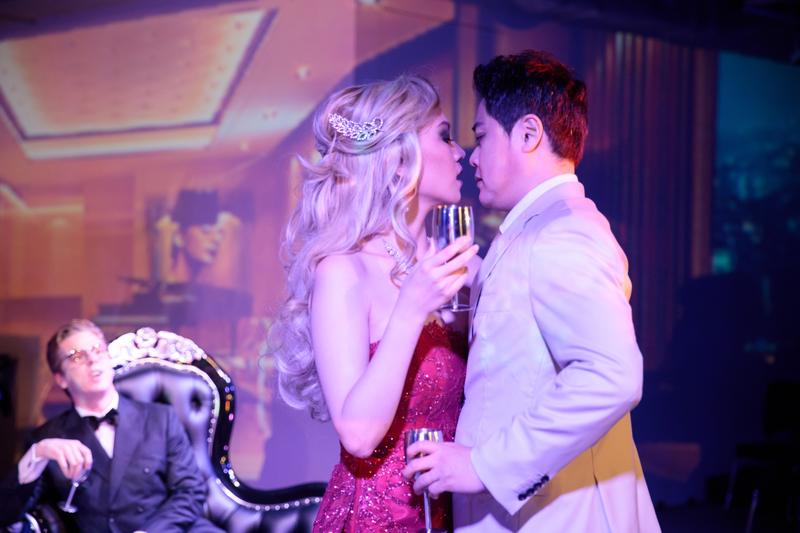 More Than Musical’s adaptation of La Traviata went down well with the audience many of whom were new to the opera. (PHOTO PROVIDED TO CHINA DAILY)In tune with today’s listeners

While More Than Musical has adjusted the format of opera performances, others are trying to appeal to modern music tastes. Local vocal ensemble Bel Canto Singers kicked off the Jockey Club New Arts Power arts festival last month with their pop-opera When Mozart Meets Da Ponte. The show featured rearrangement of songs composed by Mozart and written by the librettist Lorenzo Da Ponte with contemporary elements such as pop, rock, jazz and a capella thrown in.

David Quah, an accomplished tenor and music director of Bel Canto Singers, came up with the idea after trying to get his children interested in opera. “When they were younger, they would tell me that my kind of music was old. So I tried to jazz up classical music songs with different styles on the piano and they said they liked it better.”

Quah created a light-hearted storyline to connect his chosen songs from the repertoire of Mozart and Da Ponte. He experimented with the songs, incorporating different musical styles and elements until he had found something that sounded good.

Quah says the biggest challenge of the show had to do with the rendition of the songs, for while the music was given a contemporary spin, the songs still had to be sung as classical Italian arias. “The singers are trained classical singers, but when they hear pop or bossa nova music as accompaniment, they would naturally go into a lighter way of singing to match the music as any good musician would,” he explains. Despite the challenges, the singers were excited by the unique concept and eager to adapt.

Singing classical Italian arias with bossa nova music playing in the background was a challenging task for the cast of When Mozart Meets Da Ponte. (RAYMOND CHAN / CHINA DAILY)

Adapting to the new normal

Planned as a live show, When Mozart Meets Da Ponte was streamed online, owing to the pandemic-induced restrictions on cultural venues. For Quah, there weren’t too many adjustments to make musically, although he says it certainly felt very different performing to a camera. The onus was on the director to rethink the format of the performance, taking into account camera placements and angles.

While the situation wasn’t ideal, Quah liked the idea of being able to bring local productions directly into people’s homes where they can enjoy it in a relaxed manner. He has decided to livestream the company’s next production as well. “Nowadays, if you do a show live, how many people in the audience are you really going to get?” he questions. 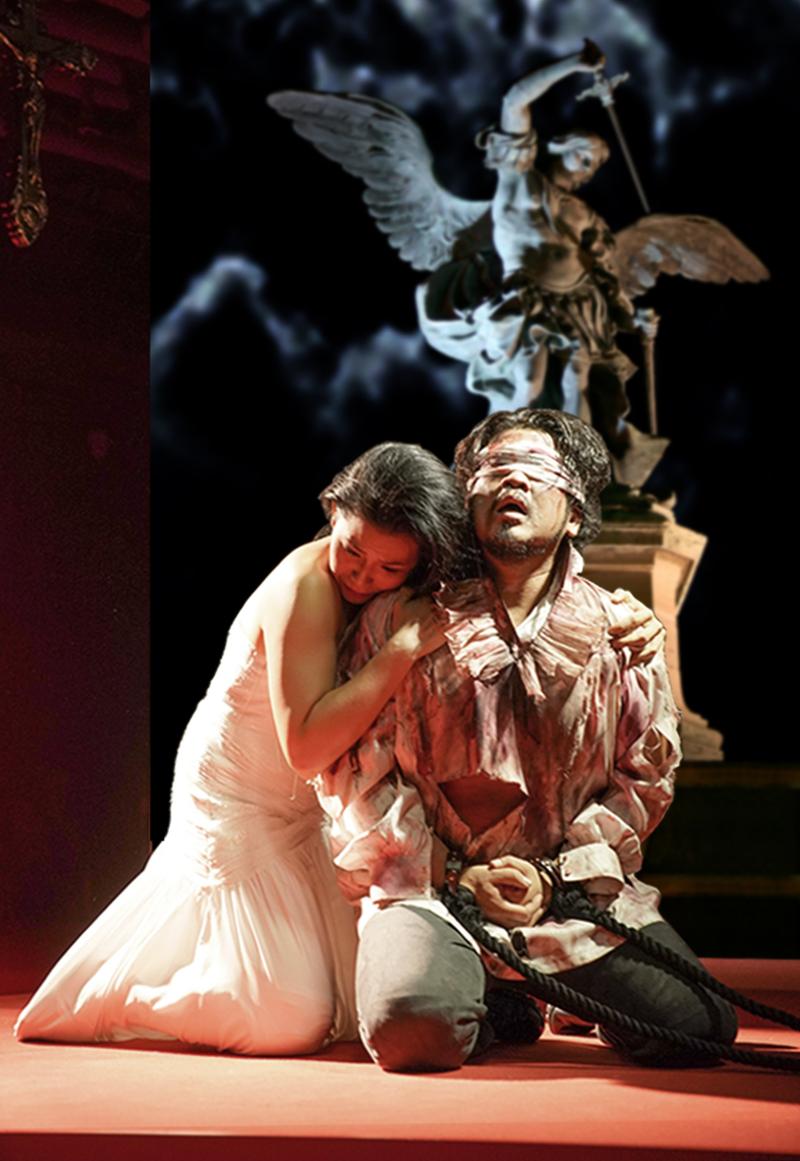 A scene in The Kiss of Tosca. (RAYMOND CHAN / CHINA DAILY)

More Than Musical’s latest production, Carmen Hong Kong, was postponed from August of this year to July 2021 on account of the pandemic. The producers do not seem too keen on streaming. “Live performances have a magical moment. It’s an exchange of energy and there’s a dynamic between performers and the audience. When the magic happens, there’s nothing like it,” Hasegawa says.

They are hopeful of being able to put on the show next year. However, they also have a contingency plan, just in case, to replace the international cast of Carmen Hong Kong with local singers and musicians while the stage director directs via video conferencing.

However, Choi believes technology can play a role in popularizing opera in the future. “Museums are using VR technology to make their spaces bigger and more interactive. If we can do the same thing with opera, we can make it very fun and creative. Why do you need a stage when the audience can see everything on a headset?”