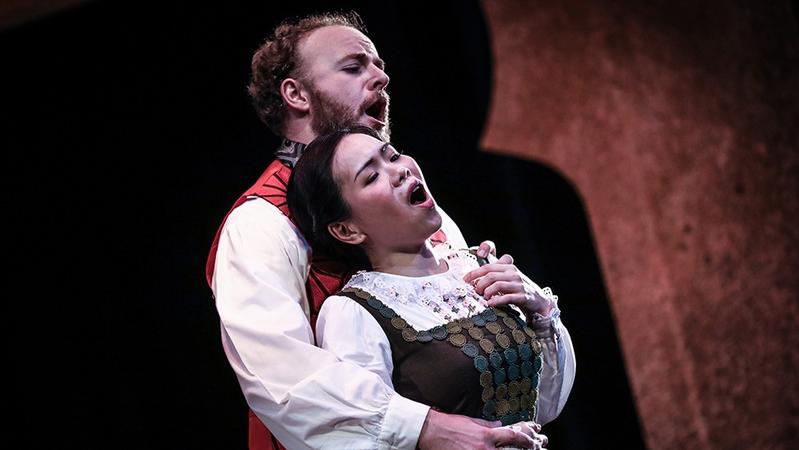 Opera for everyone – that’s the message behind Waitress on Top, an adaptation of the Italian comic operetta La Serva Padrona which will be performed later this month as part of the new Italia Mia Festival. Presented by the Italian Cultural Institute in Hong Kong, the operetta takes Giovanni Battista Pergolesi’s 1733 opera and resets it in an Italian restaurant in Hong Kong.

“We thought it would be nice to bring this opera to Hong Kong and do an adaptation (set) in Hong Kong,” says Clemente Contestabile, the consul general of Italy in Hong Kong. “The production will feature dialogue in English and Cantonese, the subject itself is funny, the script is light and people will laugh and enjoy it very much.”

Contestabile intends to show an opera every year as part of the Italia Mia festival, which will take place every October and November.

In a bid to encourage local and younger audiences, tickets to the Oct 29 performance at Chai Wan’s Youth Square Y Theatre are free of charge. “The Italia Mia Festival is for everyone in Hong Kong and we want to reach out to the local community,” Contestabile says.

Waitress on Top stars Hong Kong soprano Etta Fung as Serpina in a production that is deliberately intimate, featuring  just two singers (Fung and Isaac Droscha as Uberto), alongside music director Marco Iannelli who doubles in a non-singing role. The finale includes three arias from Donizetti’s Don Pasquale to help, as Iannelli puts it, “make (the ending) a little bigger”, rather than going with the more subtle ending of the original opera.

Together with the show’s director Peter Gordon — who was named Cavaliere dell’Ordine della Stella d’Italia earlier this year for his contributions to Italian opera — Ianneli looked for a cast that would represent Hong Kong’s mix of cultures.

“We’re trying to propose to the audience this mix of cultures in Hong Kong and that this  is what makes Hong Kong a beautiful and unique place,” Iannelli says. “Etta will use Cantonese to help really set the action in Hong Kong.” 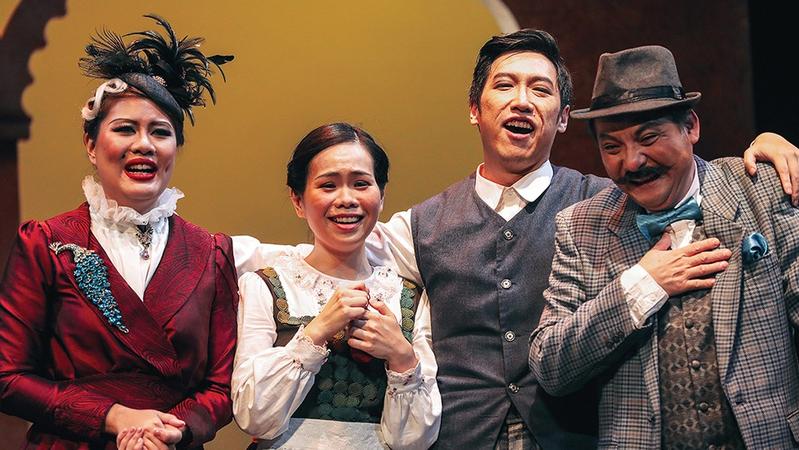 Finding ways to make opera accessible and to engage diverse audiences seems to be a common goal among Hong Kong’s growing number of opera companies. Over the next two months, several operas will be performed on stages across Hong Kong and Macao, showcasing a growing interest and demand for the art form.

In September, Musica Viva staged two sold-out performances of Le Nozze di Figaro at Hong Kong City Hall. Featuring an all-Hong Kong cast, including Sammy Chien as Figaro, Droscha as Count Almaviva and Phoebe Tam as Susanna, the opera highlighted local talent and was the first of two productions this season by the company’s director-general Kingman Lo. Next up is Franz Lehár’s The Merry Widow, an operetta in three acts which will be performed from Dec 6 to 8 at the Hong Kong City Hall.

Opera Hong Kong’s Rigoletto is playing at the Hong Kong Cultural Centre through Sunday, Oct 13, also as part of the Italia Mia Festival. The production is by Fondazione Teatro Lirico di Cagliari and stars Roberto Frontali in the title role.

“Rigoletto is one of the most performed operas in the world,” says Opera Hong Kong’s artistic director Warren Mok. “The plot is incredible: the evilness of mankind, quest for power and its relationship with the lust and sexual abuse, violence, injustice still resonate (with today’s) audience. Verdi’s music is a perfect match to the plot and its characterization.”

Frontali is known for his Verdi roles and received strong praise for his Rigoletto earlier this year at the Metropolitan Opera. The rest of the cast put together by Mok includes Anton Keremidtchiev and Audrey Luna along with Hong Kong singers, including Joyce Wong, Carol Lin and Bobbie Zhang.

“It’s a strong Rigoletto,” Mok says. “We bring in the entire production from Italy and also their design team. We are glad to have Pier Francesco Maestrini as the director and Paolo Olmi, a highly respected conductor, can no doubt do a wonderful job to reveal Verdi’s powerful music.” 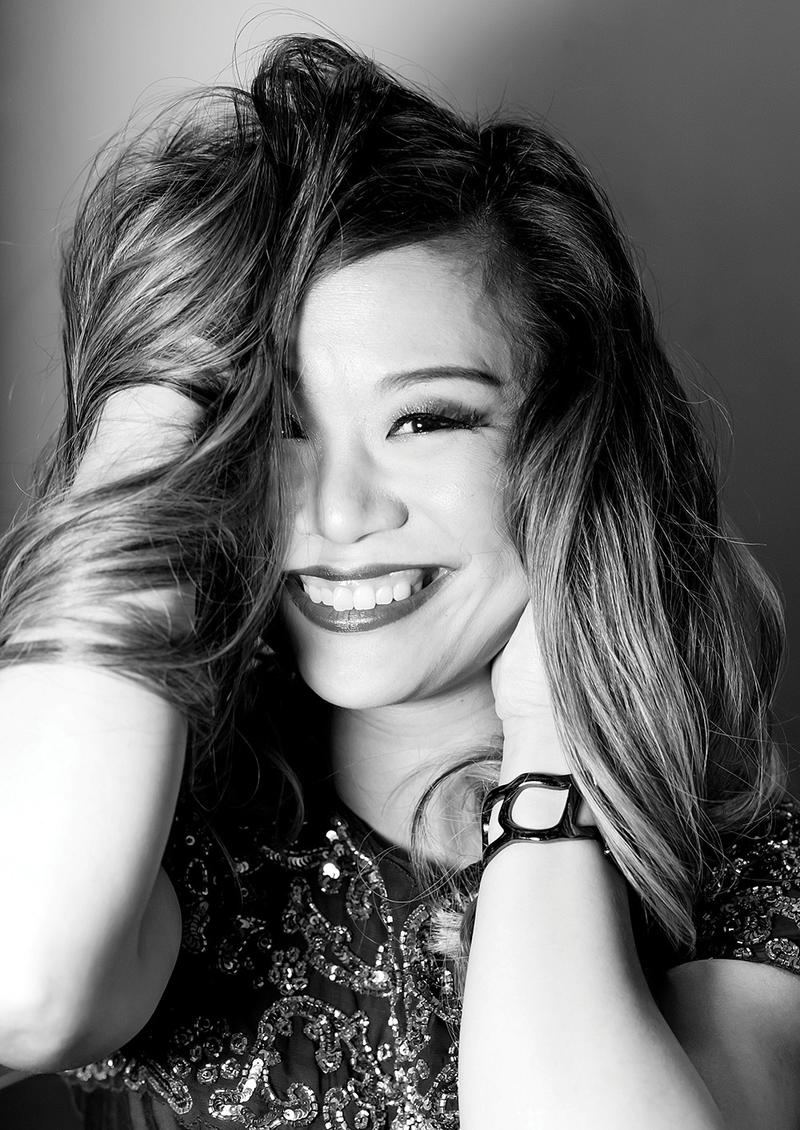 Earlier this month also saw a production of Die Zauberfloete (The Magic Flute) as part of the Macao International Music Festival, while next week (Oct 18-20) Hong Kong will see the Asian premiere of Autumn Sonata, written by Sebastian Fagerlund from Finland. A two-act opera based on the Ingmar Bergman film of the same name, Autumn Sonata, is part of the World Cultures Festival 2019 — The Nordics, which runs through mid-November.

While Bizet’s Carmen is one of the world’s most performed operas, Hong Kong opera company More Than Musical is looking to bring audiences a new immersive experience with its production of Carmen/Hong Kong  — the first Western opera production to be performed at West Kowloon on Nov 1 and 2. The adaptation by Jennifer Williams includes classical music, musical theater, video design and modern dance.

Set in Hong Kong in an imagined near future, the adaptation trades a traditional set and props for projections and a kinetic sculpture. The aim is to help connect the opera to today’s lifestyle, in part through the production’s shorter format. “We want to break people’s perception of opera, and break the walls of performing art silos,” says Rumiko Hasegawa, More Than Musical’s executive director and founder. “Opera can evolve to suit people’s current lifestyles. Asking (people) to invest three to four hours at the theater in the company of strangers is not a smart way to expand audience base. Hence we condense our productions to 90 minutes, which is the typical length of a commercial movie.”

But while Carmen/Hong Kong is geared towards a different kind of opera-goer, the story, Hasegawa argues, has a universal theme. “We believe that Carmen/Hong Kong could resonate with any woman who strives to own her life anywhere in the world,” she says.