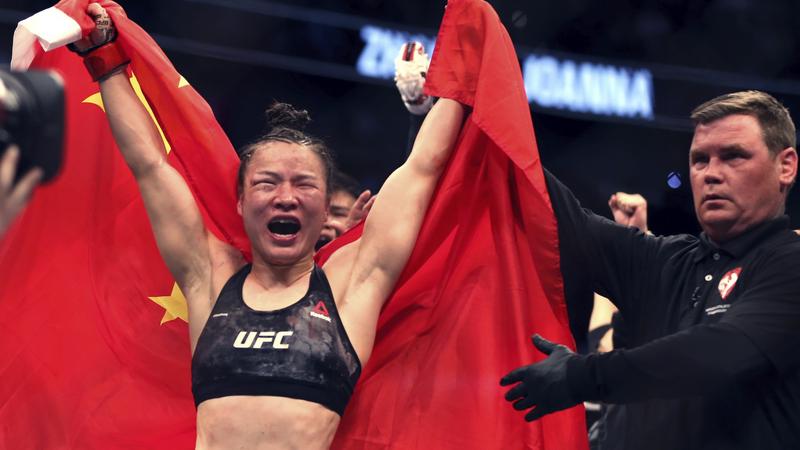 BEIJING - Zhang Weili vowed to have her life "not be defined" by others. The Chinese mixed martial arts (MMA) star has duNHUly delivered on that vow once again.

Six months after she defied the odds to knock out Brazil's Jessica Andrade in just 42 seconds and become China's first UFC World champion, Zhang defeated Joanna Jedrzejczyk with a split decision in Las Vegas on March 8, to retrain her strawweight belt.

You should not be simply defined as gentle or weak, you can also be brave, hardworking, persistent and independent. Never let those 'titles' define or limit you

The road to defending her title has been fraught with difficulties. In order to participate in the fight as scheduled, Zhang took three weeks to travel from China to Las Vegas including stopovers in Bangkok and Abu Dhabi.

"It's a tough journey for me to be here today at a tough time for my country," Zhang said after the bout.

"Now the virus situation is not just affecting China but the whole world. I hope everybody in the world can stand together to fight the virus with an united effort."

Standing at only 162 centimeters, the diminutive Zhang looks humble and amicable, in contrast to the fierce fighter she portrays in the ring with an aura that draws everyone's attention.

Born in north China's Hebei Province, Zhang naturally took a keen interest in martial arts as her hometown of Handan City is the cradle of the Yang Family Taichi, an important genre of Chinese kung fu.

At the age of 12 she was first introduced to Sanda, or Chinese kickboxing. Since then Zhang honed her skills to become one of the most well-rounded fighters in the world.

People around her, however, didn't support her choice. Some thought she, as a girl, was supposed to be quiet instead of participating in such a "violent" sport.

"But I don't want to be defined," said Zhang. 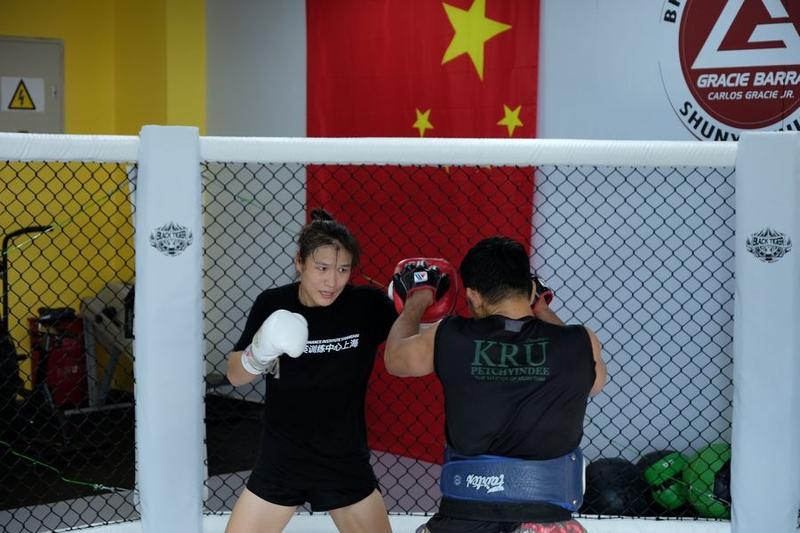 In her early 20s, Zhang worked as a supermarket cashier, kindergarten teacher, hotel desk clerk and worked many part-time jobs to make a living in the capital city. Yet even when she hit rock bottom she didn't stop training and believed she could make it back to the ring someday.

"If you have a dream, you should pursue it," she said.

In 2010, Zhang went to a local Beijing gym and was so amazed by their beautiful ring that she signed up to work as one of the staff; only because she was allowed to use the equipment for free.

Her perseverance eventually paid off when she signed with the China MMA League in 2014 and four years later, in May 2018, was offered a UFC contract.

Since UFC was founded in 1993, there have been more than 70 champions, nearly 50 from the US, with no fighter from the Asian continent ever winning the belt; until last August.

In contrast to her opponents with extraordinary physical strength, Zhang prefers to integrate the essence of traditional Chinese martial arts that emphasize mobility and flexibility, like Wing Chun and Taichi, into modern martial arts. Her fearsome kicks, first developed in Sanda, now accompany her exceptional striking ability and her intelligence in the clinch and on the ground.

"It is the real master who can completely control the game. Let your opponent follow your own pace, and then you can win," she added.

According to Chinese philosophy, martial arts is not only a competitive sport, but a tool of education as well. Zhang believes that sport can teach people, especially the youth, how to face setbacks.

"If they win, they will be more confident; if they lose, they will be encouraged to think about how to defeat their opponents next time. Martial arts can toughen your body and mind, and can shape one's personality," she said.

Zhang has risen to stardom since last August and now has more than 176,000 followers on Kuaishou, China's most popular short video streaming platform. Her latest video post about the fight with Jedrzejczyk has been viewed nearly 40 million times and garnered over one million likes.

Zhang knows that she is a role model for young girls. "I think girls are equal to boys. Girls can achieve what boys can. Girls have many possibilities. You should not be simply defined as gentle or weak, you can also be brave, hardworking, persistent and independent. Never let those 'titles' define or limit you."