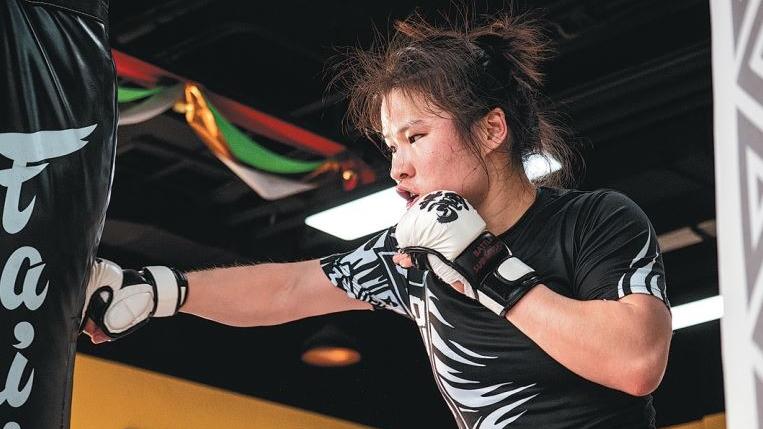 Get ready to rumble, Vegas: The most lethal forces from the East are coming to conquer the mixed martial arts capital of the world.

Zhang (20-1), Asia's only MMA world champion and known as "Magnum" in the octagon, will take on Poland's Joanna Jedrzejczyk (16-3) in her first title defense since wresting the 115-pound strap off Brazil's Jessica Andrade in Shenzhen.

Earlier in the night, Chinese welterweight veteran Li (17-5), who goes by the moniker "Leech", will square off against American Neil Magny (21-7) at T-Mobile Arena. Li is aiming to earn a top-15 ranking spot in the 170-pound division.

Both are raring to do their country proud, with Zhang confident Saturday's event certainly won't be the last time China headlines a UFC card.

"I think me winning a UFC championship has made more young fighters in China believe they are getting closer to it as well," Zhang told China Daily on Thursday during a video chat.

"It's just the beginning of China's rise in the sport. More and more Chinese fighters will come out to challenge the world and they are now more eager than ever to do so," added the 30-year-old Hebei native, who fights out of the Beijing-based Black Tiger Club but has prepared for Saturday's fight at the UFC Performance Institute in Las Vegas.

Li, China's most successful UFC fighter with nine wins since his debut in May 2014, said having two Chinese on the card in Vegas speaks volumes for the country's rise in the octagon. 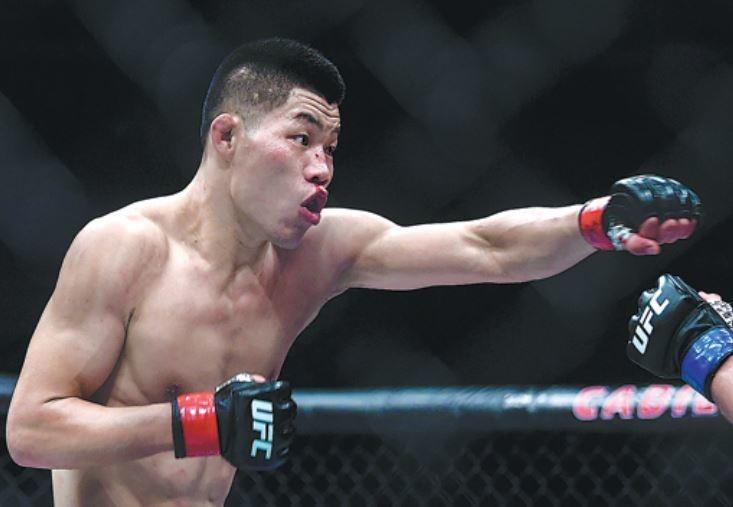 "We are so excited to see more and more Chinese fighters join us in the top echelon of the sport and show their strength representing China," said the 31-year-old, who fights for Beijing-based China Top Team.

"Zhang's historic breakthrough was significant. I believe she can step it up by successfully defending her title."

Boasting a ferocious attacking style based on a strong all-round skill set, Zhang shocked the MMA community in stunning style in Shenzhen. The 30-year-old ended Andrade's title reign just 42 seconds into the first round with a barrage of elbows and knees for a TKO win in just her fourth UFC bout since signing with the promotion in August 2018.

"Everything just happened so quick and so big. I was blown away by the win. It marked a new beginning for MMA in China and even the whole of Asia," said Zhang, who has won via KO or TKO in half of her 20 career wins dating back to October 2014.

The challenge posed by Jedrzejczyk, a kickboxing specialist and the division's former and longest reigning champ, suggests this fight could be a tougher and perhaps longer battle for Zhang.

"She is a tough fighter. I've looked up to her for a long time since she was the champion in this division," said Zhang."I am thrilled to finally have the chance to fight her in the octagon. She is strong in standing strike, perhaps my wrestling skills could catch her off-guard." 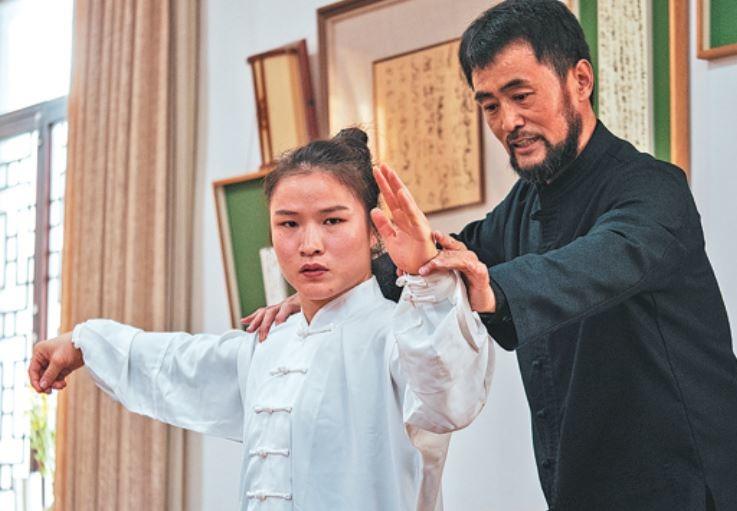 Zhang Weili has incorporated tai chi into her training to improve her composure. (PHOTO PROVIDED TO CHINA DAILY)

Although acknowledging Zhang's exceptional power, Jedrzejczyk, who held the strawweight crown for over two years before losing it to Rose Namajunas in November 2017, is bullish about outlasting the champ.

"She's training really, really hard. But she hasn't faced someone like me yet," the 32-year-old told mmafighting.com on Monday. "Weili is very strong and powerful. But we have a perfect plan. She doesn't know what's coming."

Jedrzejczyk, who holds UFC's most wins in the strawweight division with 10 stoppages, is arguably the most dangerous foe Zhang has ever faced.

She's possibly also the most provocative, with the Pole even poking fun at the coronavirus outbreak in China to try to rile her rival.

On Jan 28, Jedrzejczyk posted an altered version of a fight poster on Instagram, where she appears wearing a gas mask standing behind Zhang, accompanied by some laughing emojis. The post was later deleted after triggering online criticism.

Zhang refused to take the bait and instead posted a classy riposte, asking Jedrzejczyk to divert the focus of any jabs directly to her as opposed to the deadly virus, which the champ believes is too serious to joke about.

"To make fun of tragedy is a true sign of one's character," Zhang added in her post."Say what you want about me, if it makes you feel stronger, but do not joke about what's happening here. I wish you good health until March 7. I will see you soon."

The virus epidemic, though, has still disrupted Zhang's preparations.

To work around travel restrictions between countries, she has had to relocate twice - from Beijing to Thailand and then to Abu Dhabi - before arriving in Vegas in late February, about a week later than her original schedule, leaving less time to make the weight.

Taking detours to Thailand and then South Korea, Li's preparations for his 13th UFC fight and third Vegas bout, were also affected. However, the former free wrestler, who was born in Xinjiang Uygur autonomous region, is committed to punching his way into the upper ranks of the highly competitive division.

READ MORE: Zhang can hit the jackpot in Monaco

"It's been seven years since I joined UFC. I've become one of the longest-fighting Chinese in the organization but I feel like my dream has just started to come true," said Li.

Should he defeat Magny, a rangy 6-foot-3 veteran, Li is likely to move up the divisional ladder and close on a title shot against Nigeria-born American Kamaru Usman.

"I've studied Magny's style and hit with a sparring partner of his size for quite a long time. I will keep him within my range and attack him with quick combinations in and out," said Li.