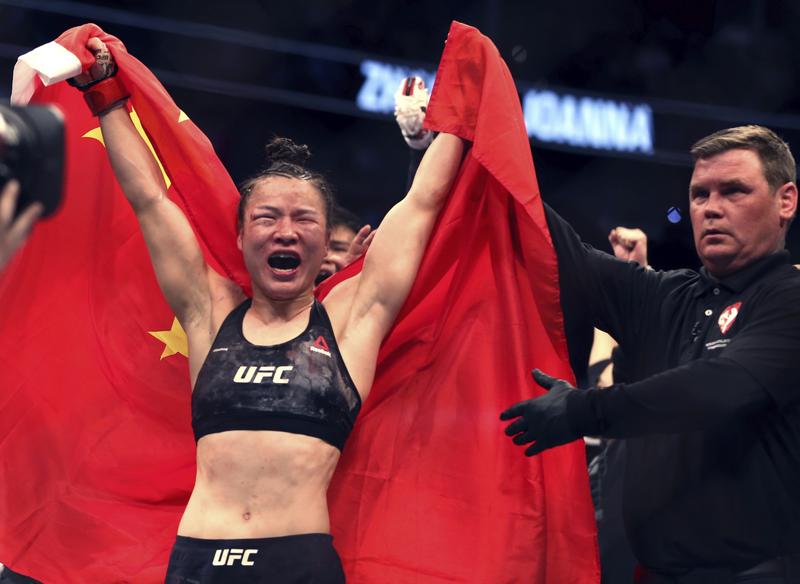 LAS VEGAS - China's first and only UFC world champion Zhang Weili defeated Joanna Jedrzejczyk after a war here in Las Vegas in UFC 248 in the Women's Strawweight clash on Saturday.

In what was one of the best women's fights of all time, Zhang successfully defended her belt with a split decision against the No. 4 ranked Polish Muay Thai specialist

In what was one of the best women's fights of all time, Zhang successfully defended her belt with a split decision against the No. 4 ranked Polish Muay Thai specialist. Zhang won 48-47 on two judges' cards, while Jedrzejczyk won 48-47 on the third.

Zhang, the Hebei native, came into the fight against the Pole as the favorite, but as the fight went on, the gap between the two fighters was non-existent. There was nothing to separate the two throughout the fight as each fighter stood and took heavy blows from the other.

Jedrzejczyk, a former world Muay Thai champion, started the first round brightly and landed a number of powerful leg kicks and straight punches.

However, if Jedrzejczyk thought she would be able to use her significant height and reach advantage to keep the powerful Zhang at bay, she was sorely mistaken. 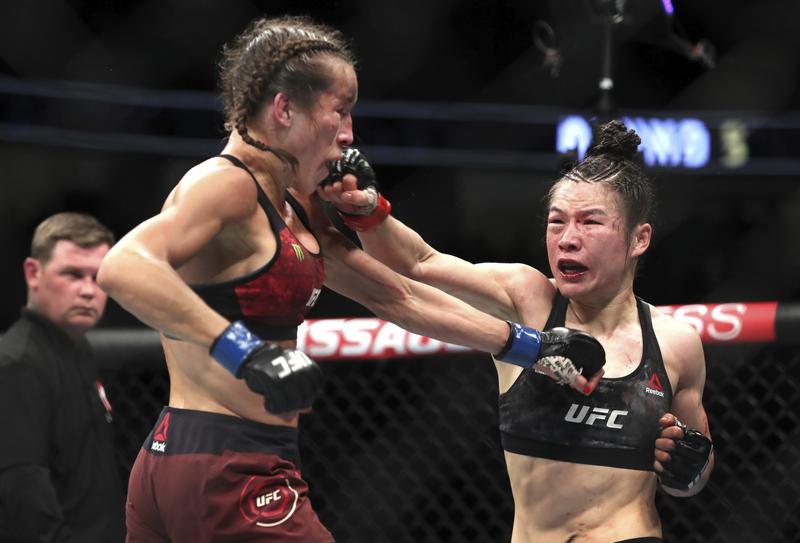 Zhang grew into the first round and was able to land several huge counter strikes and remained composed, even as Jedrzejczyk continued to put the pressure on.

The second round continued as the first round ended. Jedrzejczyk put the pressure on and Zhang responded with deadly, heavy blows. During the second round, Zhang increased her output on leg kicks on Jedrzejczyk which slowed her advance. In addition, Zhang began to more consistently string together the punches in bunches that caused physical damage to the Polish fighter.

While the increased number of punches from Zhang began to land on Jedrzejczyk, the Chinese champion began to fatigue and during the third and fourth rounds, it was clear that Zhang had tired more than her opponent. Yet, Zhang, while slowing down, showed awesome determination and grit to stay even with Jedrzejczyk and win the third despite catching a head kick in the final moments of the round.

In the final round, Zhang got her second win and sparked into life. Zhang, who minutes earlier had been tiring, suddenly looked the fresher of the two women. Jedrzejczyk, who was sporting a huge swelling on her forehead, got caught with yet another big Zhang punch that moved her nose across her face.

In the closing stages of the fight, Zhang and Jedrzejczyk exchanged big shots both looking for a finish to take the decision out of the judges' hands. However, with both women battered and bruised after going through war, neither could get the finish they both desired.

In the post-fight interview, emotions poured out of the champion as Zhang was quick to pay tribute to China's fight against the coronavirus and thank the spirit and support of the Chinese fans.

READ MORE: Fans get played as boxing takes back seat to UFC

Elsewhere on the UFC 248 card, Li Jingliang could not follow up on his big win in Shenzhen six months ago, losing to American Neil Magny by unanimous decision. In the main event, Nigerian-New Zealander Adesanya defended his middleweight against the Cuban Yoel Romero in a controversial fight.