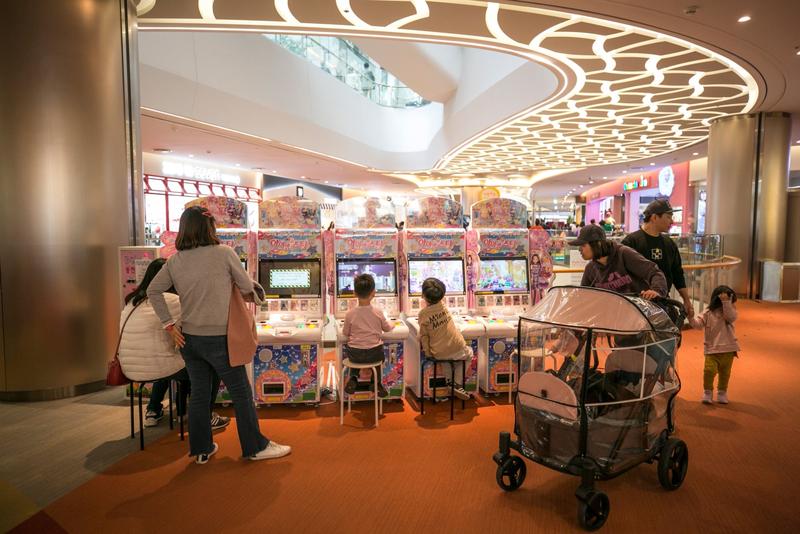 In this March 09, 2019 photo, a family with a baby stroller walks by as South Korean children play the game inside a shopping mall in Seoul, South Korea. (JEAN CHUNG / GETTY IMAGES VIA BLOOMBERG)

South Korea broke its own record for the world’s lowest fertility rate, adding to a list of challenges for a government already grappling with slowing economic growth and a spreading coronavirus outbreak.

A lack of children is driving down S. Korea’s potential growth rate, as the workforce shrinks and an expanding proportion of older employees takes a toll on productivity

South Korean women last year were projected to have an average of 0.92 children over their lifetimes, far less than the 2.1 required to maintain a stable population, the statistics office reported Wednesday. The number of babies fell 7.3 percent in 2019 from the previous year, with the birth rate plummeting among women in their late 20s, the agency said.

A lack of children is driving down South Korea’s potential growth rate, as the workforce shrinks and an expanding proportion of older employees takes a toll on productivity. Bank of Korea Governor Lee Ju-yeol last month said the country’s falling birthrate is one of its most vexing economic hurdles. 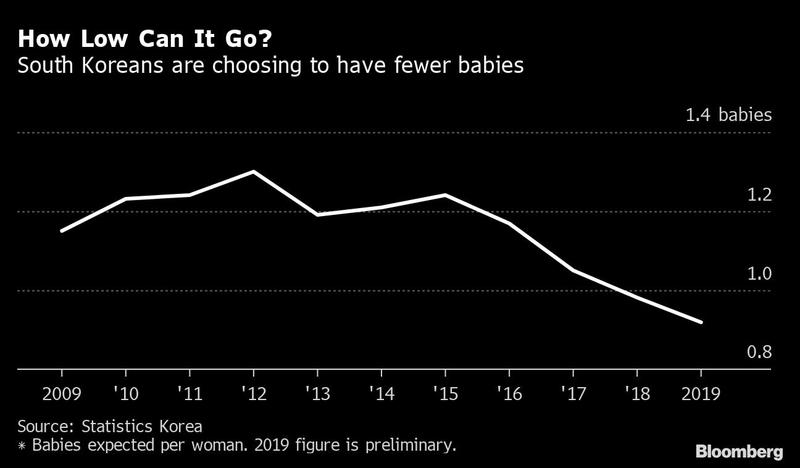 The working-age population probably peaked at 38 million in 2018 and is set to fall by more than half by 2067, according to Statistics Korea. Growing numbers of retired South Koreans are also straining a pension system many see as inadequate.

The country’s fertility rate was 0.98 in 2018, already the lowest in the world according to a comparison with numbers available from the World Bank and the Organisation for Economic Cooperation and Development. Japan and Italy have rates of about 1.4 and 1.3 respectively, the latest OECD data shows.