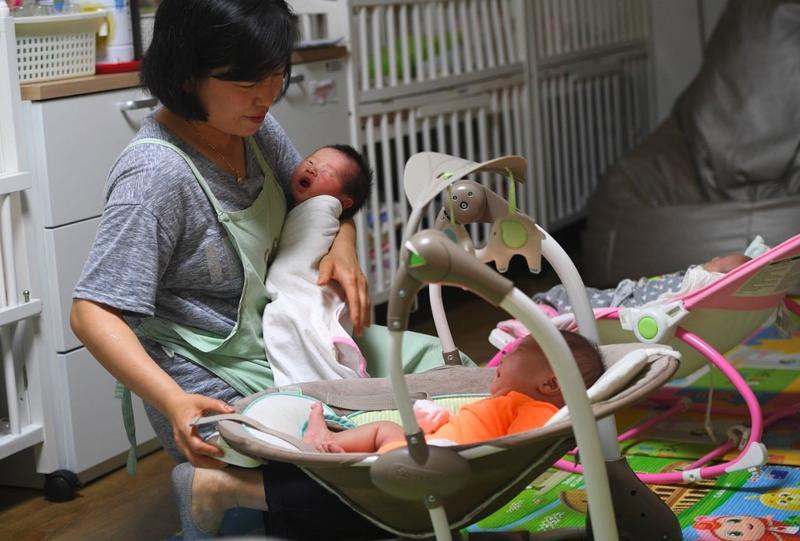 This photo taken on May 24, 2017 shows a social worker caring for babies at the Jusarang Community Church in southern Seoul. (JUNG YEON-JE / AFP)

The number of newborn babies was 24,408 in August, down 10.9 percent from a year earlier, according to Statistics Korea. It was the lowest August reading since statistical office began compiling the data in 1981.

For the first eight months of this year, the childbirth stood at 208,195, down 8.0 percent compared with the same period of last year.

ALSO READ: Like a son but cheaper: Harried S. Koreans opt for pets over kids

The country's newborns continued to fall amid the growing social trend of delayed marriage and the sliding number of women who are of childbearing age.

The number of marriages declined 5.2 percent over the year to 18,340 in August, marking the lowest August figure since the data began to be compiled in 1981.

The continued slide in childbirth fueled concerns about the demographic cliff, which refers to a sudden drop in the heads of household eventually leading to a consumption cliff.

The low birth rate has been a headache for the South Korean economy as it can lead to a shrinking workforce amid the rapidly aging population, which could drag down the economy's growth potential.