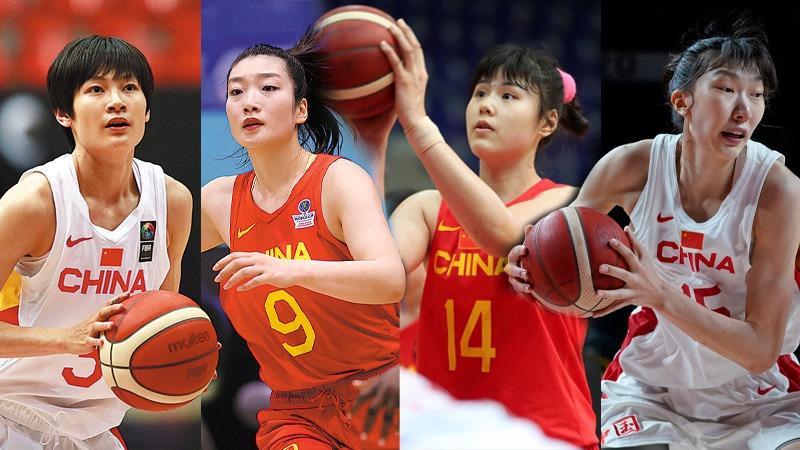 With a new coach at helm and new leaders to lean on, Team China is primed to unleash the power of youth at the forthcoming FIBA Women's World Cup.

As a rebuilding continental power, the Chinese squad is approaching the quadrennial showcase as an opportunity for its exciting batch of young guns to prove themselves on the international stage.

Ahead of Team China's opening game against South Korea on Thursday, Team China's new coach Zheng Wei reckons her squad is ready for action following an intensive three months of preparation that included eight warm-up games, at home and later in Europe

Ahead of its opening game against South Korea on Thursday, new coach Zheng Wei reckons her squad is ready for action following an intensive three months of preparation that included eight warm-up games, at home and later in Europe.

"Even having encountered difficulties such as injuries and a lack of international drills, we are now back on the right track after a solid preparatory program. Physically and mentally, we are in the best possible shape for the battle ahead," said Zheng, a former national team player who was promoted to head coach from an assistant role in May.

Despite high expectations from fans and media, Zheng insists that her team will adopt an underdog mentality, treating each game as its last at the tournament.

Thanks to an unbeaten record at the qualifying tournament in February, FIBA has listed China as No 2 in its official power rankings, behind defending champion the United States. A fan vote on the FIBA website also singled out Zheng's squad as a legitimate threat to the dominant US squad.

Zheng, however, has urged her players to keep their feet on the ground in what will be their first international outing since last year's Tokyo Olympics, where they finished fifth.

"We are happy to earn this recognition, but at the same time, we are quite cool-minded," said Zheng. "After all, we haven't advanced to the final four at any major international tournament in recent years. We need to position ourselves in the right manner as a challenger to the other strong teams in the world."

Drawn in Group A with the US, Bosnia and Herzegovina, South Korea, Puerto Rico and Belgium, China tips off against the Koreans at Sydney's SuperDome on Thursday. A top-four finish is needed to secure a spot in the quarterfinals.

The final will take place on Oct 1, with the winner awarded a spot at the 2024 Paris Olympic tournament.

Zheng revealed that it took her players one month to recover physically after the national camp opened in May following the domestic league season.

A monthlong stay in Europe, during which Team China played quality scrimmages against France, Belgium and Serbia, helped raise the tempo and intensity needed for the World Cup challenge, according to Zheng.

"Every game was a test for us, yet we are improving," said Zheng. "We've worked very hard on rectifying some problems, such as limiting turnovers, adapting to high-pressure defense and coping better in contact situations. Day by day, we are getting better." 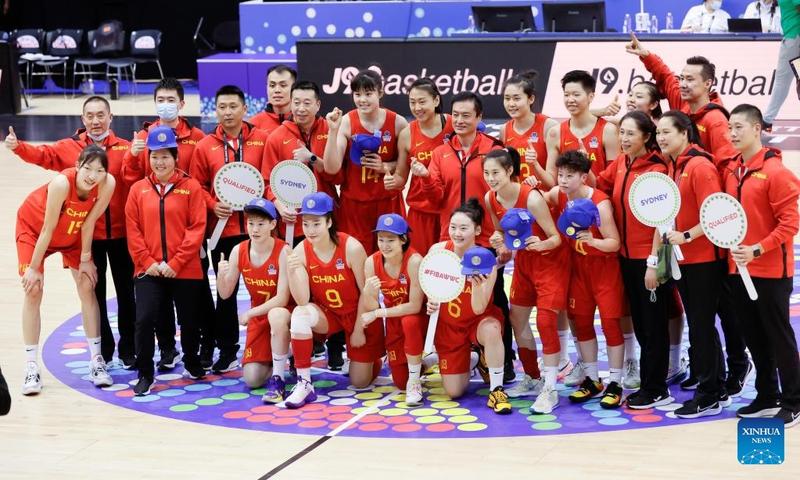 With veterans Shao Ting and Sun Mengran leaving the national program after the Tokyo Games, Team China has completed a major roster reshuffle. A new breed of perimeter shooters, playmakers and scorers on the wing are anchored by the towering combo of Han Xu and Li Yueru, two centers who played in the WNBA last season.

Billed as the Yao Ming of the women's game, China's 6-foot-10(2.07-meter) center Han impressed in her second WNBA season with the New York Liberty, averaging 8.5 points and 3.6 rebounds in 32 regular-season games to help the Liberty advance to the playoffs.

With her confidence soaring, Han said she's ready to contribute more to the national team at her second World Cup.

"The experience of playing in the WNBA has been really helpful. I've learned a lot from competing against the best in the world and I've become more confident facing them on the international stage," said the 22-year-old, who was selected 14th overall by the Liberty in the 2019 WNBA Draft.

"I think we are better than four years ago," said Han, who caught the basketball world's attention by scoring 20 points against the US in her World Cup debut in 2018 in Spain.

"We are now more aggressive on the perimeter. We are faster and we have players who can penetrate and make plays. But we will still count on our strength in the paint and I need to shoulder more responsibilities to help my team on and off the court."

Although spending most of her debut season on the Chicago Sky bench, Li also reckons that her WNBA experience is invaluable.

"The biggest improvement is my self-confidence," said the 23-year-old, a strong center whose bulk and power complements Han's agility and shooting range.

With the young duo's giant presence causing chaos under the rim, Team China's offense is a match for any opponent when in full flow－as witnessed by the 70-63 warm-up win over Australia in Sydney on Wednesday.

There is still a lot to improve on, though, according to coach Zheng.

"I think we still need to build better chemistry between our WNBA players and those in the domestic league as we only played together for a short while," said Zheng.

"We are looking forward to having our game tested and further improved when the real competition starts."