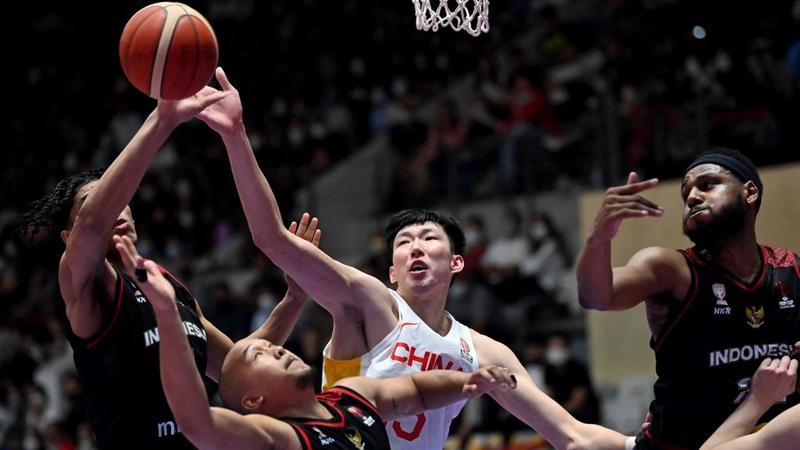 BEIJING - After an unprecedented experience of training and competing overseas for over two months, China's national men's basketball team surely has something to reflect on.

Departing from their homeland in late June, China played FIBA World Cup Asian qualifiers in Australia and Kazakhstan, the FIBA Asia Cup in Indonesia, and trained in Spain and France in between.

China currently sits second in the six-team Group F in the World Cup Asian qualifiers - with the top three teams qualifying for the 2023 FIBA Basketball World Cup - and failed to reach the Asia Cup semifinals.

Head coach Du Feng chose to look at the team in a positive light, as he rated his side's campaign eight out of 10 overall.

After training and competing abroad, we have discovered the trend of basketball development globally, and found a huge gap to those strong sides. Since we played the World Cup qualifiers in Australia, we have found that other Asian teams focus on improving their physical contact and shooting performance.

"After training and competing abroad, we have discovered the trend of basketball development globally, and found a huge gap to those strong sides," he told reporters on Monday.

"Since we played the World Cup qualifiers in Australia, we have found that other Asian teams focus on improving their physical contact and shooting performance," he said.

Du said his side felt pressure at the start of the qualifiers as they hadn't played any international competition for a long time, while emphasizing the team was improving.

China ran into trouble ahead of their Asia Cup campaign, as several team members tested positive for COVID-19, meaning the team had to call five new players up onto the roster.

"We encountered the biggest challenge when we headed to Indonesia to play the Asia Cup. Over 10 players had to stay in Australia and at one point there were only four players training, so our coaching staff had to involve themselves in the team's tactical training," Du revealed.

As for future improvement, the coach highlighted his players' use of their skills.

"They feel less pressure in the domestic league and can better use their own skills," the coach explained. "But it will be different on international stage, as there is less open space for your set shots."

China will face Iran and Bahrain in November's qualifiers. For Du, his team's biggest problem is physical and mental fatigue, as his players will meet again after having played several rounds of domestic league games.

"It will be quite difficult," he admitted. "If players don't feel excited when they step on the court, they will not totally engage themselves in the games. Iran and Bahrain are two sides with different styles, so we need to lay out different defensive tactics." 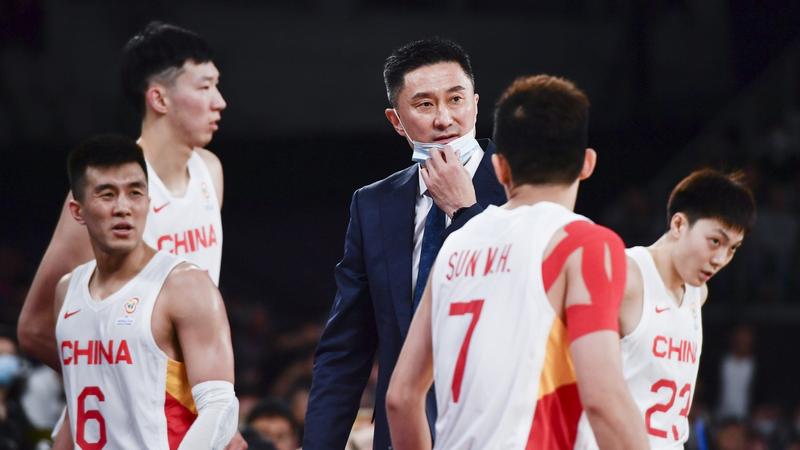 Du underscored the responsibility that his players had shown when facing huge difficulties.

"They just persisted and overcame these difficulties. Everyone dedicated themselves to this group," he noted.

"I don't want to make excuses [for the Asia Cup performance]. But you have to know that our team didn't play the Asia Cup in good shape, so players' action time had to be strictly restricted, and I had to make rotations every two or three minutes. We were not a complete team then."

"It was already a success when we competed there," Du said.

China's players have also discovered room for their future improvement.

"It's a precious opportunity for us to play those Asian teams. They showcased aggressiveness and competitiveness. I need to learn how to handle the game in every possession," said point guard Xu Jie.

"The competitiveness of international matches is much higher than league games," fellow guard Sun Minghui echoed. "Our opponents' handling in clutch time and their game reading is beyond my expectations."

For China's post players, there are also things to draw on.

"I need to do better in guarding pick and roll," said center Wang Zhelin.

China's men's basketball team failed to qualify for the Tokyo Olympic Games last year, the first time the team has failed to do since first participating in the Olympics in 1984.

Du remains upbeat about his team's prospect despite the current low ebb.

"If we are complete and healthy, we have the chance of contending for the Asian championship," he said.

"Qualifying for the 2023 World Cup is our primary goal. We hope to get good results in all windows of the World Cup to improve our world ranking so that we can get a favorable World Cup draw, and then perform well to get a ticket to the Paris 2024 Olympic Games," Du added.