A key player of all that jazz

Performer's growing reputation sees him establish a name for himself on world stage, Chen Nan reports. 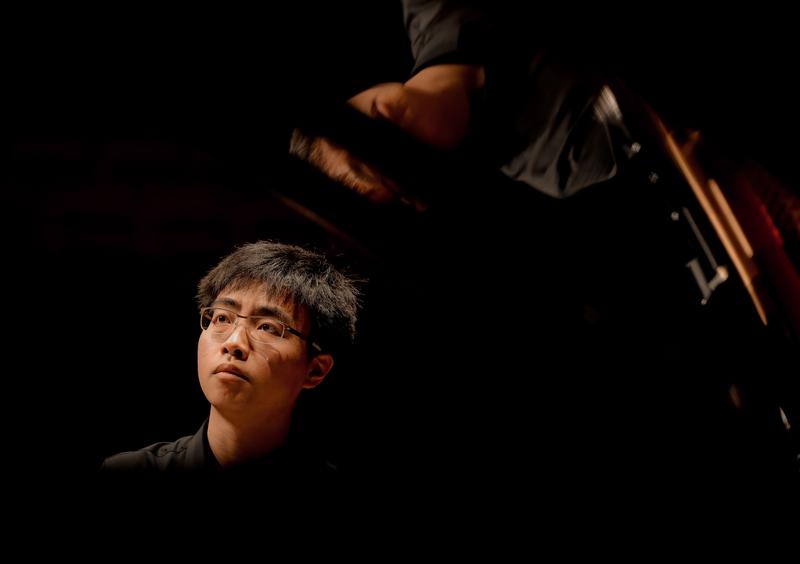 Since his stage debut at the age of 13 during the Beijing Nine Gates International Jazz Music Festival in 2012, pianist Dai Liang has attracted increasing public attention under his stage name, A Bu.

During the past 10 years, Dai has bolstered his reputation by performing at some of the world's biggest jazz events. For example, he is the only Chinese jazz pianist to have been invited by UNESCO to perform at the International Jazz Day's Global All-Star Concert in 2015, 2018, 2019 and 2020. He shared the stage and collaborated at these concerts with internationally acclaimed jazz musicians from the United States, such as Herbie Hancock, Wayne Shorter and Marcus Miller.

I’ve been looking for different ways to build conversations with my music. This new album is like a conversation between (Nikolai) Kapustin and me.

He also won international music awards, including first prize and the Audience Choice at the prestigious Montreux Jazz Solo Piano Competition in Switzerland, and, in 2015, became the first Chinese participant to win a prize in the history of the competition.

On July 31, the pianist released his new album, titled New Memories, at the National Center for the Performing Arts in Beijing. The day before, he performed with veteran Chinese bassist Liu Yue at the East Shore Live Jazz Cafe, near Beijing's Houhai Lake, a popular venue for jazz lovers. He is also touring Chinese cities, including Guangzhou and Xi'an, in support of his new album, this month.

He pays tribute to the late Russian musician with this new album, as well as marking the day they met in Moscow, which Dai considers to be one of the most important days in his life. 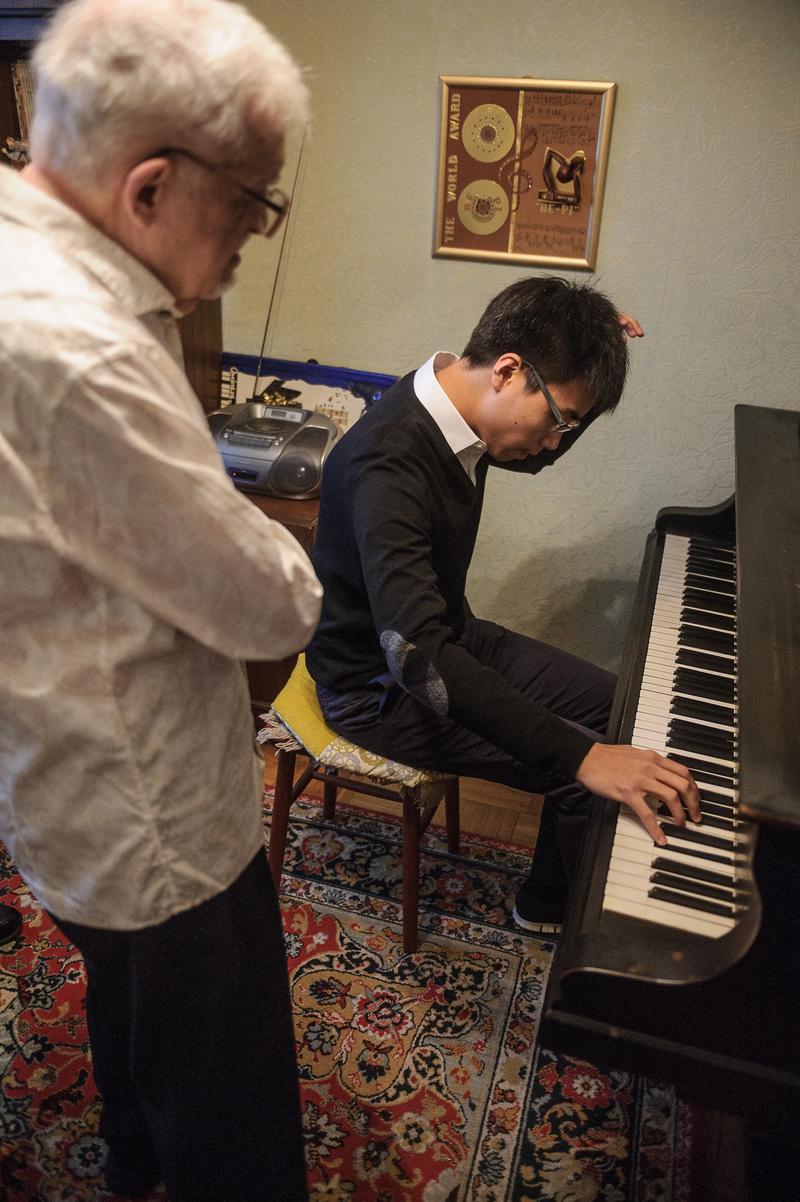 Dai plays the piano during his visit to the home of Russian pianist and composer Nikolai Kapustin in Moscow in 2016. (PAVEL KORBUT / FOR CHINA DAILY)

On Nov 21, 2016, Dai held a concert featuring music by Kapustin in Moscow. The very next day, he visited the composer at his home in the city. It was the first and only time they met, though they had been communicating through email since 2014.

That day was Kapustin's 79th birthday. Dai played the composer's Sunrise (Daybreak) Op 26, with an impromptu performance of the song, Happy Birthday.

"I had been looking forward to seeing him. I had many questions, but when we finally met, I didn't want to ask any at all. It was an honor to meet him and when he listened to my performance, especially the song Happy Birthday, he smiled, a moment which I will never forget," recalls Dai.

Dai names the new album New Memories because the day he met Kapustin was significant to him personally. "After that day, everything is new, which then forms my new memories," says Dai.

Born in the town of Gorlovka in eastern Ukraine, Kapustin moved to Moscow and began piano lessons at the age of 14. From 1945, he began to discover jazz, developing a career as a jazz pianist and composer, with a compositional style that fused jazz and classical music. 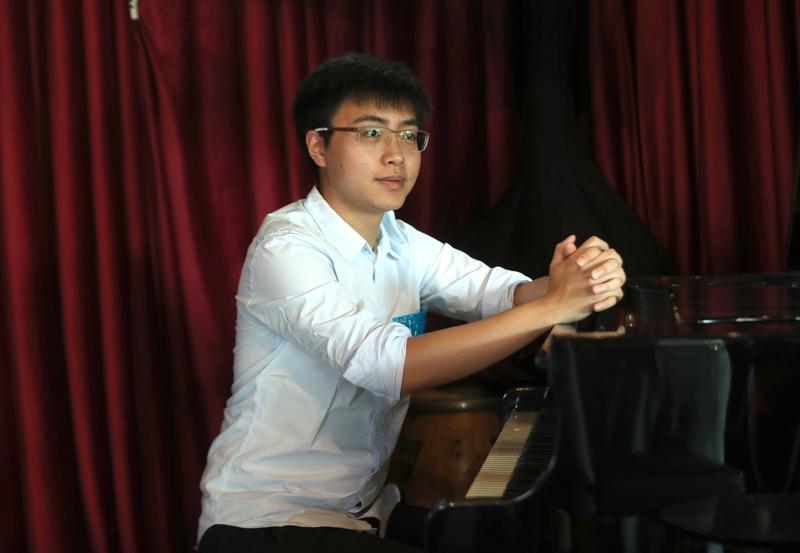 "I've been looking for different ways to build conversations with my music. This new album is like a conversation between Kapustin and me," says Dai, adding that he has been listening to Kapustin's music since 2014, when he studied in New York. Through email, he sent Kapustin his interpretations of the Russian composer's music and they exchanged musical ideas.

Growing up in Beijing, Dai started playing jazz at a young age. He relocated to New York in 2014 and began to collaborate with local jazz musicians, including bassist Larry Grenadier and Grammy Award-winning jazz drummer Eric Harland, with whom he recorded his jazz trio album, One Step East, in 2019.

Dai is also credited with promoting cultural exchange and raising awareness and understanding between China and the West, through the performance of original works which seamlessly fuse aspects of both cultures.

In particular, for the 2020 edition of International Jazz Day, he performed Chinese jazz pianist Kong Hongwei's composition, Made in China, a symbolic piece which infuses elements from Chinese music and traditional jazz genres.

"Performing an original composition by a Chinese jazz artist at such a grand event is a great way to introduce contemporary Chinese jazz music to an audience from the US," says Dai. "It is important that my continuous appearances in both China and the US bring forth opportunities in presenting jazz music from both countries to a wider audience." 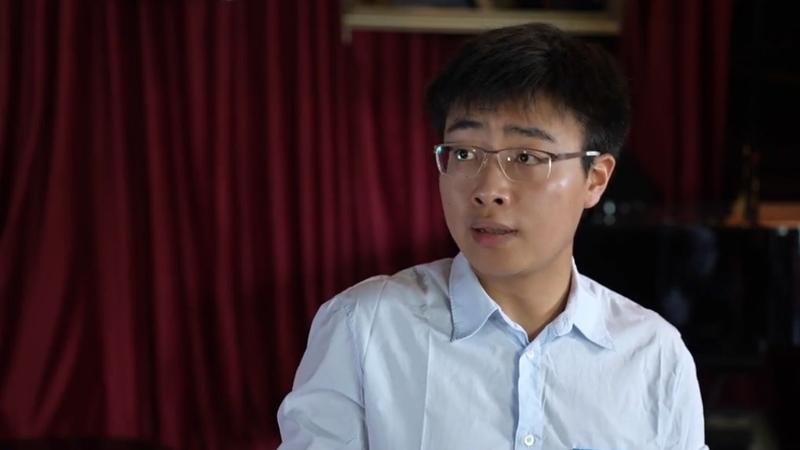 In June 2020, he also performed tribute concerts at the Blue Note Jazz Club in both Shanghai and Beijing in honor of the American jazz icon Chick Corea, who passed away in February that year.

Back in 2013, Dai was invited onstage by Corea at Shanghai's JZ Festival, where the two played an impromptu session together.

"Chick Corea was a giant figure in the global jazz scene. His music helped both the old and new generations of Chinese jazz musicians to explore the art form further. I am honored to present his music to Chinese audiences and carry on his musical legacy," says Dai.

Dai's professional career as a jazz pianist continues to inspire more Chinese musicians to take an interest in such a distinct art form. Meanwhile, his musical creativity brings a certain frisson to the contemporary jazz scene.

"Ever since his stage debut at 13, he has been a phenomenal figure on the Chinese jazz scene," says bassist Huang Yong, founder of Beijing Nine Gates International Jazz Music Festival, who is also the secretary-general of China Jazz Association of the Chinese Musicians' Association. "Jazz started to appear in the capital during the early 1990s. At the time, few people even knew what jazz was. Thanks to our homegrown musicians, jazz music has been enjoyed by more people, especially young audiences."