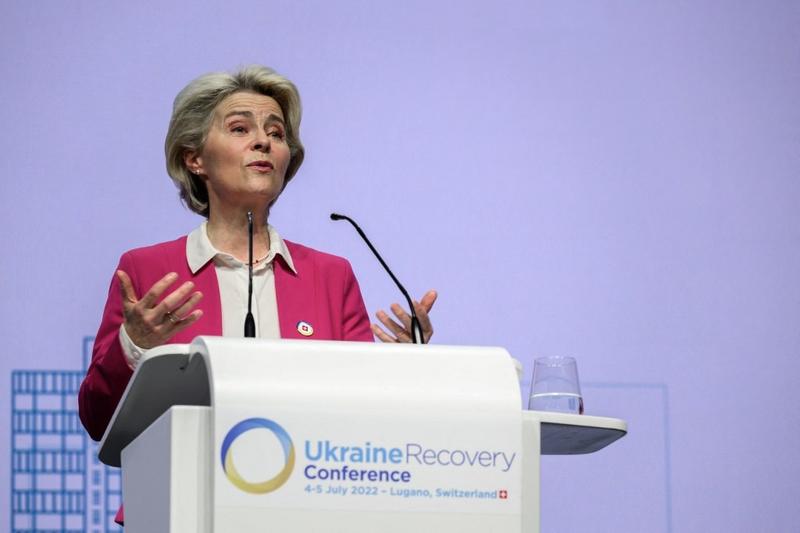 President of the European Commission Ursula Von der Leyen delivers a speech at the start of a two-day International conference on reconstruction of Ukraine, in Lugano on July 4, 2022. (FABRICE COFFRINI / AFP)

BRUSSELS/MPSCOW/KYIV/MINSK – The European Union on Thursday imposed more sanctions on Russia over its conflict with Ukraine, including a ban on gold imports and the tightening of export controls on high-technology goods.

The "reinforced, prolonged EU sanctions against the Kremlin send a strong signal to Moscow: we will keep the pressure high for as long as it takes," European Commission President Ursula von der Leyen has tweeted.

EU High Representative for Foreign Affairs Josep Borrell described the additional sanctions as "another important step to curtail Russia's capacity to continue and finance its war of aggression against Ukraine."

"We are effectively banning Russia's most significant export after energy – Russian gold," Borrell said in a statement.

It is up to Russia (now), to stop bombing Ukraine's fields and silos, and stop blocking Black Sea ports.

At the same time, the EU was extending the exemption of transactions for agricultural products and the transfer of oil to third countries, he said.

"It is up to Russia (now), to stop bombing Ukraine's fields and silos, and stop blocking Black Sea ports," Borrell said.

The package also extends the list of controlled items that may contribute to Russia's military and technological advancement or the development of its defense and security sector.

In addition, the European Council decided to add more individuals and entities to the sanctions list and to strengthen reporting requirements.

"The EU firmly stands with Ukraine and will continue to provide strong support for Ukraine's overall economic, military, social and financial resilience, including humanitarian aid," according to a statement issued by the Council of the European Union.

It also pledged that Russia, Belarus and all those responsible for war crimes "will be held to account for their actions, in accordance with international law."

Russia's aerospace forces hit a temporary deployment point of Ukrainian troops at a recreation center in Ukraine's Odessa region, killing over 600 fighters, among whom were 120 foreign mercenaries, on Saturday, the Russian defense ministry said on Thursday.

Another strike on Sunday hit a temporary deployment point of a unit of the Ukrainian armed forces, located in the city of Nikolaev, killing over 320, it added. 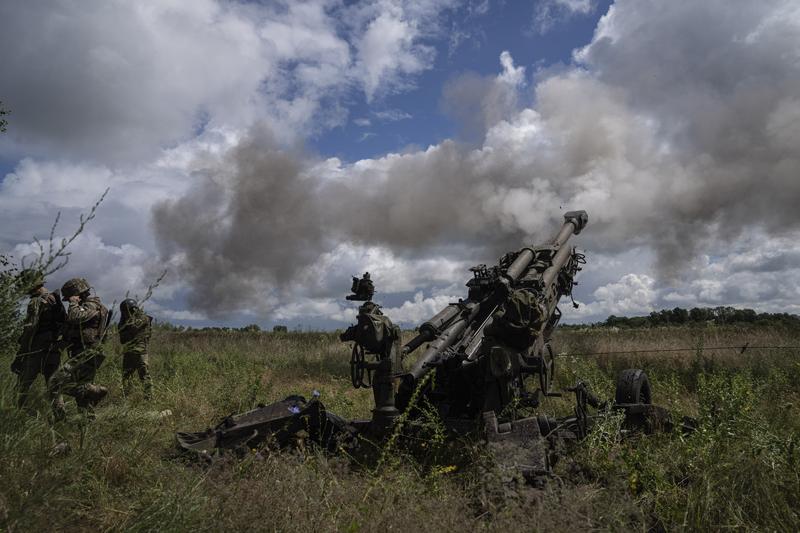 Ukraine's drone strikes, which target nuclear facilities (controlled by Russian army) in Ukraine, could provoke a nuclear catastrophe in all of Europe, Russia’s foreign ministry said on Thursday.

The conflict in Ukraine didn’t start with a Russian special military operation, but began several years earlier, President of Belarus Alexander Lukashenko said in an interview with Agence France-Presse news agency on Thursday.

In 2015, after lengthy negotiations of the Normandy Format countries – Ukraine, Germany, Russia and France – in the capital of Belarus, the Minsk agreements on the ceasefire in Donbass were signed, adding that if the agreements had been fulfilled by the Ukrainian authorities, the conflict would not break out today, he said.

Lukashenko also recalled that before the start of the special operation, Russia had repeatedly asked the West to provide security guarantees, but received no positive answer.

The Minsk agreements, reached in September 2014 and February 2015, outline the steps needed to end the conflict between the Ukrainian government troops and local armed groups in Donbass.