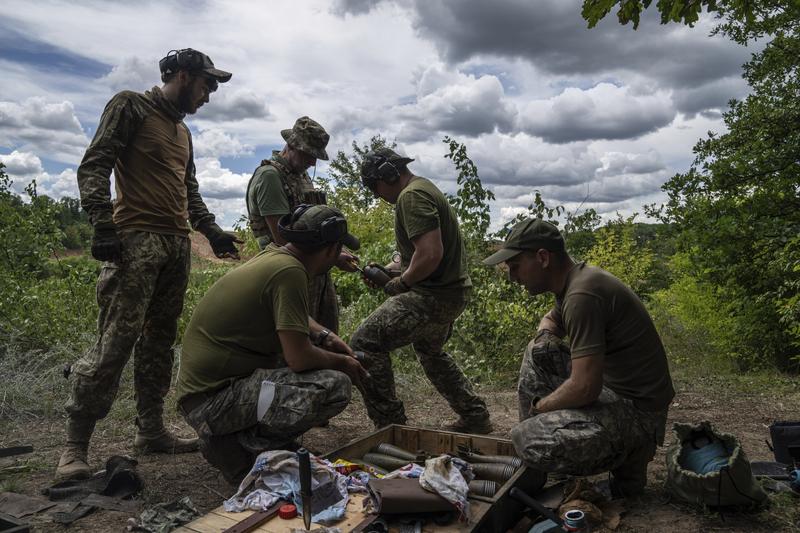 DAMASCUS/KYIV/ISTANBUL – Syria on Wednesday severed diplomatic ties with Ukraine in response to a similar move by Kyiv last month.

The Syrian foreign ministry made the declaration, saying that Ukraine has taken aggressive stance towards Syria since 2018.

On June 29, Ukraine cut relations with Syria after Damascus recognized the independence of the eastern regions of Luhansk and Donetsk.

Forty-five more bodies of dead soldiers have been returned to Ukraine as part of another exchange with Russia, Ukraine's Ministry of Reintegration of the Temporarily Occupied Territories said on Tuesday.

The approach of the Russian delegation during the last Istanbul meeting was very positive. The outcome of the talks will have a positive impact on the whole world.

The operation to exchange the bodies of the soldiers killed in the Russia-Ukraine conflict was carried out by joint efforts of Ukraine's Commissioner for Missing Persons and the country's law enforcement agencies, the ministry's press service said in a statement on Tuesday.

Last week, the commissioner, Oleg Kotenko, said that about 7,200 Ukrainian servicemen went missing since the start of the Russian special military operation in February.

The Ukrainian government will negotiate with its foreign creditors to postpone Ukraine's Eurobond repayments by 24 months, the Interfax-Ukraine news agency reported on Wednesday, citing a cabinet decree.

Ukraine is seeking to reach an agreement with its lenders on the issue by Aug 15, according to the document.

If creditors refuse to voluntarily postpone the payments, Ukraine will continue to service its debts in accordance with the existing conditions, said the decree.

By July 2024, Ukraine has to repay Eurobonds worth $3 billion in three payments, the local media reported. According to the Ukrainian finance ministry, the country's state and state-guaranteed debt increased by $3.82 billion in May to $101.44 billion.

As global concerns over food insecurity grow, Istanbul is preparing to host the second round of talks in anticipation of a solid outcome regarding the safe transportation of Ukrainian grain to international markets.

The first round of negotiations among military delegations of Türkiye, Russia, and Ukraine, as well as representatives of the United Nations concluded last week with an agreement on the basic principles of the shipment process through the Black Sea.

Turkish President Recep Tayyip Erdogan met with Russia’s Vladimir Putin in the Iranian capital, Tehran, on Tuesday to discuss the efforts to resume shipments from Ukraine.

Erdogan made the remarks before his one-on-one meeting with Putin ahead of a summit of leaders from the guarantor states of the Astana process, which was established to find a peaceful settlement in the Syrian crisis.