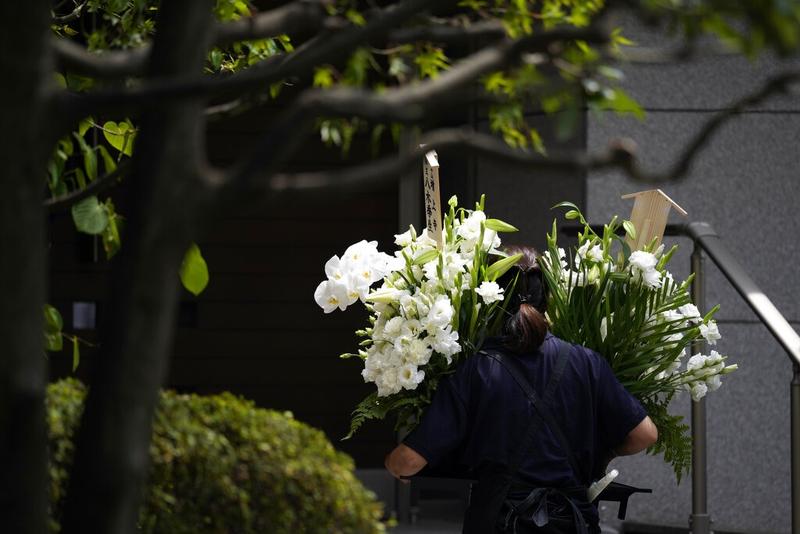 A worker brings a condolence flower to the residence of Japan's former Prime Minister Shinzo Abe who was assassinated July 9, 2022, in Tokyo. (EUGENE HOSHIKO/AP)

On behalf of the Chinese government and people, and in his own name, Xi expressed deep condolences over Abe's sudden and unfortunate passing, and offered sincere sympathies to the family of Abe.

Xi pointed out that Abe made efforts to improve China-Japan relations during his time in office and contributed positively to this endeavor.

Xi said he had reached important consensus with Abe on building a China-Japan relationship that meets the needs of the new era, adding that he deeply regrets the sudden passing of Abe.

The Chinese president said he stands ready to work with Prime Minister Kishida to continue developing a good-neighborly friendship and cooperation between China and Japan in accordance with the principles established in the four political documents between the two countries.

Also on Saturday, Xi and his wife, Professor Peng Liyuan, sent a message of condolence to Abe's wife Akie Abe to express their sympathies.