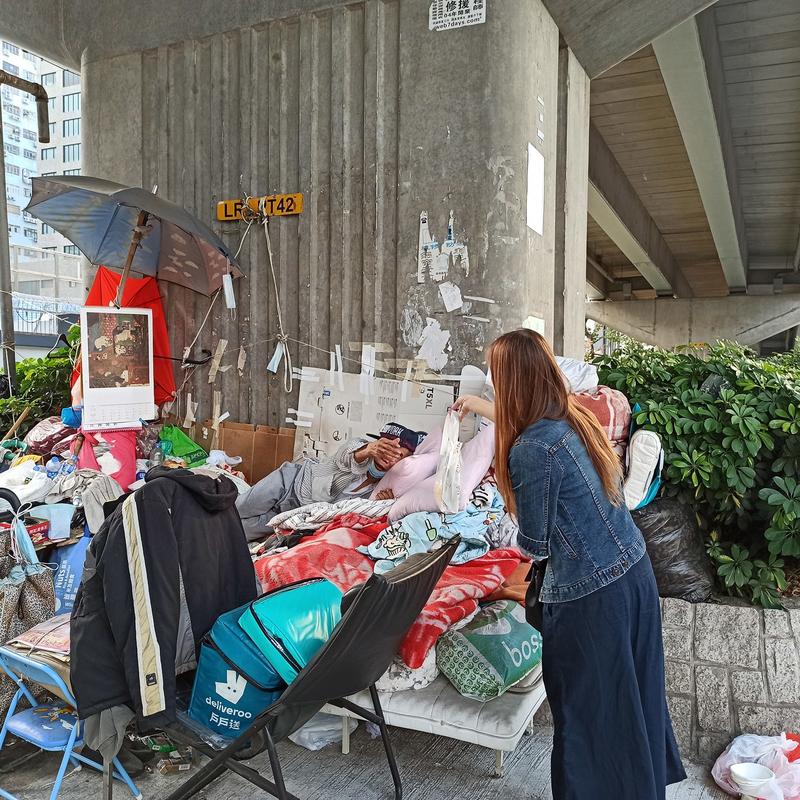 During this process, they communicated a great deal, though not through words, but by using simple gestures and text messages.

We often treat pandemics as incidents that are mainly dealt with by the medical sector. But this one has evolved into a new kind of disaster that requires all of society’s strength to overcome it.

Tai has impaired hearing and difficulty speaking, but he and his colleague volunteered to help other residents in the city's worst outbreak of COVID-19 to date.

It was Tai's first time as a volunteer. Although unable to hear residents say "thank you", he still received their appreciation and encouragement in the form of emoticon smiles and thumbs-up.

The 47-year-old is a kitchen helper. Like many grassroots workers, he is experiencing an extremely difficult time as the pandemic lingers.

Although faced with such adversity, he still finds time to care for families infected with COVID-19, who are even more at risk than himself. The distribution operation that Tai joined was organized by Hong Kong Community Anti-Coronavirus Link, a major social group fighting the pandemic.

The volunteers and the community groups mobilizing them have formed the first line of defense against the virus.

When Hong Kong was caught off guard by the fifth wave of COVID-19, these volunteers and organizations acted swiftly to help the local government protect residents. In addition to racing against time to deliver anti-pandemic materials, they visited outlying islands and remote villages to help with vaccinations, offered care to struggling seniors and the underprivileged, and used social media to spread news about the situation and to deny rumors. 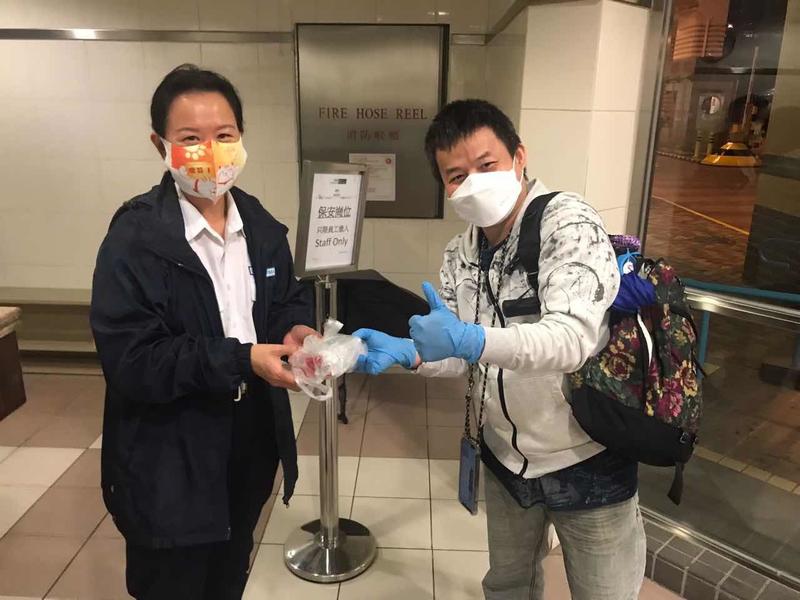 Group leaders and scholars said that community work has taken on a fresh look in the battle against the pandemic. Newly founded volunteer groups have been outstanding, young people and professionals are showing passion for the fight, and the social divide is being healed with trust.

The group leaders and scholars said that with the lessons learned to date, they believe Hong Kong is better prepared to deal with future crises, but faces a greater risk of infection after reopening the border with the Chinese mainland. Along with the possibility of more disasters brought by climate change, a more resilient community must be built, they added.

Man Yuk-ling, president of Same Heart Hong Kong, one of the first NGOs in the city to join the fight against the pandemic in late February, said her initial solo efforts to deliver medical supplies to residents developed into a team of 110 volunteers.

At first, Man handled everything herself－contacting residents and driving her car to deliver supplies door to door with little protection. As demand soared, she formed a fleet of vehicles, strengthened the protection of front-line volunteers, and clearly divided their work.

The five hotlines that were set up were quickly overwhelmed. Each volunteer received hundreds of calls every day, and online messaging apps and electronic spreadsheets were later used to keep in contact with those seeking help. 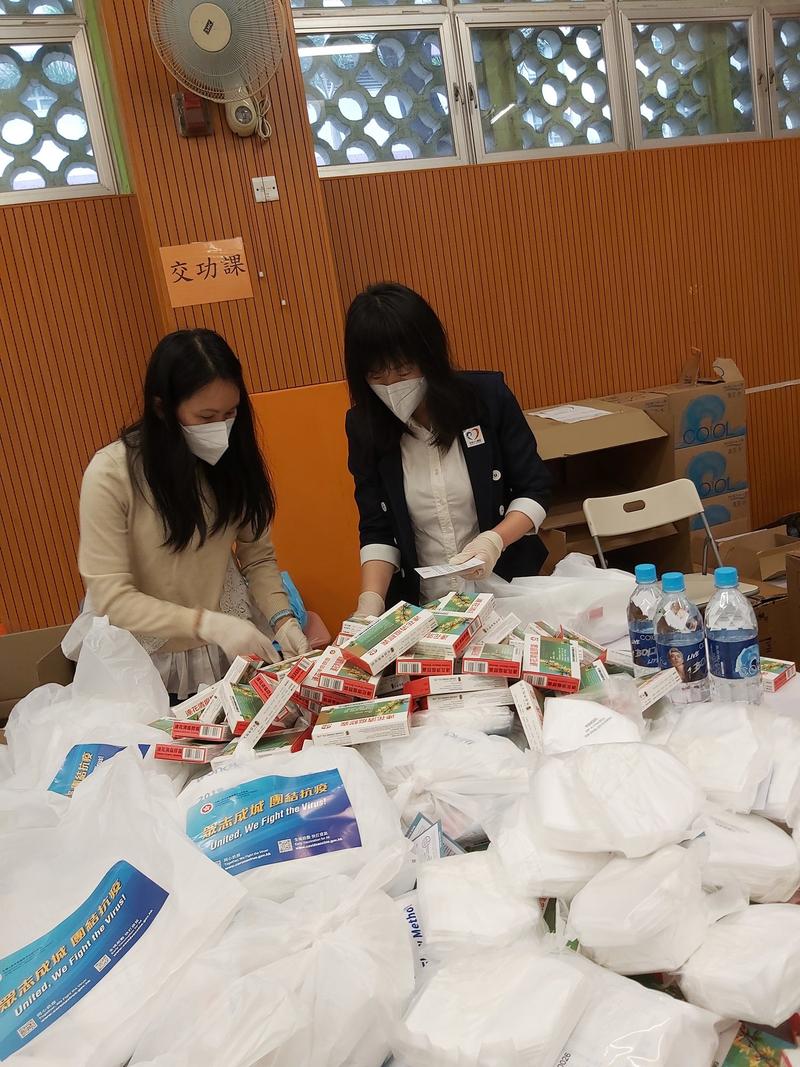 Although Man described the volunteers' efforts as "trivial", many residents welcomed the assistance they received. For those who want to help, Man's advice is not to worry too much about inexperience, "as the situation will keep changing and there are always more solutions than problems."

Man said nearly all her organization's volunteers fighting the fifth wave of COVID-19 cases are newcomers, and include professionals such as financial workers, along with teachers and medical students.

More newly established social groups such as Man's, which was formed in 2019, have also taken the initiative to respond to residents' needs.

He said most of his team members are young. Since late February, they have visited residential buildings in the district to distribute health kits. A number of youth groups have also formed a fleet of 200 vehicles to deliver anti-pandemic materials to patients at designated clinics.

Zhang said that during this process, the volunteers' ability has improved and their thinking has matured. He believes that with the experience they have acquired, the volunteers will play an increased role in future public crises.

He added that the pandemic has also broken down political barriers in district work. Previously, residents often sought help from district workers whose political stance they agreed with. Now, response speed and execution ability have become the major considerations, and Zhang believes these positive changes will benefit the development of district work.

Paul Yip Siu-fai, associate dean of the Faculty of Social Sciences at the University of Hong Kong, said the latest wave of cases has greatly increased trust between community workers and residents. With strengthened connections, even before the pandemic emerged, these workers can better support vulnerable and unprivileged groups in need. Besides responding to residents' requests, they also offer support in a more active way.

Despite these welcome developments, Sze Lai-shan, deputy director of the Society for Community Organization, an NGO that dates back more than 50 years, said there is still a lack of communication between the groups in exchanging their experience and forming a united platform to coordinate the distribution of donated supplies.

Stressing that it is vital to improve such coordination, she also suggested the groups adopt more flexible methods to cope with future crises.

"Community workers may meet many unexpected problems in public crises. They need to constantly think out of the box to figure out new solutions. If every decision needs to wait for official guidelines, their support may be too late for those seeking help," Sze said. 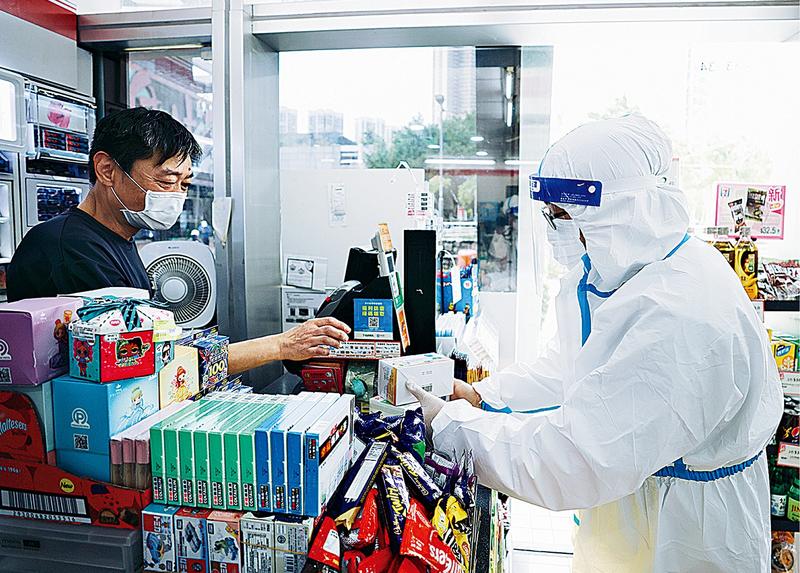 Emily Chan Ying-yang, assistant dean and professor at the Chinese University of Hong Kong Faculty of Medicine, stressed the importance of strengthening guidance and educating communities to enhance their ability to cope with future emergencies and crises.

She said that when disasters strike, it is hard for governments to take care of every aspect, and it is important to strengthen communities' ability to support themselves. "In the event of disasters, they should clearly know how to handle unexpected situations, ensure essential services, and take care of residents when there are limited resources," Chan added.

She suggested that Hong Kong also draw up community-level emergency plans, including the preparation of essential materials, coordination among different organizations, and especially support for people forced to stay home.

Although the city improved its emergency response system after an outbreak of severe acute respiratory syndrome in 2003, COVID-19 poses new challenges, and the response mechanism also does not fully tap the potential of communities, Chan said.

The study analyzed the 2020 pandemic situation in seven European countries, including the United Kingdom, Germany and Italy. It concluded that increased social capital could result in a 34 percent fall in COVID-19 cases and a 35 percent decline in excessive deaths.

Chan said that although the Chinese mainland and countries such as the United Kingdom have adopted different anti-pandemic strategies, they have attached great importance to the role played by communities.

The mainland and Taiwan released specified guidance in the early months of 2020 when COVID-19 spread, instructing communities to properly handle the pandemic and mobilize regional resources.

Chan said that although the situation in different regions may vary, Hong Kong can still draw on a wealth of experience to better use its numerous district organizations and workers.

She also encouraged the Hong Kong government and community groups to use technology to improve the city's warning system against COVID-19.

The LeaveHomeSafe app and the emergency warning system that told residents that Queen Elizabeth Hospital had been converted into a designated COVID-19 facility could be better used to distribute anti-pandemic information, Chan said.

She also hopes that local groups will organize more activities to strengthen connections among neighbors to boost mutual help during a crisis. Chan added that in Japan, for example, it is adults' duty to take care of seniors in their neighborhood.

"We often treat pandemics as incidents that are mainly dealt with by the medical sector. But this one has evolved into a new kind of disaster that requires all of society's strength to overcome it. Communities, the closest defense for us, must be bolstered to ensure we remain safe in the future," Chan said.