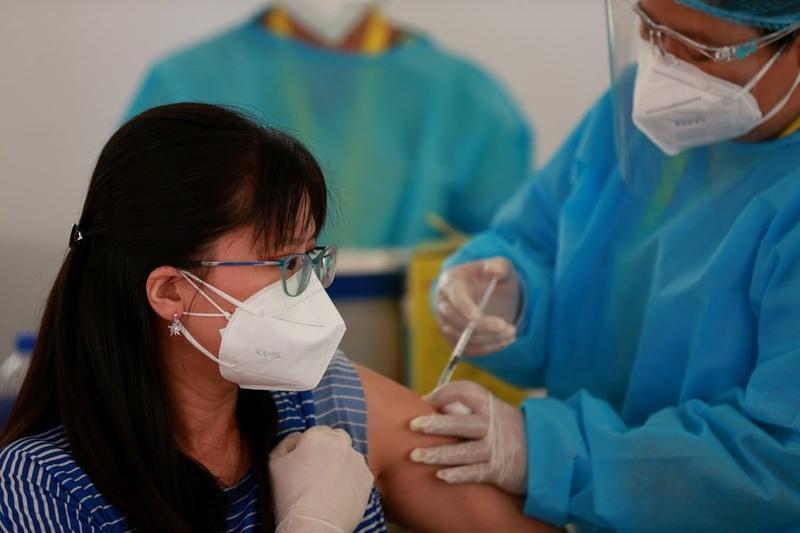 Premier Li Keqiang pledged on Tuesday to offer more aid in COVID-19 vaccines and medical supplies to the Association of Southeast Asian Nations and make joint efforts to improve its early warning and emergency response capacity.

While addressing the annual China-ASEAN leaders' meeting via video link, Li urged both sides to step up policy dialogue and coordination in fighting the pandemic and to jointly build a health shield against the virus.

The premier made a six-point proposal to enhance future cooperation. He highlighted the need for deeper economic integration, saying that both sides should enable the early enacting of the Regional Comprehensive Economic Partnership, a trade pact signed between the bloc, China and four other countries.

Beijing will work with ASEAN to research the possibility of upgrading the China-ASEAN Free Trade Agreement, and the nation hopes to obtain support from ASEAN in joining the Comprehensive and Progressive Agreement for Trans-Pacific Partnership, he said.

In the first three quarters of this year, ASEAN continued to be China's largest trading partner, with bilateral trade reaching 4.08 trillion yuan ($639 billion), up 21.1 percent year-on-year.

The two sides should explore cooperation in industry design and complete the drafting of the action plan on implementing their bilateral digital economic partnership at an early date, he said.

He called for full implementation of a bilateral strategy and action framework on environmental cooperation to jointly respond to climate change, safeguard global and regional biological diversity and promote the upgrading of the energy industry and economic structure.

China will properly handle the issue of international students from ASEAN countries returning to China for studies and continue to increase its input to the China-ASEAN cooperation fund, Li added.

The peace and development of the South China Sea matches the aspirations and interests of both China and ASEAN, and China remains steadfast in pursuing a path of peaceful development and safeguarding global and regional peace and stability, the premier said.

China has always seen ASEAN as a priority in its neighborhood diplomacy and will continue to support the bloc's central role in the regional framework, Li said.

Beijing is willing to host a commemorative summit with ASEAN on the 30th anniversary of the establishment of bilateral dialogue relations, he added.

ASEAN leaders expressed their hope at the meeting that the two sides can reach an effective and substantive Code of Conduct in the South China Sea at an early date and called for expanded bilateral cooperation on trade, investment, connectivity, digital economy, public health and sustainable development.