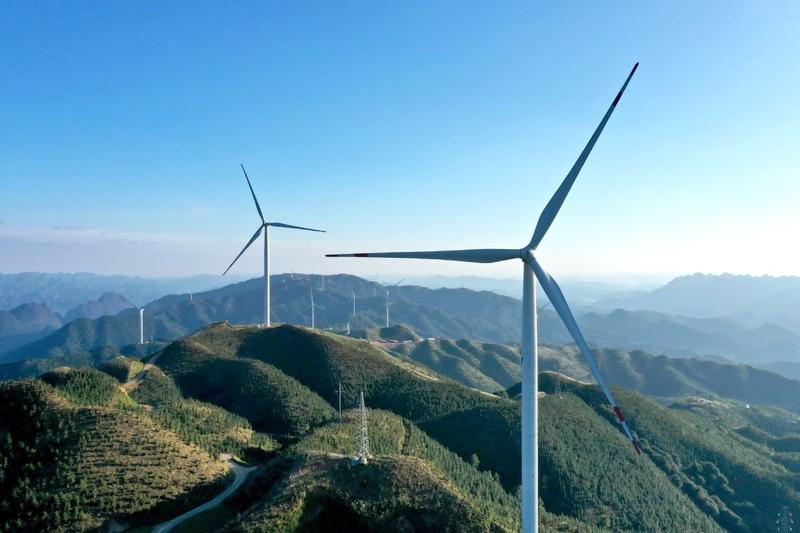 China has taken another solid step toward realizing its ambitious climate targets by making public a concrete action plan on Tuesday for peaking carbon dioxide emissions before 2030.

The plan, unveiled by the State Council, the country's Cabinet, includes specific targets for different sectors as it forges ahead to phase out coal consumption and increase renewable energy in its energy mix.

To establish a preliminary clean, low-carbon, safe and efficient energy system by the end of the decade, China aims to "bring the growth of coal consumption under rigid control" during the 14th Five-Year Plan (2021-25) period and then gradually reduce its consumption in the next five years, according to the document.

To ensure the realization of the target of peaking carbon dioxide emissions before 2030, China will first increase the proportion of non-fossil energy in its energy consumption mix to around 20 percent by 2020 and then to about 25 percent five years later, it said.

The country aims to go carbon neutral before 2060.

Another priority in the action plan is to speed up the construction of a new power system with a gradual increase of new energies.

China will strictly restrict cross-regional transportation of coal-fired power, it said. At least half of the electricity transported via newly-built power transmission channels should be renewable.

Aside from stepped-up measures to promote the development of solar and wind energy, the document calls for promoting the development of hydropower where conditions permit and developing nuclear power in an "active" but "safe and orderly" manner.

To address the intermittent problem of renewable energy, the document said the country will work out medium- and long-term planning for developing pumped storage and improve the policy mechanisms to boost the development. Pumped storage is a means of regenerating unused electricity potential.

By 2030, the pumped storage capacity of Chinese hydropower stations will reach some 120 million kilowatts, it said.

Efforts will be made, for example, to enhance energy efficiency in buildings as the country strives to integrate photovoltaic power generation into building construction.

By 2025, the roofs of 50 percent of newly-built public and factory buildings will be covered by photovoltaic power generation facilities, it said.

More cargo will be transported via energy-efficient means of railway and ship instead of road, and urban travel will be made increasingly green, it said. By the end of the decade, 70 percent of travel in cities with a population of over 1 million should be done in a green manner.