Fashioning a way out of the textile waste wilderness 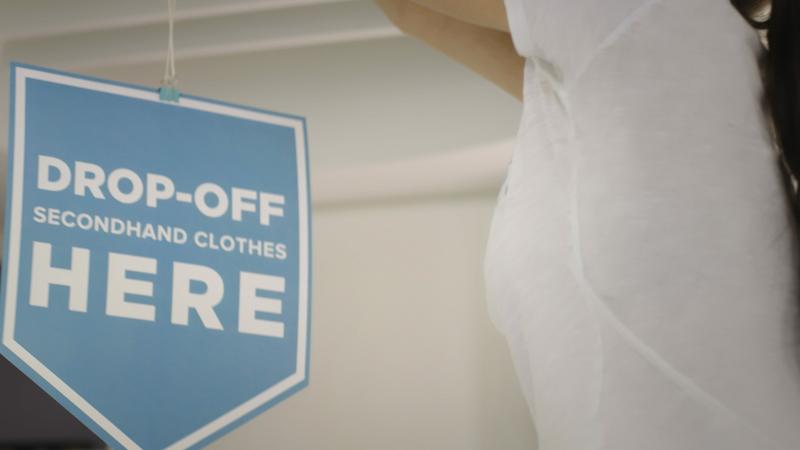 Hong Kong-made textiles once laid the foundations on which the global fashion industry was built but rising costs — and cheaper options for manufacturers on the Chinese mainland and elsewhere — had by the turn of the new millennium reduced the local industry to a shadow of its former self.

Now, decades after the industry’s heyday, a new generation of textile designers working on sustainability-oriented goals are changing the way textiles are made.

They are also hoping to change traditional ways of purchasing and the disposal of clothes. A selection of such stories have been caught on camera in the documentary reFashioned, which had its premiere this past month. 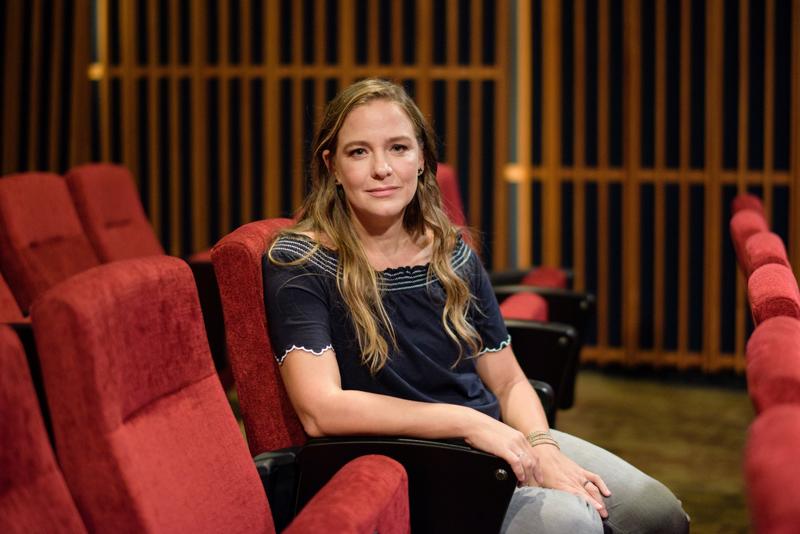 Joanna Bowers, who directed reFashioned, hopes the film inspires its audience to choose smartly and responsibly when they go clothes shopping. (PHOTO PROVIDED TO CHINA DAILY)

Directed by Joanna Bowers, the film charts the course of three sustainable textile enterprises — and the dedication of the people driving them. Also at the heart of the matter is the contemporary obsession with “fast fashion” — or cheaply produced and priced, readily disposable items that have a limited use and life span — and the collateral damage thus caused.

In Hong Kong, the Environmental Protection Department has estimated that an average of 392 metric tons of textile waste a day is thrown into landfills, accounting for 3.4 percent of the total municipal solid waste

“Coming in to this film, none of us had any idea of the cost behind this fast fashion that we were all consuming,” Bowers said, whose earlier work, a documentary called The Helper (2017), looks at the personal sacrifices many among Hong Kong’s foreign domestic workers make in order to make a living.

The World Wide Fund for Nature has reported that the average consumer purchased 60 percent more clothes in 2014 compared with 2000 but kept these items for half as long. In Hong Kong, the Environmental Protection Department has estimated that an average of 392 metric tons of textile waste a day is thrown into landfills, accounting for 3.4 percent of the total municipal solid waste.

Bowers said she hopes her film will give audiences pause to think about their relationship with the clothes they wear, and its impact on the world around them.

“We’ve all had to grow up and actually realize literally the true costs of what we’re buying and what we’re wearing,” Bowers said. “We are the first generation to look at clothes as disposable, but by that same token, we were also the first generation to look at coffee cups as disposable — and look at how that is changing. Now that people are becoming conscientious, it’s very, very easy to change your behavior, and just go back to a more-sustainable choice.”

Textile revival with a new spin

The reFashioned documentary sheds light on the work of the Hong Kong Research Institute of Textile and Apparel. Led by Edwin Keh, the institute has developed a technology that makes recycling of blended textiles — when diverse fibers are combined to make one fabric — possible.

The race against time to get Hong Kong’s first new textile mill in 50 years finished and operating helps drive part of the narrative and Keh proves an engaging — and enlightening — focal point.

“We’re building all these things in Hong Kong, in one of the most crowded cities in the world, to demonstrate that you can have local solutions to your recycling challenges,” Keh said, adding that a goal is to “create the yarns and fibers right where the recycling takes place”.

HKRITA’s work also includes the creation of a hydrothermal separation and recycling system, otherwise known as “The Billie System” — a collaboration with local textile group Novetex that has resulted in industrial scale mechanical recycling — and a Garment to Garment (G2G, or mini-mill) retail system.

Then there is Sarah Garner, the founder of Retykle, an online platform selling second-hand children’s clothes. In the film she is seen trying to change long-held local perceptions that these items might somehow bring bad luck. 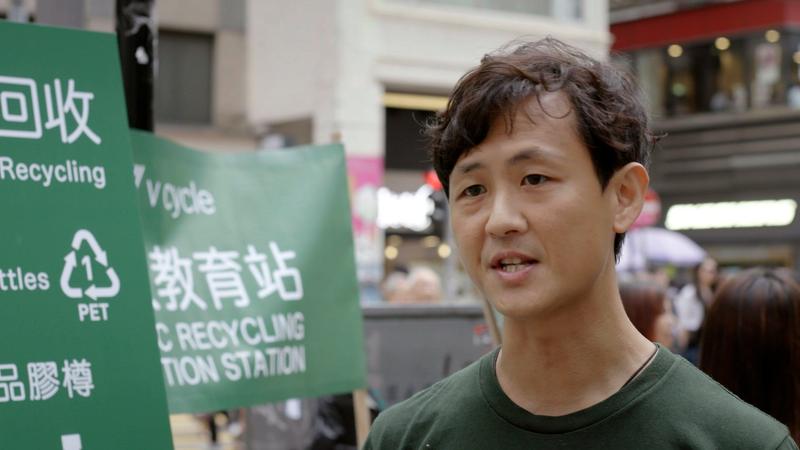 WWF-Hong Kong launched a “Making Zero Impact Fashionable” initiative with the backing of HSBC in 2018, citing figures from the UN Climate Change meeting that says the fashion industry “contributes to about 10 percent of global greenhouse gas emissions"

Meanwhile, Eric Swinton, who once worked in the corporate gift industry, has started the social enterprise V Cycle, which seeks to turn single-use plastics — which most usually end up in Hong Kong’s landfills — into a polyethylene terephthalate (PET) fabric. The project has meant better pay for many of the city’s elderly waste collectors.

Combined with reflections on the city’s textile history, the stories of these sustainability crusaders help paint a picture of the ongoing cultural change that is slowly gathering pace in Hong Kong. There are now any number of sustainability initiatives emerging across the city.

Among them is the Hong Kong-based charity Redress’ The R Collective. They collect scraps from global luxury brands and have these  upcycled to make quality women’s fashion. Twenty-five percent of the profits are channeled back into funding the charity’s environmental activities.

The fashion brand Angus Tsui also upcycles textile waste for its high-end lines, while working to zero-waste and eco-printing policies, while the Love From Blue label uses deadstock cashmere and wool yarns in all its knitwear. 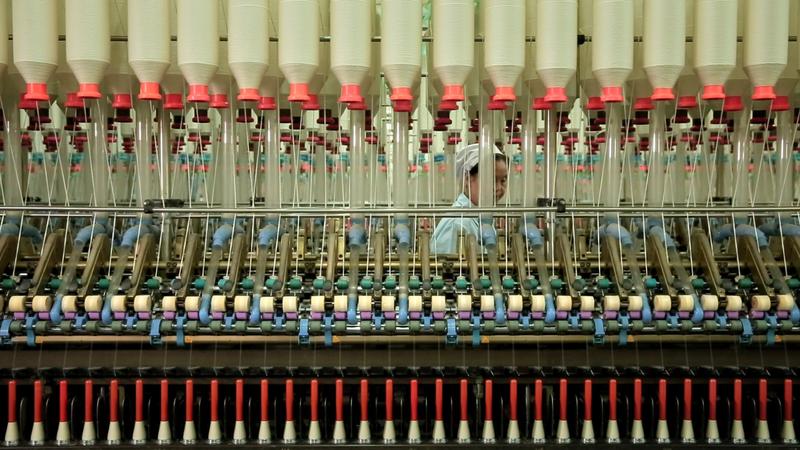 Taking it to the next level

WWF-Hong Kong launched a “Making Zero Impact Fashionable” initiative with the backing of HSBC in 2018, citing figures from the UN Climate Change meeting that says the fashion industry “contributes to about 10 percent of global greenhouse gas emissions.”

The WWF program provides “key platforms for senior management of participating companies to introduce sustainable practices throughout their business operations” while generating “new ideas and solutions to address the pressing challenges in the fashion industry, and reduce the environmental impacts from the entire textile and apparel supply chain.”

Meanwhile, in the time since reFashioned was shot, positive developments continue and Bowers now hopes to soon land a deal with an international screening platform to expand its audience, while collaborating with Swinton to take the film into local schools as part of a series of talks on plastic waste he has been giving.

There are also quantifiable — and quite major — developments in the businesses reFashioned features. 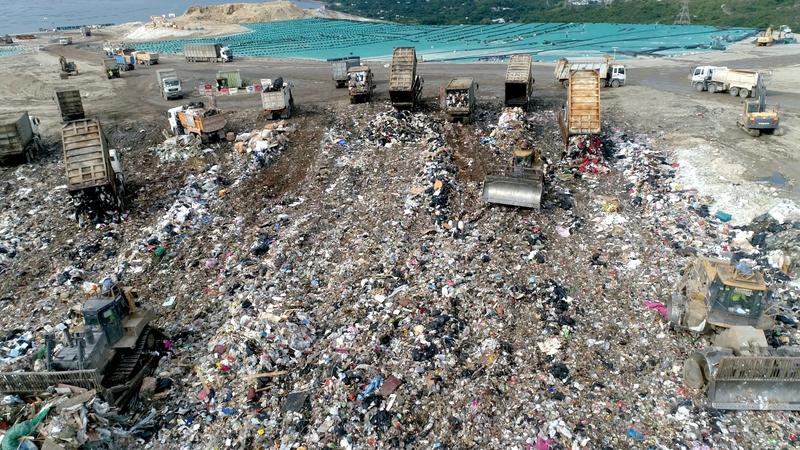 We’ve all been involved in causing these problems because we’ve all been the people, you know, consuming with this appetite for the products ... But now we know we’ve got that responsibility to make smarter choices.

Garner has expanded her warehouse facilities and now has 18 colleagues on board. She has also expanded operations into Singapore.

“When we started we worked on one sale and one customer at a time to change perception,” she said. “And then we relied on them to basically advocate on our behalf. But then in the last two years, it’s just, you know, climate change, sustainable fashion, e-commerce, everything has just ballooned. So now we have sort of the mainstream support, I would say, of normalizing what we’re doing and a de-stigmatizing of it.

“I wouldn’t say everybody’s on the bandwagon, but it’s starting to become a more-normal topic, and at least there’s an appetite for testing and trying.”

HKRITA’s hydrothermal separation and recycling system — now known as the “Green Machine” — has been fully developed in partnership with the H&M Foundation, a non-profit backed by Swedish fashion chain H&M, which also requested a second-generation G2G system be developed for its flagship store in Stockholm in 2020.

“We continue to work on and roll out new systems, and new materials,” Keh said. “We also have complementary research efforts in waste water treatment, separation of micro plastics, leather recycling, silk recycling, and waterless dyeing methods. We have also started new projects to address the challenges of biodiversity and carbon neutrality, (like finding) new sources for raw materials that can replace petroleum-based materials, and GHG-absorbing fabrics and yarns.”

Bowers hopes her film can continue spreading these positive messages.

“We’ve all been involved in causing these problems because we’ve all been the people, you know, consuming with this appetite for the products,” Bowers said. “But now we know we’ve got that responsibility to make smarter choices.”

The next screening of reFashioned, directed by Joanna Bowers, is on Oct 27. Click https://www.cinema.com.hk/en/movie/details/13180 for details.