Branson blasts off: Mach 3 to zero G in a natty blue spacesuit 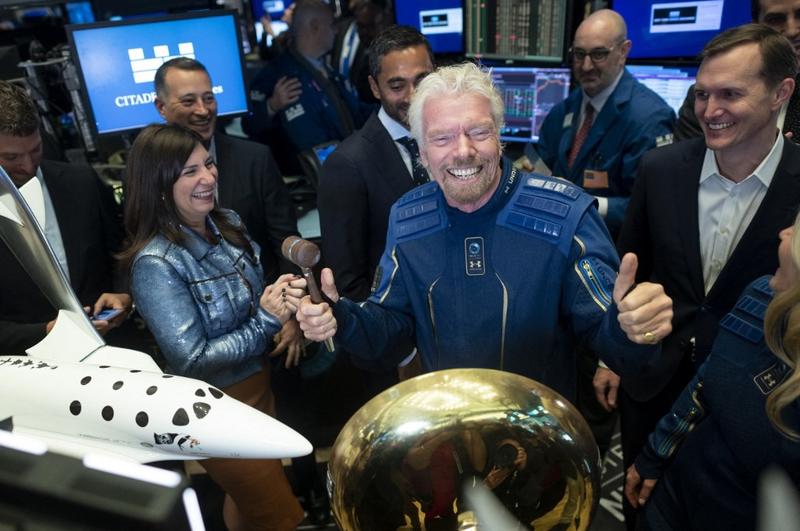 Richard Branson plans to fly to the edge of space in his Virgin Galactic rocket plane on Sunday, finally fulfilling a goal he set for himself when the company was founded more than 15 years ago.

While representing a personal milestone for the British billionaire, the suborbital test mission will also set a template for launches carrying the hundreds of space tourists that Virgin Galactic wants to take aloft starting next year.

Here’s what Branson - and his future customers - can expect from the 90-minute trip.

Would-be astronauts don’t just have to shell out the big bucks for tickets, which at one point were priced at US$250,000 each. They also must show that they’re up to the physical demands of the voyage.

Branson, who turns 71 this month, has gone through rigorous tests to prepare for the experience, enduring a centrifuge simulating extreme acceleration and a parabolic flight to induce weightlessness.

Developed by Under Armour Inc, the Virgin Galactic spacesuit comes in royal blue with gold trim. The outfits are lightweight and personally tailored, with a name badge and country flag. There’s also a patch unique to each mission that can be attached to a limited-edition flight jacket for everyday wear once back on the ground. The spacesuit also sports a pocket for a picture of loved ones (another holds a sick bag).

A tight-fitting base layer will enhance blood flow during the high- and zero-gravity portions of the mission. The get-up is completed by lightweight, foam-cushioned and flame-retardant space boots like those of racecar drivers. Pilots get additional black trim and a wings emblem.

Space voyagers will begin their journey by relaxing in the Virgin Galactic Gaia lounge, the centerpiece of the Spaceport America complex in the desert scrublands of southern New Mexico.

The spaceport dates back about 15 years to when Branson and former New Mexico Governor Bill Richardson struck a deal for the state to build the facility in exchange for becoming home to Virgin Galactic missions.

Champagne, caviar and seared tuna are featured on the menu at the US$200 million edifice designed by UK architects Foster + Partners. With Sunday’s spaceshot expected around 7 a.m. local time, a strong espresso from the lounge’s marble-clad “barista island” may be more in order.

While Branson and his fellow crew members will board the VSS Unity - designed to carry six passengers and two crew - its rocket engine initially plays no part. Instead, the vehicle is slung beneath a larger carrier aircraft, the four-engine VMS Eve. The carrier plane was developed by Scaled Composites, a developer of experimental aircraft now owned by Northrop Grumman Corp.

Eve will take off from a runway like a conventional aircraft and climb high into the sky for what’s probably the most critical part of the mission. 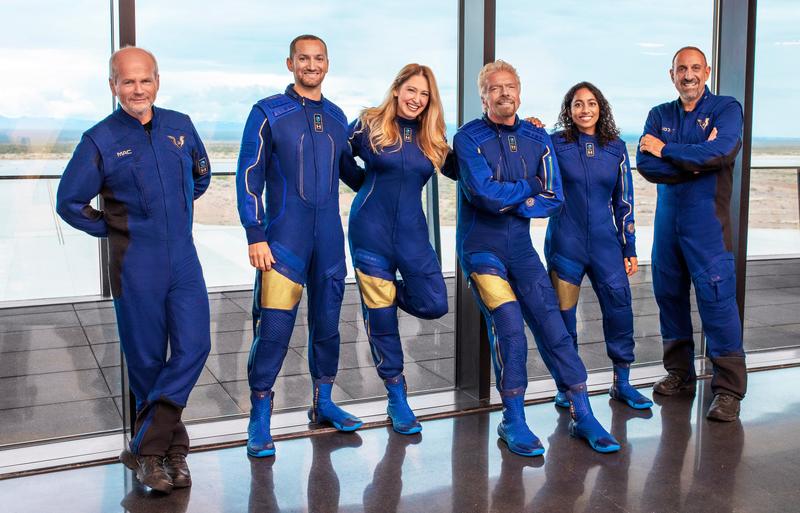 Once Unity reaches an altitude approaching 50,000 feet (15,200 meters), it will detach from Eve and ignite its single rocket motor. It will go supersonic within eight seconds and power up to 2,600 miles per hour (4,200 kilometers per hour), or beyond Mach 3.

After 70 seconds the engine will cut out, with the spacecraft coasting to its peak altitude, which for Sunday’s mission will be a height of 55 miles or almost 300,000 feet, according to Virgin Galactic.

That’s beyond NASA’s traditional 50-mile definition of where the atmosphere ends and space starts, though short of the 62 miles where the Federation Aeronautique Internationale, which regulates aeronautical sports and record attempts, places the boundary.

In a Friday tweet, Blue Origin, the rocket maker backed by Amazon.com Inc. founder Jeff Bezos, dismissed Virgin Galactic’s spacecraft as nothing more than a “high altitude airplane” since it won’t break the so-called Karman Line at 62 miles. Bezos plans to fly to space in a Blue Origin launch on July 20.

Virgin Galactic’s astronauts won’t much care about definitions when they can unbuckle and experience four minutes of near weightlessness, with the Earth staring back at them through the Unity’s 17 windows. HD cameras throughout the cabin will capture every moment.

In addition to microgravity, Branson and his buddies will experience two other sensations unique to space travel.

The colors outside will change from blue to indigo to midnight black as Unity climbs above the atmosphere, with the stars becoming visible and the sun shining as brightly as on the ground but against the dark sky.

In addition, the curvature of the Earth will be clearly visible, with the planet fringed by the thin strip of its atmosphere, making it readily apparent that humanity really is riding along on a sphere.

The view won’t quite match the one from the International Space Station, which orbits about 250 miles above the Earth, but will still be “incredible and life changing,” Virgin Galactic CEO Michael Colglazier told Bloomberg TV on July 2. 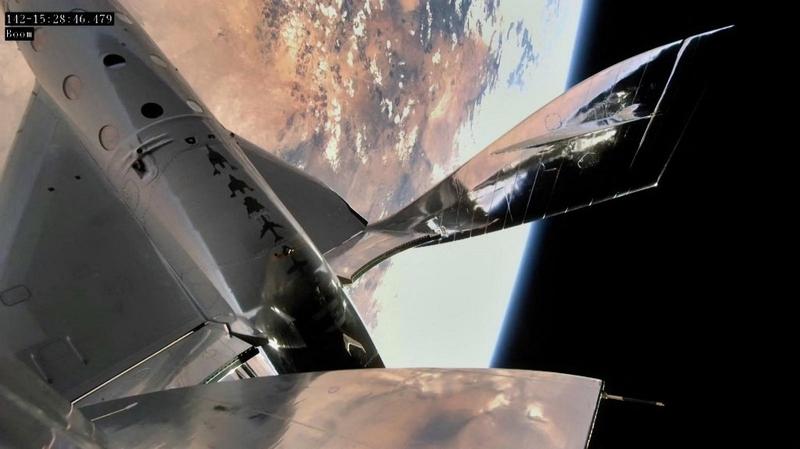 In this handout photo provided by Virgin Galactic on June 22, 2021, the VSS Unity in space over New Mexico. (HANDOUT / VIRGIN GALACTIC / AFP)

To prepare for re-entry, the Unity’s wings will be raised to an angle of 60 degrees in a process known as feathering, causing the vehicle to act much like a shuttlecock to create high drag and safely descend back into the atmosphere.

The wings will then rotate down to their original position, with the craft gliding back to the ground to land on the same runway it took off from.

A premature deployment of the feathering system when VSS Enterprise, Unity’s predecessor, was still climbing led to the 2014 tragedy in which one pilot was killed and another injured as the spacecraft broke up over California’s Mojave Desert.

Virgin Galactic’s location in New Mexico offers low humidity and abundant sunny days. Wind speeds are a significant wild card, however. The Unity’s transformation into an unpowered glider means it can’t touch down in high winds, said Will Whitehorn, a former Virgin Galactic leader. So the weather could delay the launch.

Virgin Galactic aims to debut commercial services next year. But after Sunday’s mission, attention will turn to Bezos.

He is due to be accompanied by former astronaut trainee Wally Funk, 82, who is set to become the oldest person to reach space, and a mystery passenger who bid US$28 million to join the mission.