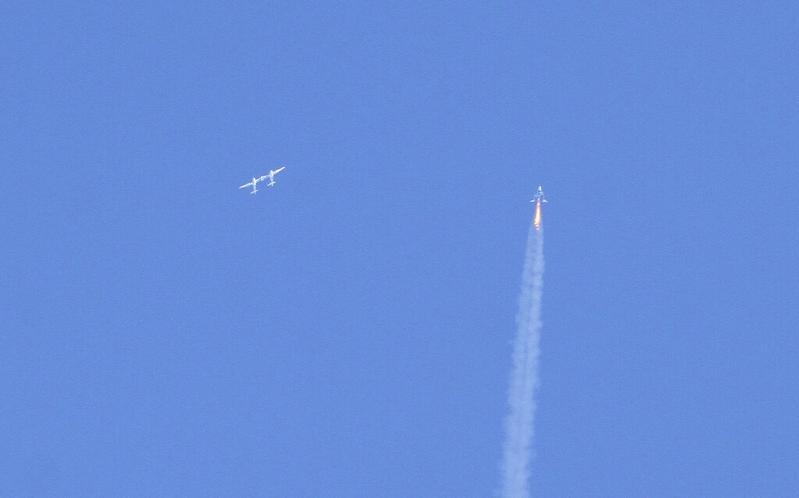 MOJAVE — A Virgin Galactic rocket plane on Friday soared to the edge of space with a test passenger for the first time, nudging British billionaire Richard Branson’s company closer to its goal of suborbital flights for space tourists.

“This is what we’re here to do, we’re here to fly people in the back of our spaceship, that’s what it’s all about,” said pilot David Mackay, who is now the first Scottish-born astronaut. “So for me it was an important step towards that operation.”

The WhiteKnightTwo carrier airplane took off soon after 8 am local time (11 am ET) from the Mojave Air and Space Portin California. It released the SpaceShipTwo passenger craft at an altitude of about 44,000 feet and then the spaceship was catapulted to 88 km above Earth.

The reusable SpaceShipTwo craft previously flew to an altitude of more than 82 km in December 2018, marking the first US commercial human flight beyond the atmosphere since the end of America’s shuttle program in 2011. 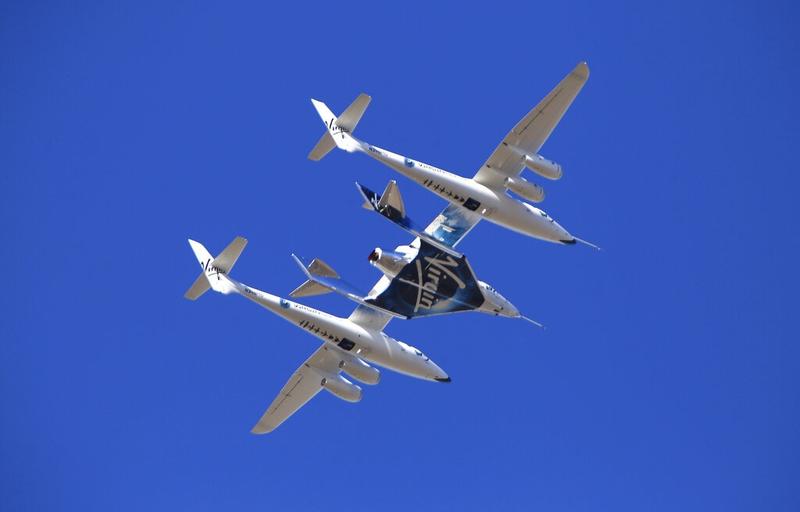 Hundreds of spectators, including Virgin Galactic ticket holders and CEO George Whitesides, gathered on a clear morning in the desert to watch this latest test flight. The flight was postponed from Wednesday due to winds.

“We’re in the 50th anniversary year of Apollo, and just like they had to do each step, we have to expand the envelope and do something more,” Whitesides told the crowd.

Moses, now the first woman to fly onboard a commercial space vehicle, called it an "indescribable ride," adding: “Richard, you’re going to love it.” 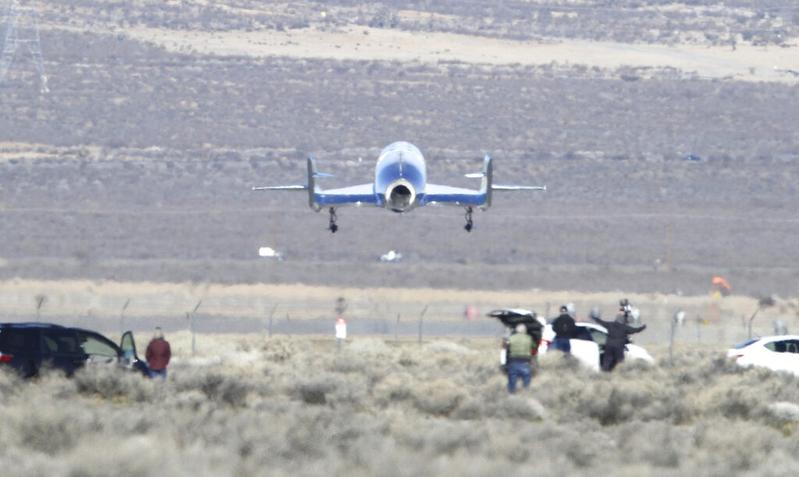 Branson is racing against competitors such as Blue Origin, the space business of Amazon.com Inc founder Jeff Bezos, and Elon Musk’s SpaceX to bring tourists into space.

A 90-minute flight, which allows passengers to experience a few minutes of weightlessness and see the Earth’s curvature, costs US$250,000

Branson has said he plans to be the first passenger on SpaceShipTwo’s first commercial flight in mid-2019.

More than 600 people from 58 countries, including actor Leonardo DiCaprio and pop star Justin Bieber, have paid or put down deposits to fly on one of Virgin’s suborbital flights. Some of Virgin Galactic’s ticket holders have been waiting over 14 years for their trip.

A 90-minute flight, which allows passengers to experience a few minutes of weightlessness and see the Earth’s curvature, costs US$250,000. Whitesides said he expected that price would initially increase before going down.

After he founded the company in 2004, Branson’s ambitious timeline for taking customers into space suffered delays and a fatal setback when the original SpaceShipTwo crashed on a testflight in 2014 that killed the co-pilot and seriously injured the pilot.

The company’s two latest test flights mark the only times a crewed spaceship built to carry private passengers has reached what NASA defines as the boundary of space. 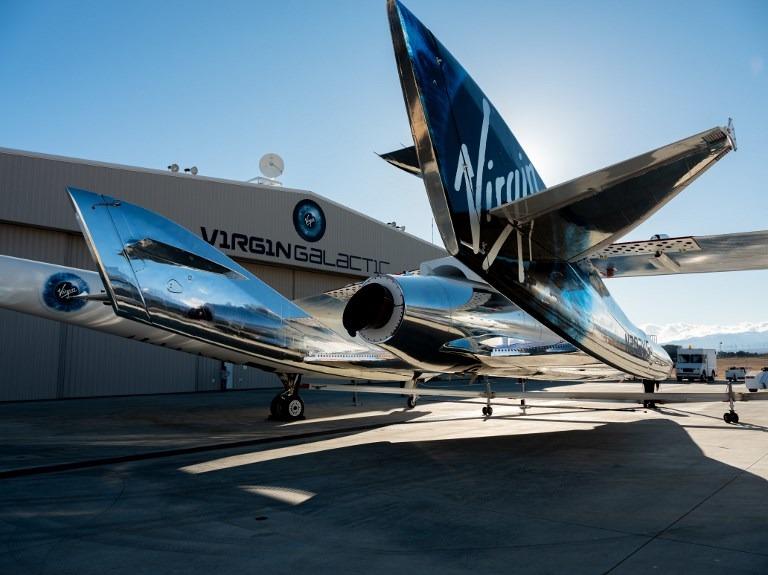 In this image courtesy of Virgin Galactic, SpaceShipTwo mates to the mothership, WhiteKnightTwo, at the Mojave Space Port in Mojave, California, Feb 19, 2019. (PHOTO / VIRGIN GALACTIC / AFP)

Bezos’ New Shepard rocket has already reached the Karmanline, an internationally recognized space boundary at 100 km above the Earth and a higher point than reached by SpaceShipTwo, but Blue Origin’s trips did not carry humans.

Asked about Bezos’ comments this week, reported by industry publication Space News, that Virgin would need to address the fact it has not flown above the Karman line, Whitesides said: “I think we’re happy to have competition, and we feel really good about the wonderful honors the US government has given us, interms of official astronaut wings.”

SpaceX, which has been ferrying cargo to and from the International Space Station for NASA, also aims to break into space tourism. Last year it named Japanese fashion magnate Yusaku Maezawa as its first customer on a voyage around the moon, tentatively scheduled for 2023.