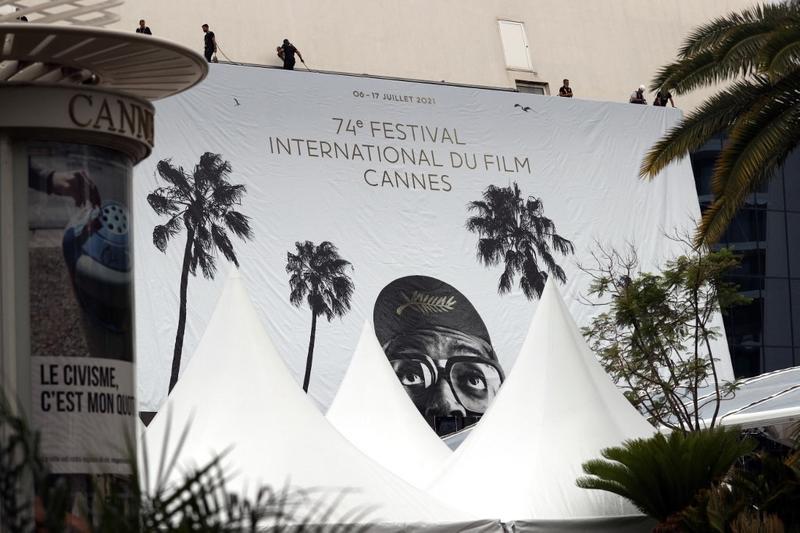 CANNES, France - Armed with coronavirus tests and face masks, movie stars will start arriving in Cannes from Tuesday for the return of the world's biggest film festival, which aims to help cinema bounce back from the blow dealt it by the global pandemic.

The Cannes Film Festival, normally a hectic 12 days of screenings, late-night parties, press conferences and star-spotting along the famed Croisette waterfront, is usually held in May, but was cancelled last year due to the pandemic

Organisers and local authorities are banking on strict coronavirus protocols and testing to keep the event trouble-free, as the French government steps up warnings over growing cases of the highly transmissible COVID-19 Delta variant.

The showcase - which will include US actor Sean Penn's latest outing as director and a premiere of the new film in the blockbuster Fast & Furious franchise - also coincides this year with the start of the summer beach season, drawing thousands more visitors to the city.

The Cannes Film Festival, normally a hectic 12 days of screenings, late-night parties, press conferences and star-spotting along the famed Croisette waterfront, is usually held in May, but was cancelled last year due to the pandemic.

Cannes Mayor David Lisnard dismissed concerns over the contagion risks at the festival, which will be welcomed by restaurants and hotels emerging from shutdowns.

"There is no situation with zero risk, but ... it's safer to go see a film in the Cannes festival than to go shopping in a supermarket," he told Reuters.

At the Palais du festival which will host the main screenings - and which is still functioning in parallel as a COVID-19 vaccination centre for locals - attendees were already showing their health passes on Monday, with some turned away to go and get up-to-date tests.

Brazilian film director Kleber Mendonça Filho, who sits on the jury that awards the highest Palme d'Or honour for best movie, was completing a two-week quarantine in France to be able to attend, he said.

"We're going to have to be reasonable and careful," Fremaux said. 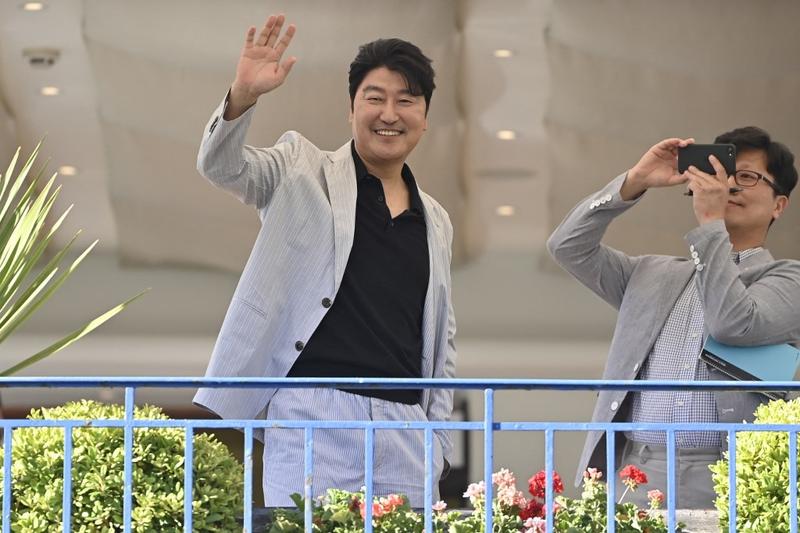 South Korean actor and Jury member of the Official Selection Song Kang-Ho waves on July 5, 2021 from the balcony of the Martinez Hotel on the eve of the opening of the 74th edition of the Cannes Film Festival in Cannes, southern France. (JOHN MACDOUGALL / AFP)

There are fewer people attending this year - 28,000 compared with the usual 35-40,000 - and coronavirus restrictions mean the revelry will be kept in check.

"There will be fewer parties, none of what took place two years ago, unfortunately," said Philippe Grandjuan, a culture festival organiser from the French city of Lyon.

But just holding Cannes sends a message that movies are back, some argued, after theatres around the world closed for months and productions and premieres were derailed by the health crisis.

"Everyone is really hoping that this can be ... a sort of re-entry back into the world for the whole film industry," said Scott Roxborough, a journalist at The Hollywood Reporter.

The screening of Hollywood's Fast & Furious, a high-octane action movie that is a far cry from the slow-burn arthouse films Cannes is famous for, underlined how organisers wanted to get people excited about cinema again, Roxborough added.

Some tourists were already soaking up the festive atmosphere in Cannes, while summer pursuits, such as 'petanque' or bowling-style games playing by locals on nearby esplanades, added a peculiar flavour to the event.

Some residents of the stylish Mediterranean resort welcomed the influx of visitors despite the possible risks.

"We must carry on with our lives, it's been two years that we've stopped living," said Berangere Nicot, a retiree. 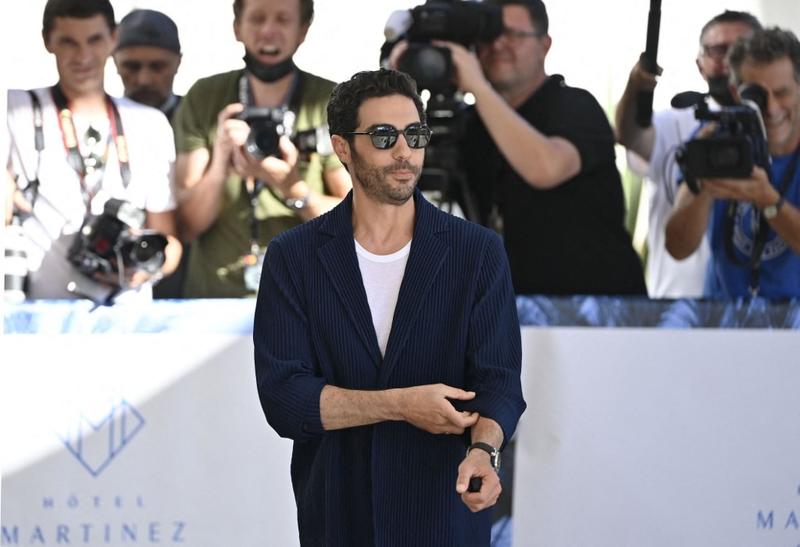 French actor and Jury member of the Official Selection Tahar Rahim arrives on July 5, 2021 at the Martinez Hotel on the eve of the opening of the 74th edition of the Cannes Film Festival in Cannes, southern France. (JOHN MACDOUGALL / AFP)

Hotel bookings in Cannes were still down and many were not yet full, according to mayor Lisnard, adding to pressure for the event to go ahead.

"If small businesses have a bad summer, winter will be harsh," he said.

Yann Gillet, who runs the five-star Martinez hotel where many stars stay, said spending was encouraging so far.