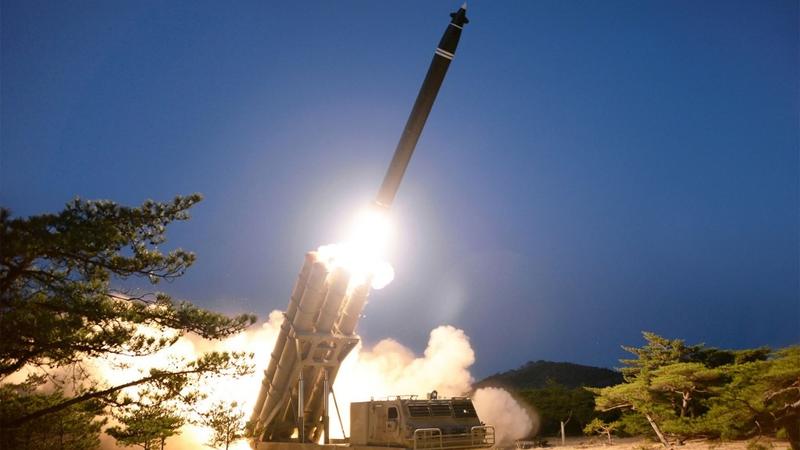 This picture taken on March 29, 2020 and released from the Democratic People's Republic of Korea's (DPRK) official Korean Central News Agency (KCNA) on March 30 shows a test-fire of super-large multiple rocket launchers at an undisclosed location in the DPRK. (PHOTO / STR / KCNA VIA KNS / AFP)

The Academy of Defense Science conducted the launch, which was "very successful just as it had been confidently predicted," according to the KCNA.

The Republic of Korea's Joint Chiefs of Staff said Thursday that the DPRK has fired two unidentified projectiles into the East Sea.