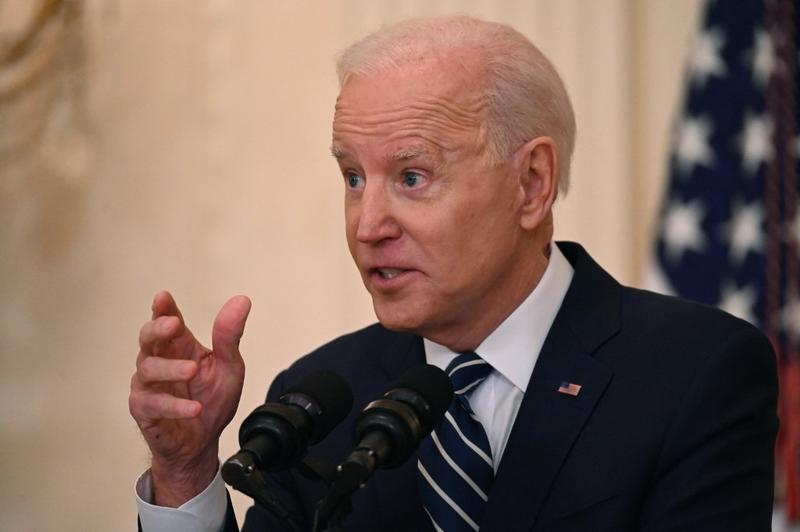 US President Joe Biden speaks during his first press briefing in the East Room of the White House in Washington, DC, on March 25, 2021. Biden said Thursday that the United States will "respond accordingly" if North Korea escalates its missile testing. (JIM WATSON / AFP)

WASHINGTON - US President Joe Biden Thursday warned the Democratic People's Republic of Korea (DPRK) not to escalate the situation while saying he is prepared to conduct diplomacy with Pyongyang.

"We are consulting with our allies and partners, and there will be responses if they choose to escalate, we will respond accordingly," he said.

When asked if the DPRK ranked the top foreign policy issue for his administration, Biden replied, "yes."

"But I'm also prepared for some form of diplomacy, but it has to be conditioned upon the end result of denuclearization," he added.

When asked if the DPRK ranked the top foreign policy issue for his administration, Biden replied, "yes."

These tests came after the Republic of Korea (ROK) and the United States conducted their annual springtime military exercises from March 8 to 18.

US officials said Tuesday that the Biden administration is in the final stages of its policy review regarding the DPRK. National Security Adviser Jake Sullivan will discuss the issue with his counterparts in Japan and South Korea next week.

The White House said earlier this month that the Biden administration recently reached out to Pyongyang but had not yet received any response.

A top diplomat of the DPRK vowed that Pyongyang would ignore US outreach until Washington "rolls back its hostile policy," the official Korean Central News Agency reported last Thursday.

"We have already declared our stand that no DPRK-US contact and dialogue of any kind can be possible unless the US rolls back its hostile policy towards the DPRK. Therefore, we will disregard such an attempt of the US in the future, too," DPRK First Vice Foreign Minister Choe Son-hui said.