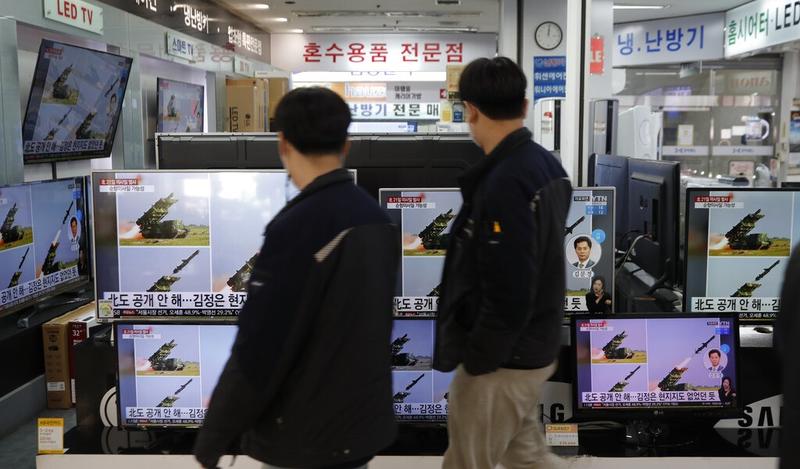 People walk past near TV screens showing a news program reporting DPRK's missiles with file images at an electronic shop in Seoul, on March 24, 2021. (PHOTO / AP)

The projectiles were launched into the eastern waters from the DPRK's South Hamgyong province in the morning.

The JCS said in a statement that the intelligence authorities of ROK and the United States were analyzing further details on the projectiles.

According to the statement, ROK military had strengthened surveillance and was maintaining a full readiness posture in close cooperation with the United States.

If confirmed, it would be the first ballistic missile launch by DPRK in about a year.