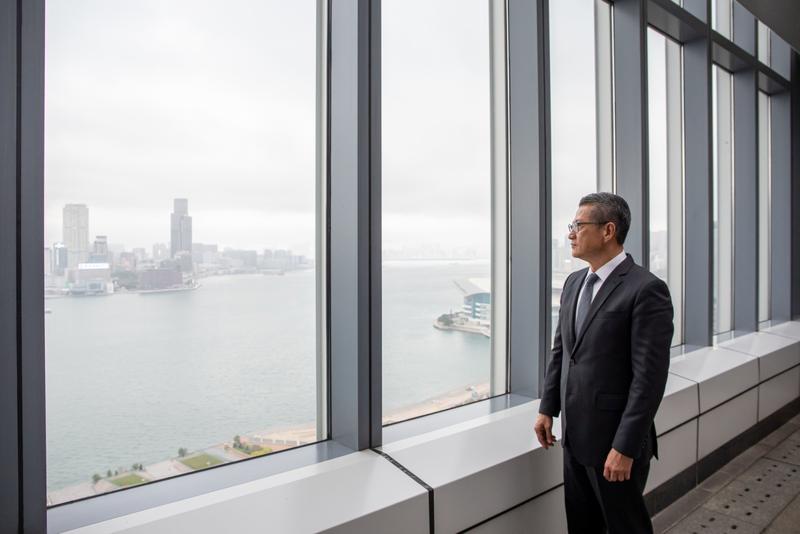 The city shook markets last week by raising the stamp duty on stock trading by 30 percent to 0.13 percent as part of an effort to boost spending and relieve economic distress amid a record budget deficit and the highest unemployment in 16 years. Shares sold off broadly on Wednesday as the budget was announced, sending the stock of the city’s bourse plunging almost 9 percent.

The government has no plans to withdraw the trading stamp duty hike and isn’t at this time planning any more increases, said Hong Kong Finance Secretary Paul Chan

In an interview with Bloomberg Television on Tuesday, Financial Secretary Paul Chan hit back at criticism that the move would harm the financial hub.

“According to the information available to us up till now, we don’t think this modest increase in stamp duty has in anyway harmed our competitiveness,” he said. The government has no plans to withdraw the hike and isn’t at this time planning any more increases, he said.

“We will continue to monitor the situation, the market development and at this stage, I will not commit one way or the other,” Chan said.

The city’s economy has struggled under social unrest in 2019 and last year’s coronavirus outbreak, with tourism and consumption evaporating and unemployment surging. After a record 6.1 percent contraction last year, the economy will grow in a range of 3.5 percent to 5.5 percent in 2021, the city estimates.

Unveiled on Feb 24, the budget outlined HK$120 billion (US$15.5 billion) of fiscal support to spur consumption and ease joblessness. Key measures include a HK$5,000 consumption voucher for residents and new arrivals, as well as loans to the unemployed.

Chan continues to be optimistic Hong Kong’s economy will pick up momentum from the middle of the year and ultimately return to growth. It’s particularly important to support the retail and restaurant industries to help accelerate the recovery, he said.

“It will be important for us to inject additional resources into the economy” such as the HK$5,000 electronic vouchers, he said. The scope of the vouchers will be as wide as possible so residents can spend it according to their own circumstances, he said.