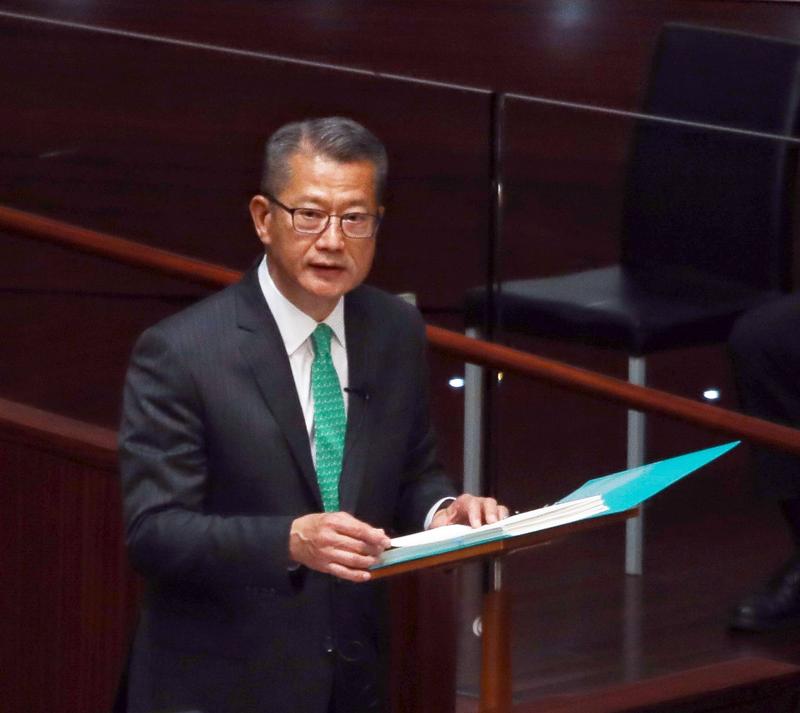 HONG KONG - Hong Kong's Financial Secretary Paul Chan Mo-po delivered the 2021-22 budget with record deficit at the Legislative Council on Wednesday but struck an optimistic note by projecting a return to growth in 2021 and looked to stimulate consumption by disbursing cash coupons to residents.

In a widely anticipated alleviatory move, the Hong Kong government proposed to issue electronic consumption vouchers worth HK$5,000 in installments to each Hong Kong permanent resident and new arrival aged 18 or above, involving an outlay of about HK$36 billion. The scheme is expected to benefit around 7.2 million people and complements a one-off cash disbursal scheme of HK10,000 for each eligible resident currently in operation.

Hong Kong Finance Secretary Paul Chan forecast the Asia financial hub's economy will grow on an average 3.3% per annum in real terms from 2022 to 2025 with an average underlying inflation rate of 2%

The budget "aims to alleviate the hardship and pressure caused by the economic downturn and the epidemic through the introduction of countercyclical measures costing over HK$120 billion," Chan said.

Chan emphasized that the government's top priority was to contain the epidemic and that more than HK$8.4 billion had been allocated for the procurement and administration of COVID‑19 vaccines. He said the target was to have the majority of the population vaccinated for free within 2021.

Pointing out that over the past two years, Hong Kong has been affected by the deterioration of China-US ties, Chan cited the Proposal for Formulating the National 14th Five-Year Plan in highlighting the central government's support for consolidating and bolstering "our competitive edges, building the city as an international I&T hub, fostering the development of the city as a B&R (Belt and Road) functional platform, and achieving diversified and sustainable development of the economy".

He said the Guangdong-Hong Kong-Macao Greater Bay Area is the best entry point for "Hong Kong to participate in the domestic circulation of our country's economy". 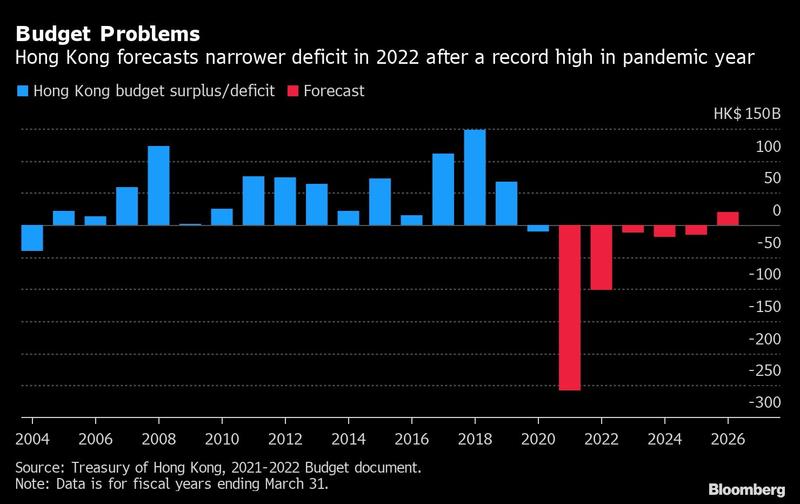 Stressing that Hong Kong's economic outlook remained positive, Chan forecast the Asia financial hub's economy will grow on an average 3.3 percent per annum in real terms from 2022 to 2025 with an average underlying inflation rate of 2 percent.

The Hong Kong government proposed to issue electronic consumption vouchers worth HK$5,000 in installments to each Hong Kong permanent resident and new arrival aged 18 or above, involving an outlay of about HK$36 billion

In a significant move to generate revenue, the government will increase the stamp duty - the first time since 1993 - levied on stock trading to 0.13 percent from the existing 0.1 percent. In the 2019/20 fiscal year, the stamp duty contributed HK$33.2 billion in revenue.

As part of the government's one-off measures to help the public ride out the downturn, Chan pledged to reduce salaries tax and tax under personal assessment for 2020/21 by 100 percent, subject to a ceiling of HK$10,000, expected to benefit 1.87 million taxpayers.

Chan announced the Special 100% Loan Guarantee for Individuals Scheme with the government acting as the guarantor. The maximum loan amount per applicant is set at six times of his/her average monthly income during employment, subject to a ceiling of HK$80,000.

This apart, the government proposed to relax the working hour requirements under the Working Family Allowance Scheme for non-single parent households for one year.

Also, each residential electricity account will be subsidized by HK$1,000 and rates concession will be provided for domestic properties for four quarters of 2021-22 according to a prescribed schedule.

As for enterprises, Chan pledged relief measures to the tune of HK$9.5 billion.

Paul Chan pledged to reduce salaries tax and tax under personal assessment for 2020/21 by 100%, subject to a ceiling of HK$10,000, expected to benefit 1.87 million taxpayers

He proposed to reduce profits tax for 2020/21 by 100 percent, subject to a ceiling of HK$10,000, benefiting 128,000 businesses and costing the exchequer HK$1,050 million. Also, business registration fees will be waived for 2021-22, benefiting 1.5 million operators. Chan proposed a number of enhancements to the SME Financing Guarantee Scheme to provide enterprises with low-interest loans or interest subsidies, as well as principal moratorium.

The financial secretary would allocate HK$6.6 billion to create around 30,000 time-limited jobs for a period of up to 12 months. The city's annual construction outlay will increase to around HK$300 billion, creating more than 300,000 jobs.

The financial secretary expected that the fiscal deficit will be HK$101.6 billion, accounting for 3.6% of the GDP and "Hong Kong will record a deficit for a number of years after achieving a surplus for 15 years"

In an effort to nurture talent, the IT Innovation Lab in Secondary Schools Programme will be extended to primary schools with an outlay of over HK$200 million. Also, the government proposes to inject HK$4.8 billion per year into the Innovation and Technology Fund over the next two years. An additional HK$1 billion will be funneled into the CreateSmart Initiative in 2021-22 to boost creative industries.

Chan proposed to set aside HK$375 million for the Hong Kong Trade Development Council (TDC) in three years starting from 2021-22 for developing virtual platforms to enhance its capability to organize online activities and to proceed with digitalization.

In addition to HK$$765 million allocated to support the Hong Kong Tourism Board, the government plans to set aside HK$934 million to enhance tourism resources. It will also consider relaxing restrictions on local group tours.

The government will work out air travel bubble arrangements with "places that have close economic and trade relations with Hong Kong and where the epidemic situation is relatively stable”.

Chan said land has been identified for the provision of 316,000 public housing units in the coming 10 years and for providing around 14,000 transitional housing units by end-2023. The government sees yield from potential supply of private housing land at 16,500 homes. Also, five commercial lots in Kowloon East will be rezoned to supply 5,800 private homes.

Deep-seated conflicts cannot be resolved instantly, nor can wounds be healed overnight. Given time, even the tightest knot can be untied.

The Environment Bureau will announce next month Hong Kong's first roadmap on the popularization of electric vehicles with key measures including ceasing the new registration of fuel-propelled private cars in 2035 or earlier, Chan said. Also, the government will issue green bonds totaling HK$175.5 billion within the next five years.

An additional recurrent funding of around HK$147 million was proposed to enhance child and adolescent psychiatric, community psychiatric and psychogeriatric services. Also, an extra 1,500 subsidized elderly home care service places will open up this year, Chan said. Also, places for on-site pre-school rehabilitation services are expected to increase to 10,000 in the 2022-23 school year.

The financial secretary expected that the fiscal deficit will be HK$101.6 billion, accounting for 3.6 percent of the gross domestic product and "Hong Kong will record a deficit for a number of years after achieving a surplus for 15 years."

In 2021-22, there will be zero growth in the civil service establishment and the government will aim to trim recurrent expenditure by 1 percent in 2022-23. Chan ruled out introducing new taxes but indicated the rating system in Hong Kong could be reviewed.

In an emotional conclusion to his speech, the financial secretary noted how life had not been easy for Hong Kong and how it was necessary to strike a balance between necessary policy actions and welfare measures. "Deep-seated conflicts cannot be resolved instantly, nor can wounds be healed overnight. Given time, even the tightest knot can be untied," Chan said.