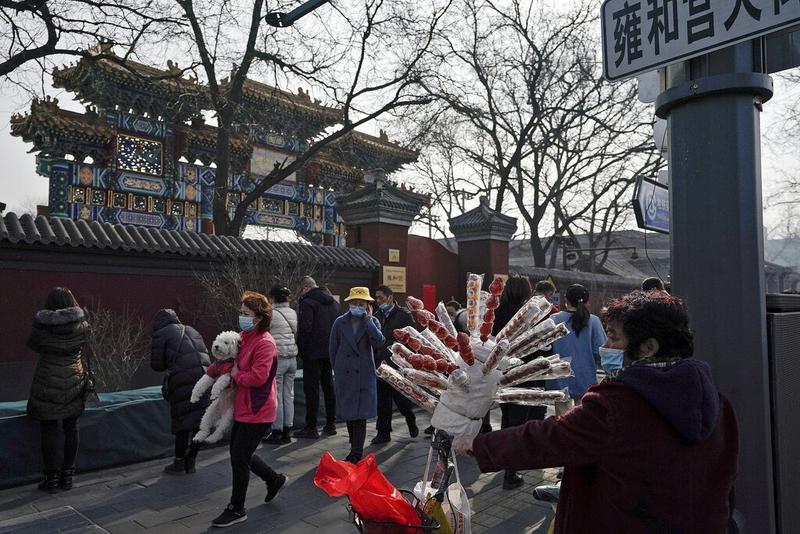 A vendor wearing a face mask to help curb the spread of the coronavirus selling sugar-coated haws on a stick on her bicycle as worshippers offer prayers outside the closed Yonghegong Lama Temple during the first day of the Lunar New Year in Beijing, Feb 12, 2021. (ANDY WONG / AP)

BEIJING - The number of people who travelled in China ahead of Lunar New Year plummeted from two years ago as coronavirus restrictions curbed the world’s largest annual domestic migration.

With some 48 million more people expected to stay put in 36 major cities this year compared to years past, according to the commerce ministry, utility companies and movie theatres are preparing for heightened demand.

The seven-day celebration, which kicked off on Thursday, is China’s most important national holiday and is usually marked by big family reunions. Millions of workers traditionally travel - sometimes thousands of kilometres from Beijing and other major cities - to their hometowns in remote regions.
ALSO READ: Innovative Spring Festival staycations planned

Data from the Ministry of Transportation, Chinese internet giant Baidu Inc and travel analytics firm ForwardKeys showed a sharp drop in the percentage of the country’s 1.45 billion population who travelled this year.

With some 48 million more people expected to stay put in 36 major cities this year compared to years past, according to the commerce ministry, utility companies and movie theatres are preparing for heightened demand.

Ministry of Transportation data showed a 70 percent drop in the number of passenger trips across the country in the two weeks leading up to Lunar New Year, compared with the same period two years ago. Travel during last year’s holiday period, during the early stages of the coronavirus outbreak, was also disrupted.

A travel index published by Baidu Inc based on GPS data from its users showed a 41 percent fall in travellers compared with 2019.

Flight bookings for the two weeks prior to the holiday stood at 32.8 percent of the equivalent period in 2019, while tickets issued during the holiday period were just 14.7 percent of the 2019 level, according to travel analytics firm ForwardKeys.

Chinese tourists showed more interest in near destinations and focused more on safety in travel consumption in 2020, according to a recent report by Chinese travel service and social-networking platform Mafengwo. Short-distance travel registered the fastest recovery from the COVID-19 setbacks within the tourism industry since the second quarter of last year.

Metropolises' outskirts and neighboring cities, such as Beijing's Yanqing district and Tonglu county in the eastern Chinese city of Hangzhou, became tourists' top choices for such trips. 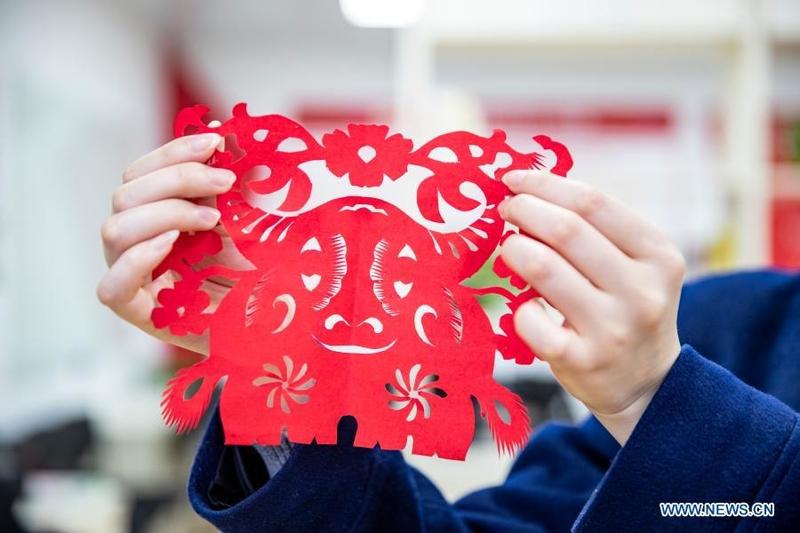 Logistics firms, energy producers and entertainment providers like restaurants and cinemas have been preparing for greater numbers of people who have stayed in the major cities.

Pre-sales of movie tickets for the holiday period stood at 1.463 billion yuan (US$226.67 million) as of Feb 11, just beating the 1.458 billion yuan recorded in 2019, according to data from Dengta, a box office data tracker run by Alibaba Pictures.
READ MORE:Wuhan prepares for happier Spring Festival

China’s State Grid expected the peak load in eastern China would increase about 18 percent over the holiday period this year, compared with 2020, while in northwestern and southwestern China it would rise 10 percent.

China Southern Power Grid estimated the peak load in southern regions would be up 14 percent from last year, as some industrial plants are expected to resume operations earlier than normal years.