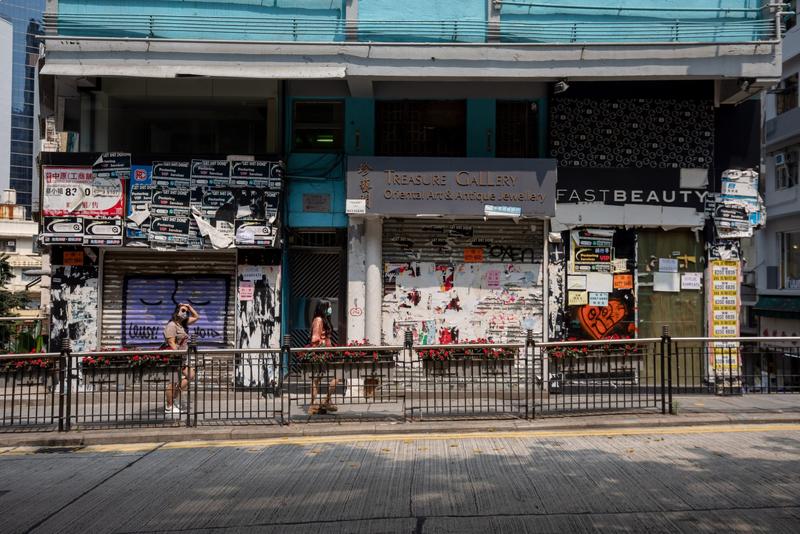 Hong Kong’s shops and businesses buckled under the full force of the coronavirus outbreak in February as retail sales plummeted by the most on record amid growing travel restrictions and social-distancing measures.

Retail sales by value fell 44 percent in the month, the largest drop on record, to HK$22.7 billion (US$2.93 billion) according to a government release. Economists surveyed by Bloomberg had forecast a median 40.3 percent decline. The slide in February marks 13 straight months of negative readings. Retail sales by volume also dropped 46.7 percent.

The business environment of retail trade will remain extremely austere in the near term, as the COVID-19 pandemic has brought inbound tourism to a standstill and severely dented local consumption demand

“The business environment of retail trade will remain extremely austere in the near term, as the COVID-19 pandemic has brought inbound tourism to a standstill and severely dented local consumption demand,” the government said in a release.

Distortions from the timing of the Lunar New Year holiday also contributed to the declines, the government said.

ALSO READ: HK retailers bite the bullet as industry braces for the worst

This latest blow to Hong Kong’s economy threatens to further extend a recession that began in 2019 after months of anti-government protests stemming from the extradition bill incident. The government currently forecasts growth in a range of +0.5 percent to -1.5 percent for the year.

Consumption in the city has been severely curtailed as Chinese mainland tourists stopped visiting last year and residents have been staying home to avoid infection during the coronavirus outbreak. Hong Kong is implementing measures to control the spread of the virus, including a ban on gatherings of more than four people and closing cinemas, gyms and arcades.

“The city’s retail sales have been contracting at a double-digit pace since last July, leaving it in poor shape to survive through the virus,” said Qian Wan, economist with Bloomberg Intelligence, before the results were released. She forecast a retail sales value decline of more than 50 percent. 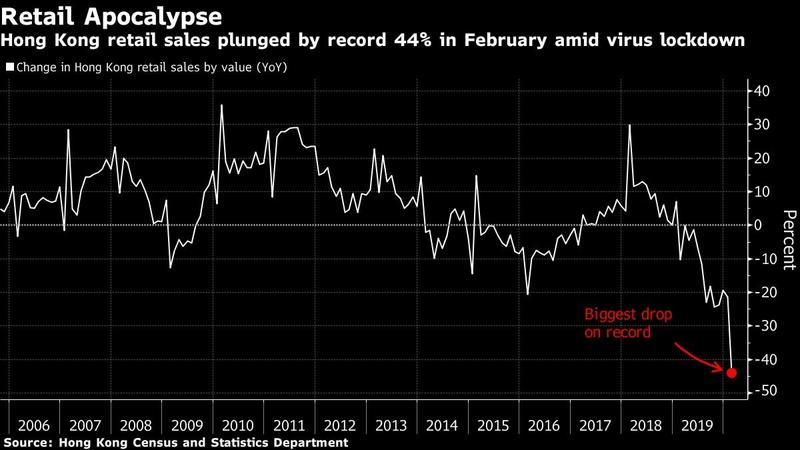 Also Tuesday, the latest figures show hotel occupancy in the city plummeted to 29 percent in February, down from 91 percent a year ago, according to the Hong Kong Tourism Board. Total visitor arrivals plunged 96 percent from a year earlier to just over 199,000 for the month, the biggest drop on record and the lowest level since February 1984, the data show. Mainland arrivals sank 98 percent, to fewer than 100,000 people.

Restaurants have been required to cut their capacity by half, as well as keeping tables at least 5 feet apart and enact temperature checks for customers.

Sophie He contributed to the report