HK retailers bite the bullet as industry braces for the worst 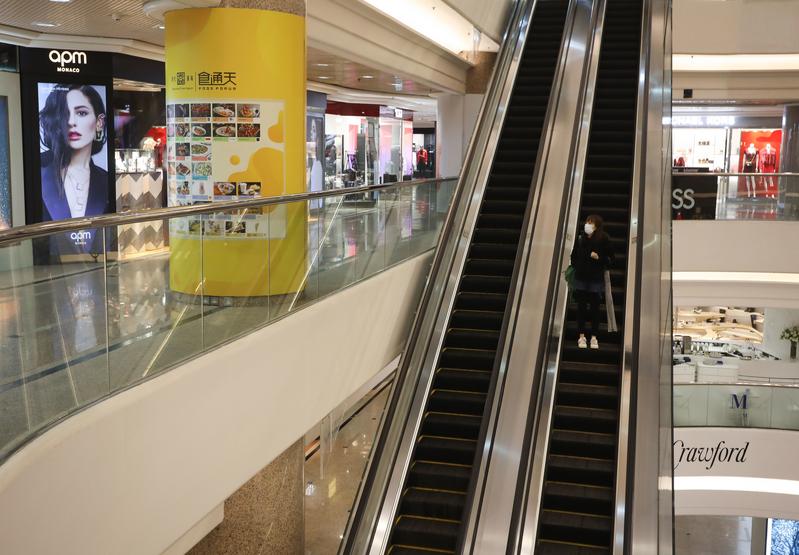 Stores at Times Square in Causeway Bay have another quiet day amid the novel coronavirus epidemic. CALVIN NG / CHINA DAILY

Having gone through a year of anguish as the months-long violent protests drove away tourists, hitting spending and threatening the survival of small businesses, there’s still no light at the end of the tunnel for Hong Kong’s once-thriving retail and tourism industries in the Year of the Rat.

A life-and-death struggle is the order of the day for these hard-hit sectors — trying to keep their heads above water as the novel coronavirus creeps into their coffers.

The worst is yet to come. More bad news has come out in February. Statistics like unemployment are just a lagging indicator, reflecting how difficult the true situation is

As part of efforts to bring down costs, Hong Kong’s biggest cosmetics retailer Sa Sa International, iconic restaurant chains Tsui Wah Holdings and Tai Hing Group Holdings, and furniture retailer Pricerite Group are among the first to bite the bullet, cutting the salaries of its executive directors. Jewelers Chow Tai Fook, Lukfook, Tse Sui Luen and Chow Sang Sang, along with Sa Sa, led the pack by shutting down their flagship stores in the city and telling employees to take leave or pay cuts, or shortening their working hours.

Annie Tse Yau On-yee, chairwoman of the Hong Kong Retail Management Association, said the first 10 days of the Chinese New Year — the biggest holiday of the year and traditionally the peak season for the city’s retailers — saw businesses of apparel and department stores slump by 50 to 60 percent on average from a year ago, with sales of high-end consumer goods plunging by as much as 80 percent.

She warned that the battered retail sector would be bracing for a 30 to 50 percent slump in sales in the first half of this year.

Hong Kong’s retail sales in 2019 posted the steepest drop since 1998, tumbling more than 24 percent in the last quarter of last year — the worst quarter on record.

As tourist arrivals in Hong Kong extended their free fall this month, dropping to a daily average of under 3,000 from about 100,000 in January, the struggling retail business is seeing “no sign of a recovery in the first six months of the year”, said Billy Mak Sui-choi, associate professor of Hong Kong Baptist University.

Simon Wong Ka-wo, president of the Federation of Restaurants and Related Trades, said more than 100 restaurants have shut down, and nearly 90 percent of restaurant bookings were canceled in January, adding to concerns that the industrywide unemployment rate would shoot up to 7 percent.

“This is the worst I’ve ever seen, even worse than what we had suffered during the 2003 SARS epidemic,” he said.

Liberal Party lawmaker Peter Shiu Ka-fai, who represents the wholesale and retail sector in the legislature, said retailers are in dire straits, with industrywide unemployment — now at 5.2 percent and well above the city’s overall jobless rate of 3.4 percent — expected to see a sharp spike in the coming months.

“The worst is yet to come. More bad news has come out in February. Statistics like unemployment are just a lagging indicator, reflecting how difficult the true situation is,” he said.