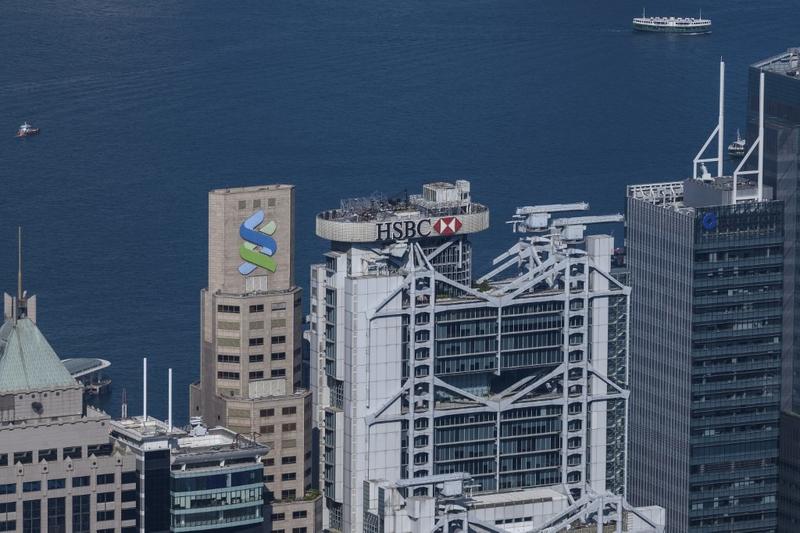 Lenders in the Asian financial hub, including HSBC and Standard Chartered, are seeing a drop in demand for mortgages, credit card usage and corporate loans, bankers with knowledge of the matter said.

Lenders in Hong Kong, including HSBC and Standard Chartered, are seeing a drop in demand for mortgages, credit card usage and corporate loans, bankers with knowledge of the matter said

Hong Kong banks have Asia’s largest exposure to the Chinese mainland, which accounted for 29.4 percent of banking system assets in the first half of last year, credit ratings agency Fitch says.

Some of the banks have already started stress testing select parts of their mainland and Hong Kong businesses as fears grow amid the outbreak of the virus that originated on the mainland late last year.

Some of the companies in Hong Kong "were already hanging from a thread" after months of unrest stemming from the extradition bill incident, "and now the virus has come on top of that", said Sonny Hsu, senior credit officer for financial institutions group at Moody’s Investors Service.

“The combined effect will be much more. This time, it will be more of a problem loan and credit cost issue,” Hsu said.

An extended disruption to economic activities would weaken the banks’ asset quality and profitability, and will be a credit negative, the rating agency said.

"(The) first quarter is usually a busy month for us as clients work on their plans for the year ahead," a senior banker at a large global bank in Hong Kong said, adding that this year, the trade finance volume is down 15 percent to 30 percent on the mainland and in Hong Kong.

The biggest impact on asset quality in Hong Kong will come from retail, hotels and property as the city’s economy, already in recession after months of protests, faces increased headwinds due to the coronavirus, the banker added.

Some banks are also concerned about the likely push from Chinese authorities to extend loan repayment periods as well as make cheaper credit available, the bankers said.

The biggest impact on asset quality in Hong Kong will come from retail, hotels and property, a senior banker said

“We are not thinking about origination of new business much - (the) bulk of work is focused on minimizing the hit to asset quality. It won’t be business as usual for the next two quarters at least,” a retail banker with a global bank said.

Unemployment in Hong Kong reached its highest in three years in January at 3.4 percent, while bankruptcy petitions submitted rose to 703 last month up from 665 a year-ago, data showed.

READ MORE: HK companies have no safety net in fight for survival

HSBC, which made 40 percent of its revenue from the mainland and Hong Kong in 2019, said last week it could take up to US$600 million in additional provisions against loan losses if the coronavirus outbreak persists into the second half.

Hong Kong-based Bank of East Asia (BEA) said last Wednesday it expected a deterioration of 10-20 basis points in credit cost, the percentage of provisioning for bad loans out of total lending, for its local business in 2020 due to the economic downturn. BEA declined to comment further.

StanChart, which also makes the bulk of its profits in Asia, is expected to echo these comments when it reports on Thursday. It declined to comment ahead of its results.