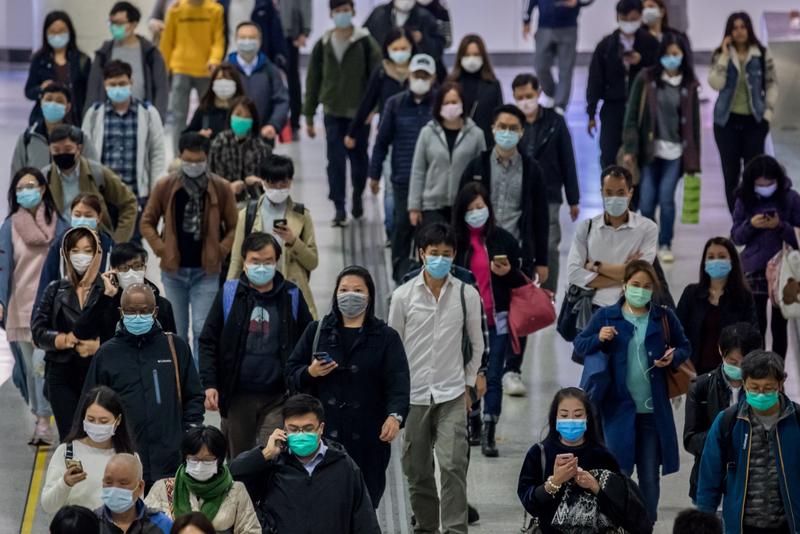 Hong Kong’s jobless rate rose in January for a fourth straight month, reaching its highest level since 2016 as the city’s businesses struggle from the social unrest and also from the disruption starting late in the month caused by the coronavirus outbreak.

Unemployment for consumption and tourism-related sectors remained at 5.2 percent, the highest in more than three years, said Hong Kong's Secretary for Labour and Welfare Law Chi-kong

The city’s jobless rate rose to 3.4 percent for the November to January period, the same as the median forecast in a survey of economists. The string of increases was the longest since 2009, in the aftermath of the global financial crisis. The data does not reflect the full impact of shutdowns from the coronavirus outbreak, which emerged toward the end of January.

Hong Kong’s economy last year fell into its first annual recession since 2009 as months of often violent protests stemming from the extradition bill incdient put pressure on employers in the city’s services industries including restaurants, bars, travel agencies, hotels and shopping malls. Visitor arrivals, especially from the mainland, have evaporated amid the anti-government protests and further severe declines are expected in February with little travel to Hong Kong because of the virus outbreak. 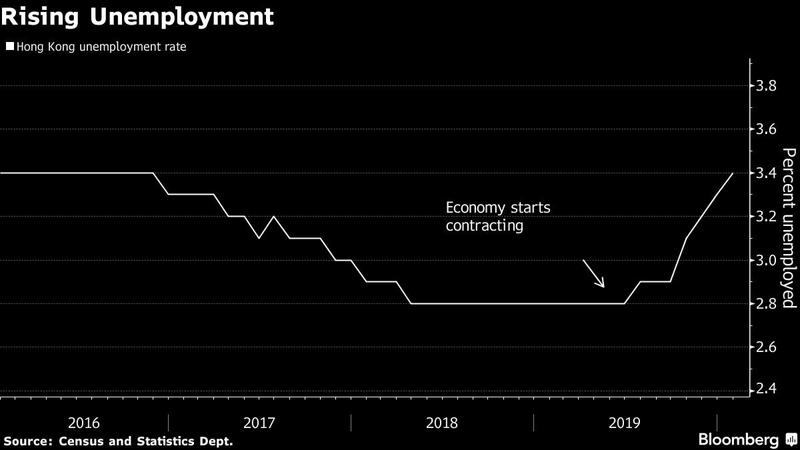 “The labor market will be subject to even more pressure in the near term, as the threat of the novel coronavirus infection has already caused severe disruptions to a wide range of economic activities lately, particularly the consumption- and tourism-related sectors,” said Law Chi-kwong, Hong Kong's Secretary for Labor and Welfare in a government statement. Unemployment for consumption and tourism-related sectors remained at 5.2 percent, the highest in more than three years, Law said.

The jobless rate in the construction sector rose further to 5.7 percent the highest level in close to six years, according to the statement.

Hong Kong's Chief Executive Carrie Lam Cheng Yuet-ngor announced last week a range of measures to assist the affected sectors in order to minimize any negative impact on the labour market due to company closure, as well as to provide assistance for low-income families.