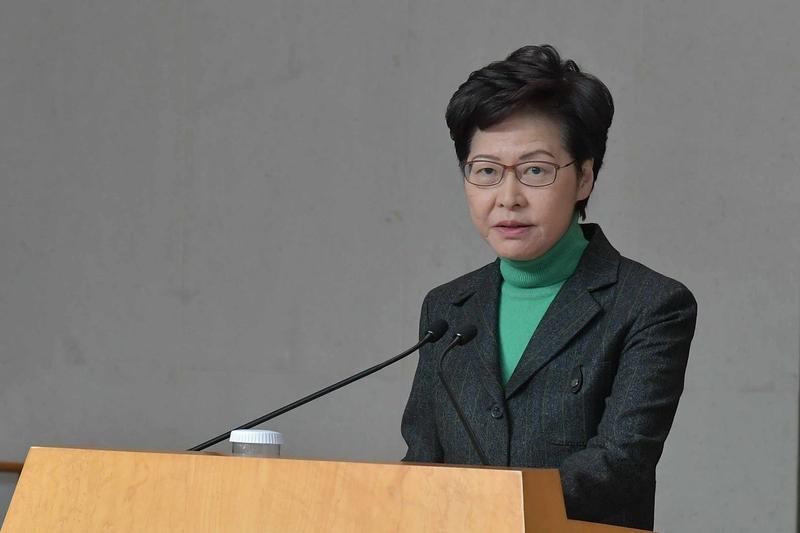 Briefing the press before her weekly meeting with the Executive Council, the CE said from the allocation, HK$1 billion will be spent on purchasing face masks from around the globe. The proposal to expand the purse to fight the virus will be tabled and discussed by the Finance Committee of Legislative Council on Friday.

I sincerely hope legislators could pass the funding application as soon as possible.

"I sincerely hope legislators could pass the funding application as soon as possible. We will explain the urgency and implementation timetable for each measure in the documents submitted to LegCo,” she said.

Lam last week had said the government would give one-off payments to businesses across the city and the Hospital Authority.

At the press conference, Lam said about 10 residents stranded in Japan on board the quarantined cruise ship, Diamond Princess, were yet to get in touch. She urged them or their family members to provide information to the immigration department soonest for evacuation arrangements.

She said a second batch of 30 officials, including eight medical staff, will fly to Japan on Tuesday. All 352 Hong Kong residents, as well as five Macao residents, are expected to take two Cathay Pacific flights at Tokyo’s Haneda Airport on Thursday. They will be placed under a 14-day mandatory quarantine upon arrivals in Hong Kong.

At the same time, Lam said the flight departure schedule would hinge on road transport conditions on the way to the airport and whether Japanese authorities are able to finish all coronavirus tests on Hong Kong residents before Wednesday.

Lam said the unoccupied public housing block, Chun Yeung Estate, in Fo Tan was the government’s only choice to accommodate those set to be flown in from Tokyo.

She said though the government was building more isolation units by putting up prefabricated housing in vacant spaces at quarantine centers and on unoccupied land, those could be put to use only by the end of February.

Earlier, the government’s plan to requisition an unoccupied public estate in Fanling in order to set up a quarantine center was foiled by protesters who vandalized the property and set it alight. It would take about six to eight months to repair the damage.