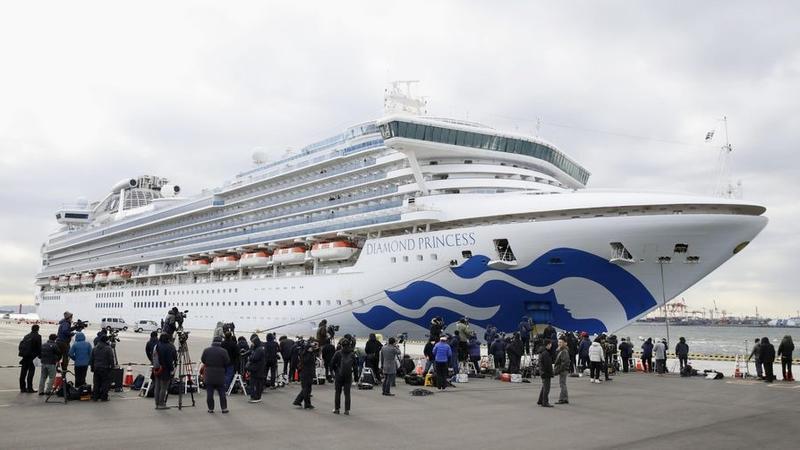 Photo taken on Feb 6, 2020 shows the "Diamond Princess", a cruise ship which has been kept in quarantine, waiting for supplies at the port of Yokohama in Japan. (KYODO NEWS VIA XINHUA)

The flights will arrive in Hong Kong on Thursday.

After arriving in the city, they will be sent to quarantine camps for 14 days

All evacuated Hong Kong residents will have medical checks before boarding the flights. After arriving in the city, they will be sent to quarantine camps for 14 days.

Each of the two chartered flights has 438 seats.

A 30-member team, led by Immigration Director Tsang Kwok-wai, headed for Japan on Monday to prepare the evacuation, said Lee, who talked to the media at Hong Kong International Airport. The team’s other members include officers and employees of the Security Bureau, Immigration Department and Health Department, along with eight medical workers.

Another team, for coordination, will leave on Tuesday.

Lee said the 30-member team will communicate with Japanese officials to make arrangements for disembarkation of residents who finish the coronavirus test as soon as possible.

As of Monday afternoon, the number of infections on the ship had risen by 99 to 454. At least 21 Hong Kong residents had been confirmed as infected.