HK companies have no safety net in fight for survival 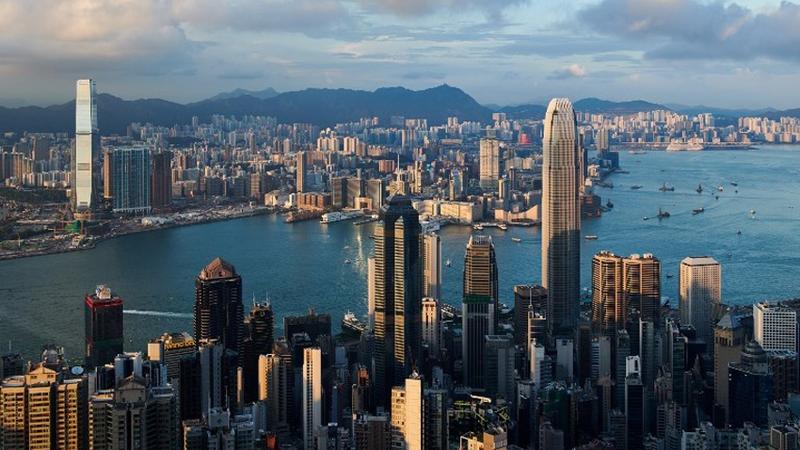 Hong Kong is being threatened by a “tsunami-like” cataclysm, the city’s finance chief has warned, as the new coronavirus devastates businesses already hobbled by months of anti-government protests stemming from the extradition bill incident. The financial hub’s lack of a bankruptcy process will only exacerbate the pain.

Unlike in the US, Australia and rival Singapore, businesses in Hong Kong don’t have recourse to any corporate rescue procedure when in difficulties. The lack of a proper legal framework for seeking bankruptcy protection, which has been deliberated on for a quarter century, means companies are forced into liquidation, according to Johnson Kong, the president of the Hong Kong Institute of Certified Public Accountants.

The lack of a proper legal framework for seeking bankruptcy protection, which has been deliberated on for a quarter century, means companies are forced into liquidation, according to Johnson Kong, the president of the Hong Kong Institute of Certified Public Accountants

“If we had the laws in place earlier, companies could have a better chance to survive this hit,” Kong said in an interview last week.

Formal procedures give cash-strapped companies the opportunity to turn around, instead of immediately winding up and leaving employees and creditors unpaid. In the US, for example, Chapter 11 protection helped the once troubled toy chain Toys ‘R’ Us come back.

Kong expects a wave of failures with the virus outbreak keeping consumers indoors. Last year’s list of casualties was already the highest in two years as Chinese mainland tourists deserted the protest-hit city and pushed it into recession. The government has pledged HK$25 billion (US$3.2 billion) for relief measures and banks have been waiving some fees and extending loan payments.

The retail and food and beverage sectors are most vulnerable to liquidations, said Kong, who’s been involved in restructuring and insolvencies for more than 35 years.

ALSO READ: More than 1,000 restaurants set to close amid epidemic

Hong Kong has been discussing a new legal framework since as early as 1996 and proposed legislation was submitted in 2014, but never dealt with by lawmakers.

A spokesman for the Financial Services and Treasury Bureau said that a new bill is now in an “advance stage,” but any debate on it won’t happen until later this year, or early next year. “Given the complexity and technicalities of the bill as well as the concerns expressed by various stakeholders in previous exercises, we will organize a fresh round of engagement with stakeholders on specific areas in the draft bill in the next few months,” the spokesman said. 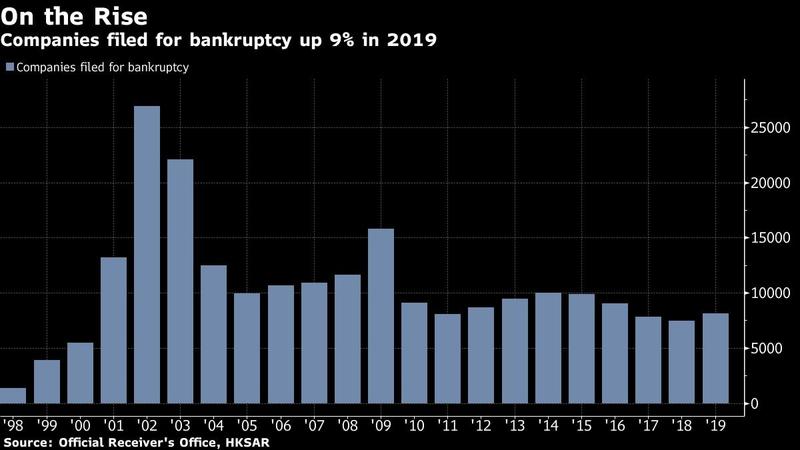 Kong, who was on the Standing Committee on Company Law Reform from 2009 to 2015, said that the government pushed for a rescue procedure after Lehman Brothers Holdings Inc. collapsed, but the economy recovered swiftly and the plan was “put on the back burner.”

January was the worst start to a year since 2015 with 703 failures, according to the latest statistics from the Hong Kong government. The city’s unemployment rate also rose for a fourth straight month, reaching its highest level since 2016. The data does not reflect the full impact of shutdowns from the outbreak, which emerged toward the end of January.

The retail and food and beverage sectors are most vulnerable to liquidations, Kong warned

Kong said that the pain for many Hong Kongers facing unemployment will also be worsened by a failure to adjust jobless benefits for inflation. These benefits, paid out by the Hong Kong Protection of Wages on Insolvency Fund, are still based on the median wage back in 1995, which is about half the current level.

Gordon Lam, a food truck owner and convener for the Hong Kong Small and Middle Restaurant Federation, said a lot of his peers are considering closing up. The virus has brought business to a standstill, while rents and staff expenses remain.

“Doing business in Hong Kong has always been pricey, but I could at least make the money to pay rent and costs,” he said. “Now there’s no business to start with.”