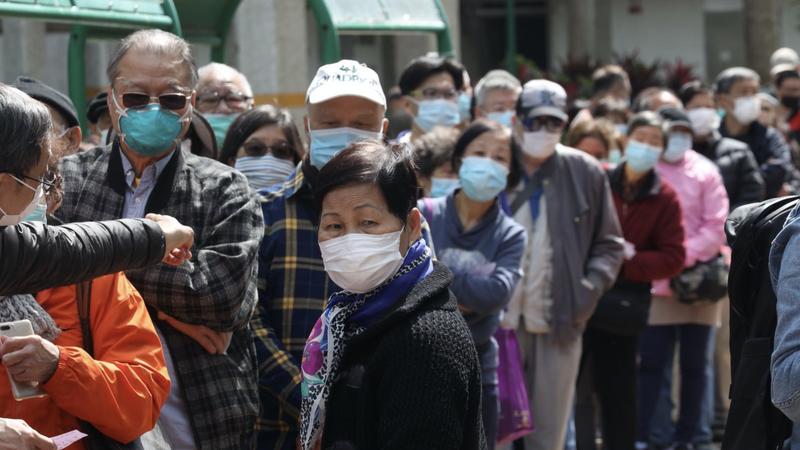 HONG KONG - Hong Kong on Monday confirmed seven new cases of the COVID-19 disease caused by the novel coronavirus, bringing the tally to 81.

The two latest patients, a man and a woman both 57 years old, are evacuees from the Diamond Princess cruise ship

The two latest patients, a man and a woman both 57 years old, are evacuees from the Diamond Princess cruise ship, now docked in Japan. Both patients, who arrived in Hong Kong on Saturday on a government-chartered flight, had not exhibited symptoms as of 8 pm on Monday, the Department of Health said.

The five other cases are a businessman, two visitors to a local Buddhist temple, and two other former Diamond Princess passengers who were flown in last week, the Hospital Authority said at a press conference.

Hong Kong's 76th and 77th residents to have contracted COVID-19 had both visited Fook Wai Ching She, a small Buddhist temple located in a residential building in North Point. Four other infected patients had visited the temple earlier.

The government contacted more than a hundred people who had visited the temple in the corresponding time and found seven to have developed symptoms. They were sent to hospitals for treatment. Another 16 have been placed under quarantine after 107 people, in all, were tested.

The 75th Hong Kong resident to have contracted the disease is a 35-year-old businessman who visited the Chinese mainland in early February.

Also at the briefing, a HA representative said that frontline medical workers shouldering high-risk special duties since Jan 25, when an emergency was declared, will be entitled to a daily subsidy of HK$500 or 20 percent of the basic salary. This measure is expected to benefit around 25,000 medical staff.

Separately, the Hong Kong government is considering sending a medical team to Japan to attend to 70 Hong Kong residents infected with the novel coronavirus and currently on board Diamond Princess.

Bonnie Wong Chun-kwan, senior medical and health officer of the Department of Health, told reporters in Hong Kong that the department has been in touch with 16 of the 70 infected patients. Four of the 16 are in critical condition, two in serious condition, and the other 10 are stable.

READ MORE: HK companies have no safety net in fight for survival

Wong said that the all infected Hong Kong patients in Japan have received proper medical treatment. In addition to the 70 infected patients, 30 other people who were in close contact with them are also quarantined in Japan.

So far, 213 out of 364 Hong Kong residents aboard the Japanese cruise ship have returned to Hong Kong and are now under a 14-day mandatory quarantine in Chun Yeung Estate in Fo Tan. Four of the quarantined passengers tested positive for the novel coronavirus during a preliminary examination.