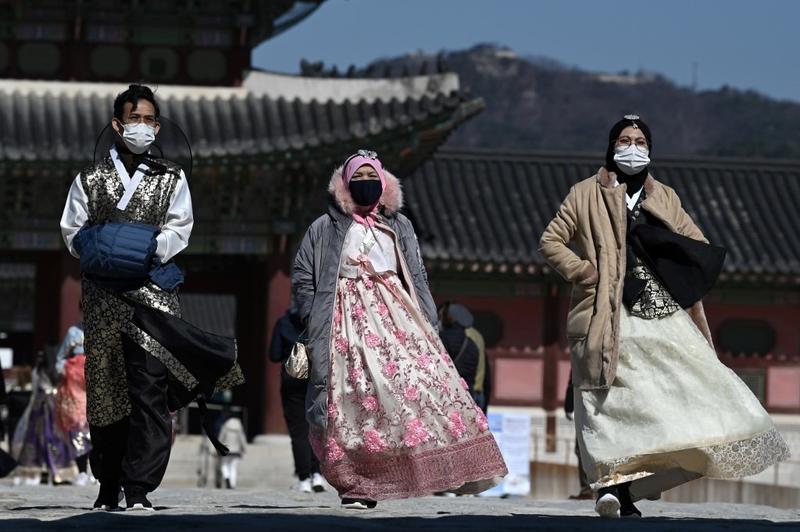 HONG KONG -  The Hong Kong government warned residents on Monday to avoid all non-essential travel to South Korea, as the government in Seoul reported 231 new cases of the coronavirus, taking the country’s total to more than 800.

Fears of a coronavirus pandemic grew on Monday after sharp rises in new cases reported in Iran, Italy and South Korea but China relaxed restrictions on movements in several places, including Beijing, as its rates of new infections eased.

Travel agents in Hong Kong have cancelled all tour groups leaving before March 31 to South Korea, a popular destination for Hong Kong residents, in response to the mass outbreak of novel coronavirus pneumonia there.

South Korea recorded 763 confirmed infections after adding the latest cases in Daegu, the fourth largest city of the country.

On Monday, Hong Kong’s neighboring city Macao has required all overseas visitors who have traveled to South Korea in the past 14 days be subject to medical examination on entry.

EGL Tours said it has cancelled 45 group tours with a total of 900 tourists scheduled to leave before March 31 to South Korea.

Hong Thai Travel Services, a major travel agency, said it too has canceled all its tours to Seoul before March 15 for the safety of its travelers and guides.

Hong Thai said around 30 tours with 570 travelers would not depart as scheduled for the coronavirus-hit country.

In addition, Wing On Travel and Big Line Holiday also announced cancellation of all their pre-March 31 group tours to South Korea. A total of 1,000 tourists in 50 groups by Big Line will be affected.

All four travel agencies said affected travelers can change their destinations or join the tours to South Korea after the epidemic is brought under control. They are also entitled to apply for a refund.